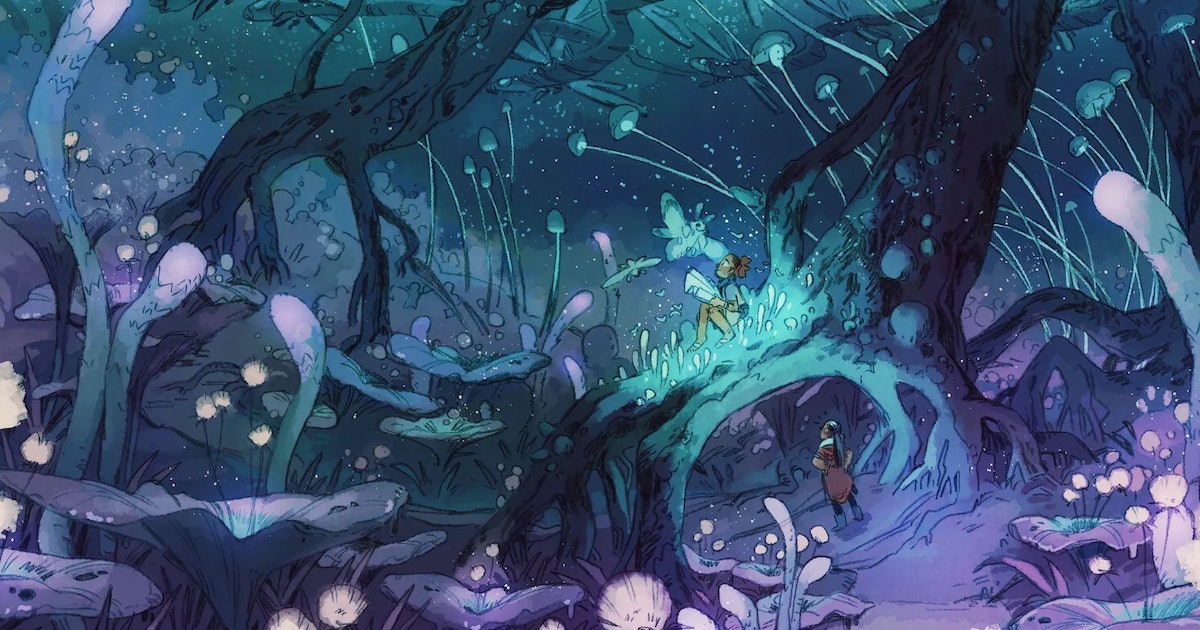 My first playthrough of I Was a Teenage Exocolonist was a mess. My parents passed away, the colony was taken over by a dictator, and my partner ended up being a nationalist. I did manage to become a Botanist, which feels like a win. But I couldn’t help but think, “Surely there’s a better ending than this?” Clicking the redo button was an easy decision — and the game’s endless replayability is one of its greatest narrative strengths.

This time, I was besties with the depressed kid with a bowl cut and his smarty-pants lesbian sister. Things were better. More people lived.

There’s a reason why I Was a Teenage Exocolonist was nominated for The Game Awards’ 2022 Games for Impact Award. Though it’s not one of the show’s flashiest awards, it’s one of the most important. It helped put indie games on the same stage as big-budget titles like Elden Ring.

I Was a Teenage Exocolonist challenges players with choices in a deceptively chill deck-builder setup. Every month, you pick between activities that raise specific stats like Bravery, Reasoning, and Toughness. These stats determine what actions you can take throughout the course of the story. In some cases, it’s literally a choice between life and its end.

Some events happen without fail in every playthrough. You’re born into the Stratos colony to the same parents, who basically support you in anything you do. The colony goes through a food shortage. An alien attack wrecks all the buildings and kills many of the colonists, nearly destroying the colony in its entirety during one particularly tough year. The colony is then taken over by a meathead dictator, who crash lands on the planet with their own colony called Helios, and the two factions are forced to merge.

But you can make a difference in how these problems unfold, evolve, and ultimately end. If you stop the food shortage, you save your mother’s life. If you run into the admnistrative building during the alien attack, you can save the current governor. You can even overthrow the dictator if you spend enough time building your Persuasion skill and bonding with Marz, the sassy girl with an eye for sophistication. She might seem bossy at first, but if you get to know her, you find someone surprisingly sentimental who loves a good debate.

There are tons of side stories to explore, and when you do, the game rewards you with cards and illustrations. You can help the hippie kid raise his pet alien and mend a broken relationship at a bar that wouldn’t exist without your help. It encourages the player to try again if only to see the different sides of the characters and the outcomes of each situation.

In my first playthrough, I smooched my tomboyish childhood friend, Anemone. She grew up as an energetic, competitive child who looked up to her older brother, Kom. However, after he lost his life in the alien attack, she was inspired to enlist as a soldier. She then drifted away from the Stratos kids who prefer peacemaking and started dating the most toxic teenager on the planet: Vace.

I broke them up, though, so I think things turned out okay-ish.

Maybe if I’d just seen her as an adult, I would’ve thought, “She’s just a cop.” But, because I’d seen the little pieces of her like the kid who liked to play Sportsball with her brother, I instead thought, “She’s a person, but not a perfect one.”

I didn’t think literary fiction had a place in video games until I experienced this one.

The colorful language fills in the gaps where voice acting or animations would be, especially when combined with the expressive character portraits, which are particularly evocative. It’s like reading a thriller late into the night, urging the reader to turn the page to see what comes next.

I Was a Teenage Exocolonist checks all the right boxes: worldbuilding without the exposition drops, realism set in a compelling sci-fi world, satisfying character development, and larger societal themes about human nature. Each outcome doesn’t feel like a forced branch like a half-baked S-Support in a Fire Emblem game. All of them feel like carefully crafted branching narratives that shine through in the endings.

Even if you finish your playthrough with a relatively positive ending, you might find yourself asking: “What if?” I Was a Teenage Exocolonist is always more than willing to oblige.

My first playthrough of I Was a Teenage Exocolonist was a mess. My parents passed away, the colony was taken over by a dictator, and my partner ended up being a nationalist. I did manage to become a Botanist, which feels like a win. But I couldn’t help but think, “Surely there’s a better ending…

My first playthrough of I Was a Teenage Exocolonist was a mess. My parents passed away, the colony was taken over by a dictator, and my partner ended up being a nationalist. I did manage to become a Botanist, which feels like a win. But I couldn’t help but think, “Surely there’s a better ending…

28 years later, Final Fantasy’s most dramatic twist is still its most profound

22 years ago, Final Fantasy went back “to our roots” — and changed my life forever