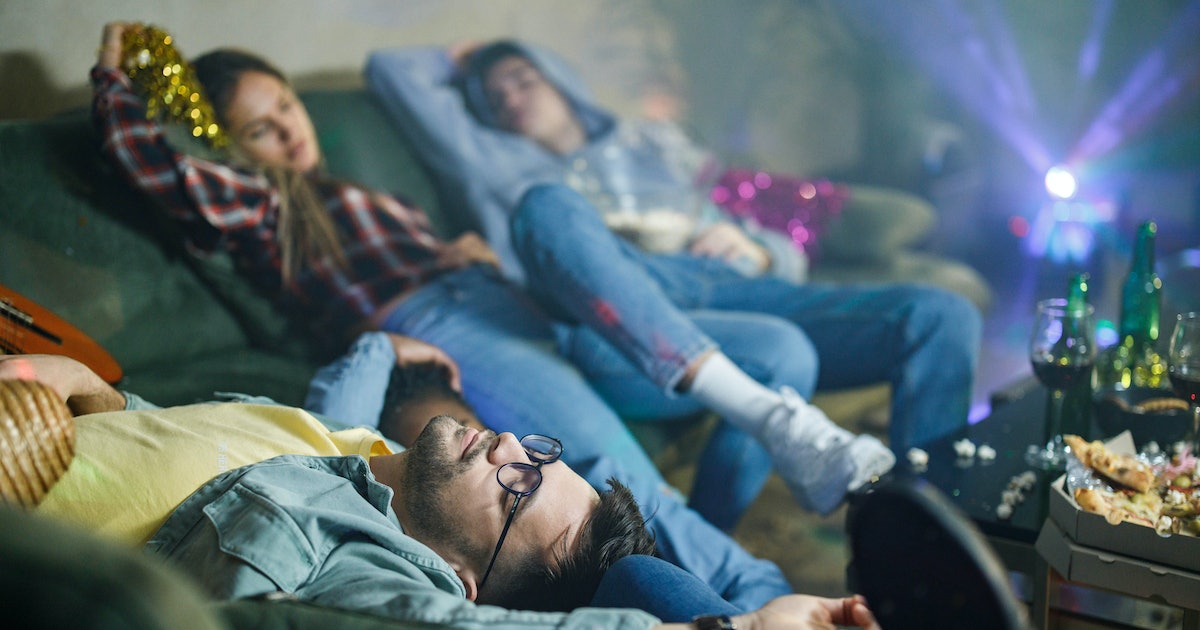 After a good night out, you may not be surprised when you wake up feeling rough the next morning. But what may surprise you is if your friends aren’t feeling the same way. Some may feel worse, some better, and some (if they’re lucky) may not feel any of the negative consequences at all.

This is the variability of a hangover. In research, hangovers are measured on an 11-point scale (zero being no effects and ten being extremely hungover). In my own research, participants have reported hangovers on this scale anywhere between one (very mild) to eight (severe) — while other research has estimated around 5 percent of people may be hangover resistant.

So why the difference? There’s more to it than simply how much we drink. Researchers are now starting to explore the many biological and psychological mechanisms that could influence our experience during hangovers.

The biology of hangovers

Some research suggests that people with a variation of the gene ALDH2 report experiencing more severe hangovers.

Age and sex can also influence the way in which a hangover is experienced. A recent online survey of 761 Dutch alcohol consumers has found that hangover severity declines with age, even when accommodating the amount of alcohol consumed. Interestingly, the authors also reported differences in hangover severity between men and women. These sex differences were greater in younger drinkers, with young (18 to 25-year-old) men tending to report more severe hangovers compared to young female drinkers. However, it’s not currently known why these differences exist.

The psychology of hangovers

Certain psychological traits may be linked to how a hangover is experienced — including anxiety, depression, stress levels, and even personality.

Previously, research suggested that neuroticism, a broad personality trait that tends to cause people to see the world negatively, can predict the severity of a hangover. However, recently this idea has been disputed, with another study finding no link between hangover and personality.

This is somewhat surprising, given that extroversion (a personality trait usually characterized by being sociable and outgoing) is positively associated with binge drinking behaviors in college students — though it doesn’t appear to be linked to worse hangovers. This is despite evidence that more frequent heavy drinking is linked to more severe hangover experiences.

Anxiety, depression, and stress are all also linked with more severe hangovers. Each of these moods is associated with a “negative bias” — a tendency to interpret the world more negatively. Our findings show hangovers also tend to make people negatively interpret the world. As a result, hangovers may exacerbate this negative bias, leading some people to feel worse than others.

It’s possible that the way we cope with adverse situations could underlie the variation in hangover experiences.

Pain catastrophizing refers to the extent to which a person emphasizes the negative experience of pain. Research shows that people with high scores of pain catastrophizing report more severe hangovers — suggesting that they’re focusing on their negative symptoms and possibly amplifying them. Other studies have also shown that people who tend to cope with their problems by ignoring or denying them tend to experience worse hangovers.

Emotion regulation is another key psychological mechanism that helps us to deal with difficult situations by effectively managing and responding to emotional experiences. Interestingly, although people who are hungover report feeling it’s more difficult to regulate their emotions, this may not actually be the case — with research showing participants are just as able to control their emotional response compared to those who weren’t hungover. This could mean that people choose easier (but less effective) regulatory strategies during a hangover — such as avoiding feelings of guilt or shame. But this is yet to be determined.

Although researchers may have identified a few natural compounds which may alleviate overall hangover symptoms, further research is still needed to determine whether these should be recommended for treatment. In the meantime, the best strategy for alleviating your hangover is going to be up to you to determine.

But one study suggests a strategy commonly used by students to cope with the misery of a hangover — by “suffering” together and bonding on their experiences — may help relieve at least some of the negative emotional effects of a hangover. Taking care of your own personal well-being more generally and finding better strategies to reduce stress levels, and adopting better coping mechanisms may also help you deal with the negative consequences of a hangover.

Though, of course, if you want to avoid a hangover, you could always choose non-alcoholic alternatives.

This article was originally published on The Conversation by Craig Gunn at the University of Bristol. Read the original article here.

After a good night out, you may not be surprised when you wake up feeling rough the next morning. But what may surprise you is if your friends aren’t feeling the same way. Some may feel worse, some better, and some (if they’re lucky) may not feel any of the negative consequences at all. This…

After a good night out, you may not be surprised when you wake up feeling rough the next morning. But what may surprise you is if your friends aren’t feeling the same way. Some may feel worse, some better, and some (if they’re lucky) may not feel any of the negative consequences at all. This…

Can doctors cure tinnitus? An ear expert explains how to drown out the ringing

New study reveals a promising way to avoid it