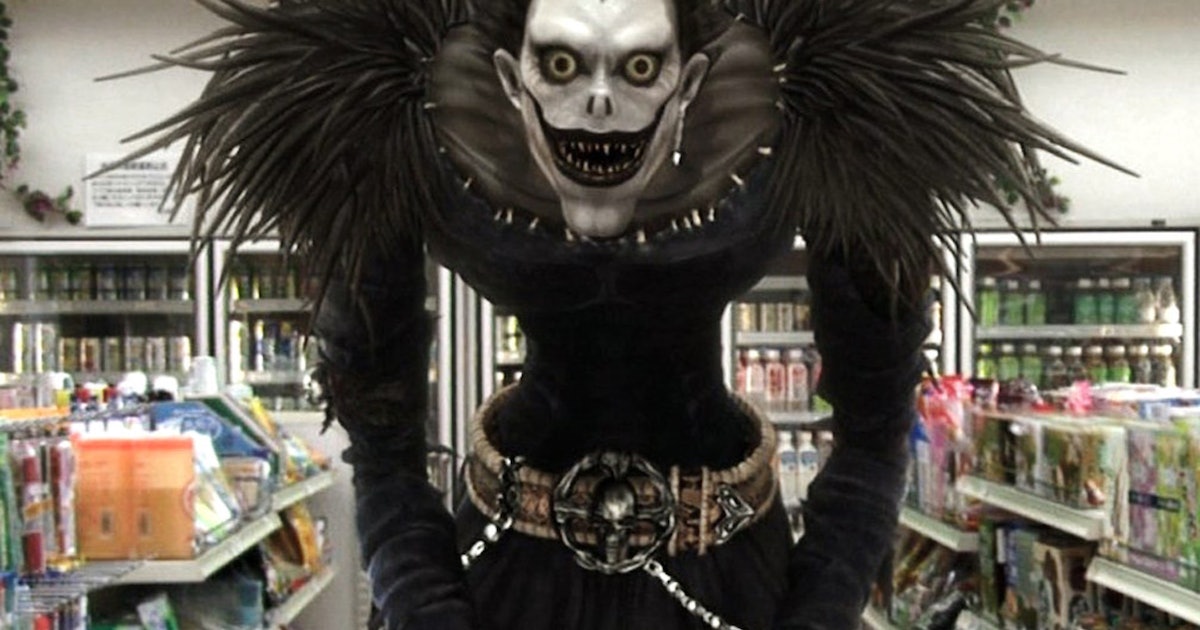 Netflix has a live-action anime problem — but can it finally succeed?

Netflix is trying its hand yet again with live-action anime: this time, the streamer is sending its subscribers to the top Hero Academy in Japan, U.A. High School, along with its “quirky” powered-up students. The beloved sci-fi shōnen manga and anime, My Hero Academia, will join the ranks of teen live-action superhero shows like Gen V, Ms. Marvel, and Stargirl on Netflix.

Other titles queued up on Netflix’s live-action anime slate include a Yu Yu Hakusho series, a Sword Art Online series, a One Piece series, and a Pokémon series, along with an Avatar: The Last Airbender series.

For some comic-book and manga fans, getting to see their favorite animated titles come to life on-screen in a whole new way is exciting, offering them the rare chance to re-experience familiar shows and stories with different sights and sounds. But some fans are … skeptical.

Live action comics-to-TV adaptations (or comics-to-movies) don’t always translate as well as animation. Both Marvel and DC have had their fair share of flops amongst their hits (Thor 4, She-Hulk, The Inhumans, Batwoman, She-Hulk, Black Adam), and anime hasn’t been immune to this issue, either.

The manga and anime live-action adaptations that have succeeded, like Detective Pikachu, Oldboy, Blade of the Immortal, Rurouni Kenshin, Assassination Classroom: Graduation, and Alita: Battle Angel, have all embraced the over-the-top nature of the anime, and don’t try to fully ground it in reality, giving directors, cinematographers, and actors more room to play and be flexible with tone that whiplashes between dark and emotional, and straight-up wacky and comedic. This kind of tonal shifting is something that Asian TV and cinema is, so far, more adept at than Western TV and cinema.

Netflix is banking big on live-action anime, but most of their past outputs (Death Note and Cowboy Bebop, in particular) have been lackluster and generally devoid of soul. Netflix’s only good live-action manga adaptation at the moment is Alice in Borderland, a Japanese-language sci-fi thriller based on the story of the same name by Haro Aso and directed by Shinsuke Sato, which captures the cleverness and suspense of the original graphic novel. Alice in Borderland fared so well on Netflix when it debuted worldwide on December 2020, that the streamer greenlit a second season premiering today on the platform.

Can Netflix finally succeed with their attempts at live-action anime? Is Alice in Borderland an exception to the rule, or is it a justifiable reason to get excited for the streamer’s future offerings? Let’s get into it.

Death Note (2017): The 2006 Japanese live-action film version of Death Note was superb. So, why did Netflix’s 2017 take on the story tank? Though all of Netflix’s Death Note ensemble cast was made up of strong actors like Margaret Qualley, LaKeith Stanfield, and Willem Dafoe, there were no Japanese actors playing main characters. Moreover, the rules of the titular Death Note, and the overall philosophy of the original show and manga were inconsistent, possibly because of elements of the story getting literally lost in translation. Cultural nuances whooshed over director Adam Wingard’s head. In the end, Netflix’s rendition of Death Note failed at hitting the notes of a tense and gripping psychological thriller, and instead settled with becoming a generic YA/teen drama (and a mediocre one, at that).

Cowboy Bebop (2021): All seemed like it was going to go great with Netflix’s live-action Cowboy Bebop. John Cho and Mustafa Shakir would be starring, the — and not using this word lightly — iconic jazzy music of the original anime would be in this new version of the show, and there’d be a real-life corgi. What could possibly go wrong? Cowboy Bebop was an immediate shipwreck, earning a cancellation less than a month out on the streamer. Netflix’s Cowboy Bebop lacked the flair and the razzle-dazzle of the 1998 anime, as well as its aesthetic vibrancy and steam-punk style. Casting Elena Satine as the enigmatic, femme fatale Julia — the woman who breaks hero Spike Spiegel’s heart — was a miss, as was casting Alex Hassell as the sadistic Vicious, who both played their characters with far too much comedic relief. Worse, the core three characters — Spike, Faye, and Jet — had no on-screen chemistry in spite of being portrayed by excellent actors. In short, Netflix’s Cowboy Bebop had no soul.

Alice in Borderland: Unlike Netflix’s Death Note and Cowboy Bebop, Alice in Borderland stayed mostly faithful to its source material and embraced both its canon plot and genre-hopping, and was helmed by Japanese director Shinsuke Sato. Sato was able to keep the source material’s language the same since it is his native tongue, and the show’s cast is Japanese — this means that the folks involved with the project behind and in front of the camera are better equipped to directly translate the source material and understand its cultural nuances and pop culture references, which are intrinsic to most manga and anime storylines set in Japan. Alice in Borderland was notably bolstered by the momentum of the South Korean dystopia show Squid Game, but the series holds up on its own.

Looking ahead: My Hero Academia, One Piece

One Piece: Good news for One Piece fans is that the creator of the best-selling manga in history, Eiichiro Oda, is executive producing the Netflix show. In addition, the studio that publishes the manga, Shueisha, is co-producing. One Piece seems like it’ll try to be faithful to the canon. The entire cast, for example, is very diverse, but close enough to their characters’ nationality analogues— Luffy’s is Brazilian/Latino, as he is from the fictional Goa Kingdom, which is based on the state of Goa in Portuguese India in the 1500s. In the Netflix adaptation, he’ll be portrayed by Mexican actor, Iñaki Godoy.

Netflix also seems to be going through great pains to make whimsical and almost surreal sets to match the illustrations of the manga and anime, and it is taking its time to perfect its product — it’s been in the production process for at least three years. However, One Piece is one of the longest-running manga and anime ever, with well over a thousand chapters and episodes. It isn’t exactly the most simple property to convert into a live-action. If Season 1 actually does go well, Netflix may have to take a colossal risk and replace the cast every couple of seasons like BBC’s Doctor Who, a changing of the guard that is never without controversy or complaints.

My Hero Academia: A live-action My Hero Academia straight-to-streaming flick is coming at a great time — superhero movie momentum is still going strong, mostly monopolized by Marvel and DC and begging for a worthy studio challenger. Bonus? Alice in Borderland’s Shinsuke Sato, who has proven he knows how to handle manga adaptations for the platform, is attached to direct. And Netflix has proven that it knows how to do YA well. However, Netflix’s legacy with live-action anime holds it back, and it may be difficult to persuade manga and anime fans to give the streamer a second chance.

It’s too soon to tell, but Netflix may surprise us, during its Alice in Borderland era, with more thoughtful live-action anime adaptations.

Alice in Borderland Season 2 is streaming now on Netflix.

Netflix is trying its hand yet again with live-action anime: this time, the streamer is sending its subscribers to the top Hero Academy in Japan, U.A. High School, along with its “quirky” powered-up students. The beloved sci-fi shōnen manga and anime, My Hero Academia, will join the ranks of teen live-action superhero shows like Gen…

Netflix is trying its hand yet again with live-action anime: this time, the streamer is sending its subscribers to the top Hero Academy in Japan, U.A. High School, along with its “quirky” powered-up students. The beloved sci-fi shōnen manga and anime, My Hero Academia, will join the ranks of teen live-action superhero shows like Gen…

Alice in Borderland Season 3? How the Season 2 ending sets up a new chapter