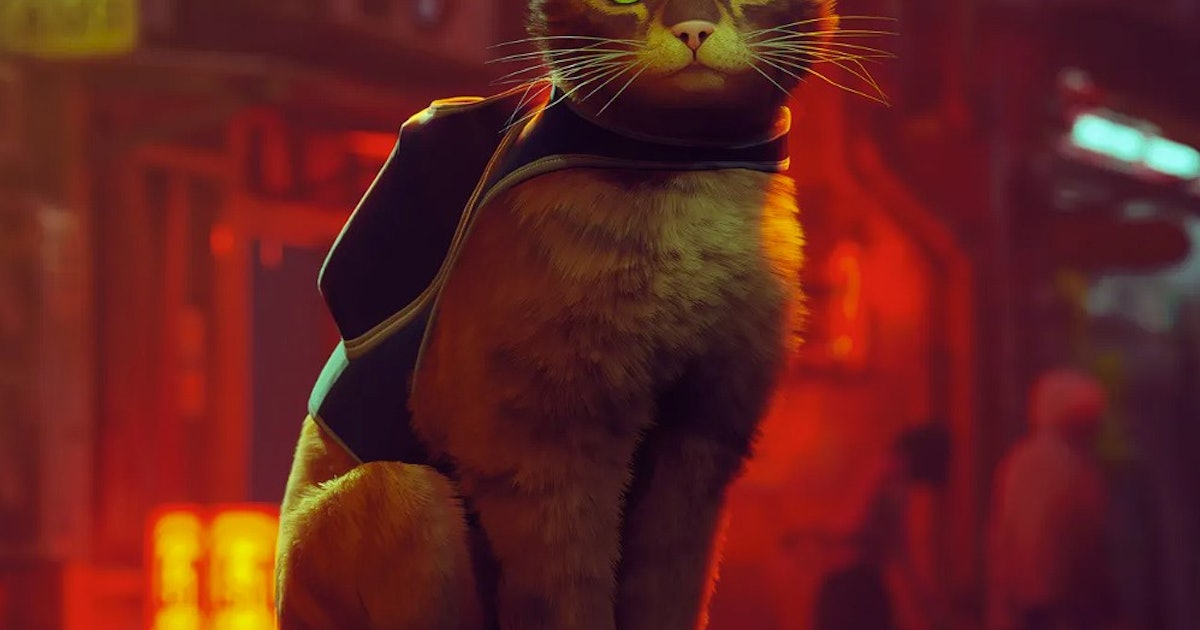 Bigger isn’t always better, and 2022’s indie games prove it. While there were plenty of incredible AAA stunners this year, like Elden Ring and God of Wår Ragnarok, indies continue to deliver some of the best experiences in the medium.

From nostalgic adventures and fuzzy protagonists to philosophical narratives and games that broke the mold of interactive entertainment entirely, this year’s indie releases constantly surprised and delighted. They are no longer curiosities on the sidelines but unique experiences that the industry is paying more attention to. Here are the ten best indie games of 2022.

Norco is a point-and-click adventure game that describes itself as a southern gothic narrative. It takes place in a fictional town in Louisiana in a pseudo-post-apocalypse dominated by greedy corporations destroying the environment.

This stark portrait of the cost of a post-industrial world is gripping and beautifully made, making it a standout of narrative excellence in 2022.

Speaking of point-and-click, Monkey Island returned this year with a new adventure from the original creators of the series. Return to Monkey Island is a nostalgic adventure that manages to recapture the magic of the originals while also feeling fresh.

In a year of so many emotionally intensive games, the comedic joy of Return to Monkey Island is a breath of fresh air.

How do you improve upon one of the best roguelike games ever made? You make Rogue Legacy 2. The genealogy-based gameplay loop that sees you taking on the role of a constantly expanding ancestral tree returns, with more improvements that elevate the experience considerably beyond the original game.

Signalis is not only one of the best indies of the year, but hands down the best horror game of the year. This PS1-inspired thriller mixes old-school gameplay with a deeply enthralling puzzle box of a story. For anybody who thinks that modern survival horror remakes lose something special in translation, Signalis is a can’t-miss experience.

Management sims are all the rage, who doesn’t want to be their own little boss in a video game? Out of a crowded field Cult of the Lamb rises thanks to its unique twist on the formula that sees players making a deal with the devil to run a cult successfully.

The inventive premise and adorable art pull you in, but Cult of the Lamb delivers on the joys of a good management sim. Just don’t drink the Kool-Aid.

Citizen Sleeper is one of the most impactful games of 2022. Mostly developed by just one person, this game takes inspiration from tabletop role-playing games and has a unique dice-based gameplay system. It tells the story of a sleeper, a downloaded consciousness in an artificial body, who has run away to a space station to make a new life. The story confronts the wrongdoings of corporations and the struggle for bodily autonomy in a capitalist world.

While it is full of meaningful stories to explore, Citizen Sleeper is a short experience. If you want more you can play the DLC episodes, which were developed in a month each, though you wouldn’t be able to tell from how good they are.

Neon White is a Sega Genesis fever dream of adrenaline and crass humor. Mixing elements of action games, first-person shooters, platformers, and even dating sims Neon White throws everything against the wall.

You play as the titular Neon White, an assassin saved from Hell and given the task of wiping out demons to win a place in heaven. Broken up into short levels that can take just seconds to complete, Neon White will make you understand the complexities of speed-running like never before.

Tunic is a love letter to the Legend of Zelda games of the SNES era. You play as a little fox who washes ashore on a mysterious beach and must explore the world by gathering new tools and traversing enemy-filled dungeons.

Action and puzzle mechanics abound in Tunic, which hides a treasure trove of secrets for players to uncover. Tunic’s greatest moments are when the player feels a sense of accomplishment in discovery, something the game encourages you to pursue through your own deductions. Keep a notebook and pencil handy, because solving Tunic’s secrets will take real-world work.

Straddling the line between cinematic thrill-ride and video games, Immortality is the latest narrative mystery game from Her Story creator Sam Barlow. Players are tasked with sifting through hours of film footage to piece together the life of a forgotten film star. Every frame of film is crafted with a palpable passion, and an engrossing mystery will compel the player to pull on every thread they can.

Stray immediately captured the hearts of every gamer (and feline) who played it with its cat-based platforming adventure. The novelty of playing as a cat combined with a gorgeous world helped make Stray a standout experience in 2022, taking home the prizes for Best Indie and Best Debut indie (as well as being nominated for Game of the Year) at The Game Awards on December 8.

Playing as a cat isn’t just a gimmick — the engrossing world of Stray is one of the best pieces of game design in recent memory.

Bigger isn’t always better, and 2022’s indie games prove it. While there were plenty of incredible AAA stunners this year, like Elden Ring and God of Wår Ragnarok, indies continue to deliver some of the best experiences in the medium. From nostalgic adventures and fuzzy protagonists to philosophical narratives and games that broke the mold…

Bigger isn’t always better, and 2022’s indie games prove it. While there were plenty of incredible AAA stunners this year, like Elden Ring and God of Wår Ragnarok, indies continue to deliver some of the best experiences in the medium. From nostalgic adventures and fuzzy protagonists to philosophical narratives and games that broke the mold…

Which ‘FF7’ protagonist would you date? 344 readers respond