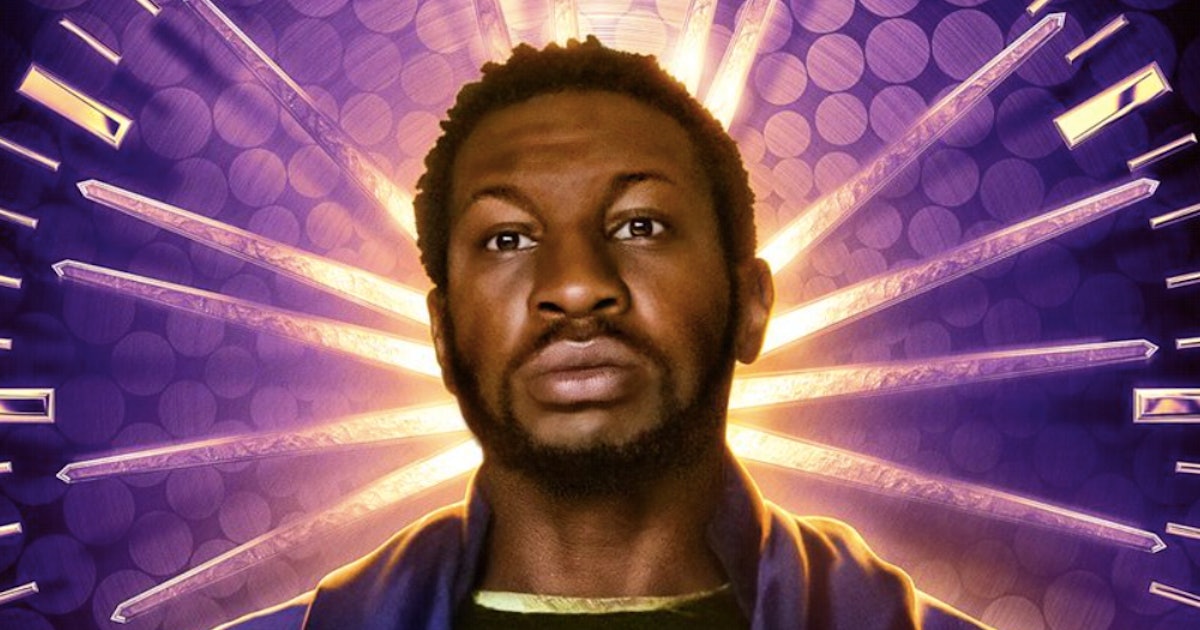 Kang Dynasty’ could be Marvel’s most unpredictable movie yet

He’s got time on his side.

Since his first appearance, Kang the Conqueror has consistently been one of the greatest threats the Avengers have ever faced, are facing, and will face. He is constant. And in 2023, he makes his official debut in the Marvel Cinematic Universe.

While we got a tease of the Multiverse Saga’s big bad in Loki, with Jonathan Majors playing a Kang variant named He Who Remains, we’ll finally the villain in his full glory in Ant-Man and the Wasp: Quantumania. After that, he’ll take center stage in the next Avengers films, Avengers: The Kang Dynasty, and probably in the follow-up, Avengers: Secret Wars, too.

Thanos will be a hard villain to top, but Kang will test the Avengers in new ways as he poses a threat not just to one universe, but all of them. The character’s comic book history is complicated, to put it mildly. He’s gone by many names, all have their own personalities and endgames. It’ll be interesting to see exactly which stories and incarnations of Kang the MCU will pull from as each of Kang’s Variants offers his own threat and means to expand the MCU in some exciting ways.

THE GUTTER is an exploration of the concepts, criticisms, and curiosities that live between the panels of comic books and their adaptations.

The many faces of Kang

Let’s take a look at some of the different Kang variants we’ll likely meet over the next few years, starting with…

Kang was born Nathanial Richards in the 30th century, a time in which Earth had evolved beyond superheroes and villains into a genuine utopia. But utopia bored Richards and he dreamed of the conquerors and rulers of the past like Alexander the Great (and his own ancestor, Doctor Doom). Building a time machine, Richards traveled to ancient Egypt and began his transformation into one of the greatest threats the multiverse had ever known. Enter…

In the past, Richards took over ancient Egypt, renamed himself Rama-Tut, and forced those under his rule to reject the old gods and worship him instead. This tactic brought him into conflict with Khonshou who would, millennia later, re-manifest on Earth through his avatar, Moon Knight. He also ensured the coming of Apocalypse (believed to be the world’s first mutant) when the mutant En Sabah Nur uncovered Richards’ technology in the desert.

Rama-Tut was the first iteration of Kang to appear in the comics in Fantastic Four #19, in which the team becomes lost in time and winds up ending Rama Tut’s rule, but that was not the end of their conflict with Richards.

Following his defeat by the Fantastic Four, Richards traveled to their time, the 20th century, and sought out the team’s greatest enemy: Victor von Doom.

(While Kang’s ancestry remains obscured, both he and the Fantastic Four believe Richard and Doom are related. It’s also been suggested that Kang is the descendent or ancestor (by way of time travel) of Reed Richards. He even shares his name with Reed Richards’ father, an entirely different character named Nathaniel Richards.)

In the 20th century, Nathaniel took inspiration from Doom and established himself as the armored Scarlet Centurion. He traveled back in time from there to one of the Avengers’ earlier battles and altered events, creating a divergent timeline and an alternate Earth with an alternate team of Avengers. He then brought those Avengers back to the present to face the real Avengers!

The Scarlet Centurion was defeated when his time machine was destroyed and he was thrown back into the timestream.

In an attempt to return to his own timeline, Richards ended up traveling further into the future, past the point of utopia and into a battle-scarred world. He conquers it along with most of the galaxy but cannot prevent the inevitable end of the world. So he decides to once again travel to the past and seek out the challenge of conquering the Earth in the 20th and 21st centuries during the age of heroes. It’s this iteration of the character Marvel heroes and villains have run up against most frequently.

Now here’s where it gets increasingly confusing. After his defeat as Rama-Tut, Richards became lost in Limbo, outside of time. There he observed the multiverse and branching realities as Immortus. He trained a group known as the Time-Keepers and tasked them with protecting the multiverse and directing key time streams.

When he learned that the Scarlet Witch was a Nexus being (a powerful entity with the ability to manipulate the Universal time stream) and that her children were threats to the entire multiverse, Immortus made it his mission to stop the Scarlet Witch from ever joining the Avengers — and to ensure that all versions of Kang ultimately led to Richards becoming Immortus.

While several other versions of Kang cropped up in the past briefly — including Mayor Victor Timely in the early 20th century; and Mr. Gryphon, a late 20th century CEO of Qeng (Kang) Enterprises — the most significant Kang variant who resided in contemporary times was Iron Lad.

Iron Lad is a teenage version of Nathanial Richards who seeks to prevent himself from becoming Kang by traveling to the past and becoming a hero instead. He succeeds, for a time, becoming one of the founding members of the Young Avengers. But when Kang winds up dead due to Iron Lad’s actions, the history of the world is changed and the Avengers are wiped out. Iron Lad makes the hard decision to return to his own timeline, his memories erased, and continue on the path to becoming Kang.

Fitting into the Multiverse Saga

So obviously Kang’s whole deal is a lot, even broken down into more digestible terms. But that’s part of the fun of the character. Jonathan Majors has teased that we will see multiple versions of Kang in the MCU, no doubt many of which will be drawn from above, allowing the actor to show off his skills by showcasing the many facets and subtleties of Nathaniel Richards.

But the question remains: What’s Kang’s ultimate goal? With Thanos, it was relatively simple: acquire the Infinity Stones and wipe out half the universe. With Kang, it’s too early to tell. Rumor has it that the third Ant-Man film will find Kang stranded in the Quantum Realm as he tasks a reluctant and hostage Scott Lang (Paul Rudd) with pulling off a heist to acquire his time machine.

Assuming he gets it, what’s beyond that? Is the Kang we’ll meet in Quantumania the same individual who is now in control of the TVA in Loki or is that another variant? Will the Scarlet Witch play into his plans as she did in the comics? And will the connections between Kang, Doctor Doom, and Reed Richards be explored within the Multiverse Saga or later down the line?

Marvel Studios has always played fast and loose with its adaptations of famous comic book storylines, sometimes adapting them in title only. That could be the case with Avengers: The Kang Dynasty. But, the 2001 comic book storyline by Kurt Busiek provides enough material to create a rousing Avengers film.

The Kang Dynasty is notable for making Kang the only Marvel villain to actually conquer the world. (Not through mind control, or in an alternate reality, or with a Cosmic Cube.) No, Kang comes, he sees, and he conquers. Alongside his son, Marcus, he defeats the Avengers.

The Avengers, alongside the nations of the world, fight back and eventually win, imprisoning Kang. But Kang is content, having done what he had dreamed of doing all those centuries before (and after). For a time, he defeated the Avengers and ruled the world.

There’s a strong chance Avengers: The Kang Dynasty will see the Avengers lose again, and be forced to fight the forces of Kang with an army of Avengers culled from the Multiverse. But not on the Earth where all their battles have been fought, not in a world they recognize, but a Battleworld.

Secret Wars, next time in The Gutter…

THANKS FOR READING AND, AS ALWAYS, KEEP YOUR MIND IN THE GUTTER!

He’s got time on his side. Since his first appearance, Kang the Conqueror has consistently been one of the greatest threats the Avengers have ever faced, are facing, and will face. He is constant. And in 2023, he makes his official debut in the Marvel Cinematic Universe. While we got a tease of the Multiverse…

He’s got time on his side. Since his first appearance, Kang the Conqueror has consistently been one of the greatest threats the Avengers have ever faced, are facing, and will face. He is constant. And in 2023, he makes his official debut in the Marvel Cinematic Universe. While we got a tease of the Multiverse…

25 years ago, the best werewolf thriller got a franchise-killing sequel