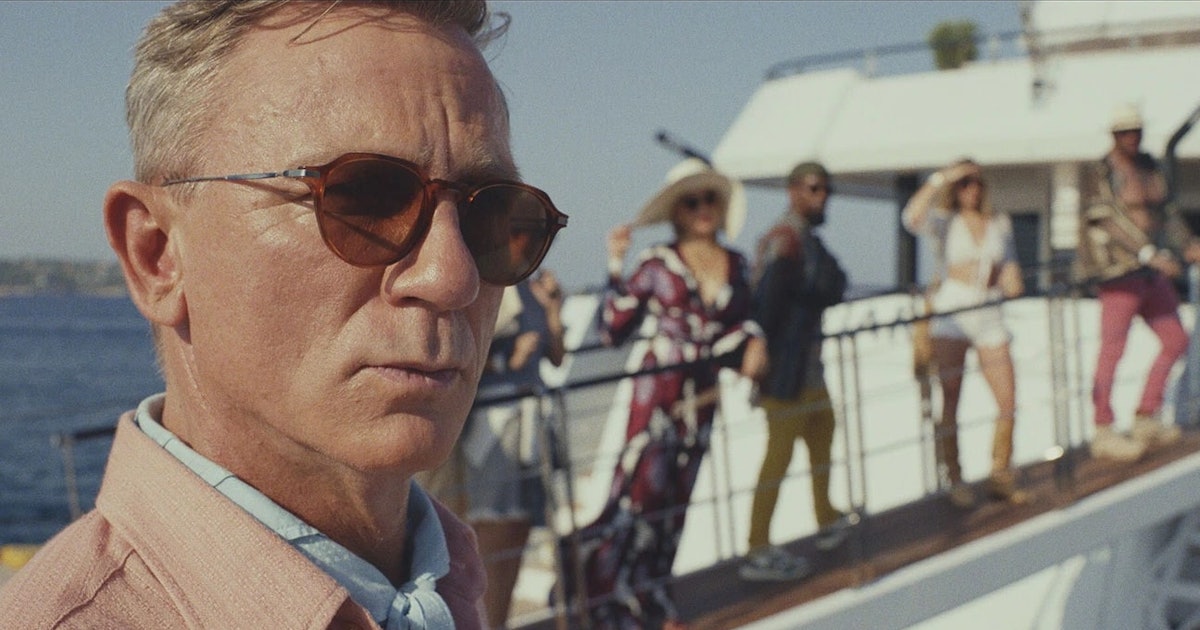 The Covid-19 pandemic affected every industry, but the movie business was hit especially hard. When there’s an airborne illness ruining and ending people’s lives, audiences aren’t exactly scrambling to voluntarily sit in a communal room with strangers. Movies were delayed, canceled, or sent to streaming.

Now in 2022, there’s a big push for a return to the theaters, even though Covid isn’t eradicated yet. While before theatrical movies were pushed to streaming, we are now seeing streaming movies get a shot in theaters. A perfect example of this is Glass Onion, Netflix’s follow-up to Rian Johnson’s Knives Out. But how does the shockingly modern whodunit handle the pandemic — and how could it be handled better?

The question of how the pandemic would be handled on screen was answered first by television. Medical serials like The Good Doctor and New Amsterdam quickly incorporated PPE and isolation into its serial drama. Other shows, like HBO’s Gossip Girl, optimistically referred to the pandemic in the past tense, even though it was in no way over. Succession, one of the most present and topical dramas in production, chose to ignore it altogether — but it makes sense. The ultra rich, like the Roys, could afford to flaunt regulations.

Movies took a slower approach just because of their slower production schedule, but when we got our first glimpses of how the pandemic affected the silver screen, there were three clear approaches. Glass Onion, somehow, combines all three of them. But does it do so successfully? Before we examine that, let’s break down the three approaches.

The first instinct, when faced with a world-changing pathogen, is to extrapolate it to the worst case scenario. There’s a reason why the 2011 movie Contagion started trending on Netflix in March 2020, and why the first “pandemic movies” were tinged with a touch of catastrophe. The 2020 movie Songbird tried to pose a Romeo and Juliet-inspired romance around a motorcycle courier and a girl in lockdown. The twist? The world they live in is ravaged by the “Covid-23” pandemic that plunged the country into militaristic rule.

In the early days of the pandemic, there was enough hope that a dystopian outlook that looks almost indistinguishable from a zombie movie wasn’t in bad taste. It was just a creative take on what people thought would be a strange moment in history.

As soon as it was clear that an “alternate history” approach wasn’t going to be as alternate as people hoped, the next approach was immediately satire. Sitcoms would do “pandemic episodes” over Zoom, and topical media adopted a “well, we may as laugh” attitude in the face of economic turmoil and the loss of thousands of lives.

However, satire wasn’t really able to make it to the big screen. Judd Apatow’s The Bubble, which was meant to parody the prolonged development of Jurrassic World Dominion and somehow came out before it, is an unfortunate example of this. In a world where countless Americans lost their jobs because of the pandemic, a movie about how ultra-rich movie stars were affected by the pandemic wasn’t exactly the catharsis Netflix viewers wanted.

As the world found a tentative — yet still irreparably changed — sense of normalcy, movies were allowed to go back to “normal” too. Yet for those looking for that extra element of realism, a story set in a world affected by the pandemic, not a story centered around the pandemic, suddenly became possible.

Movies like Kimi, an action movie that used the pandemic to raise the stakes on the protagonist’s agoraphobia, used the hallmarks of the pandemic to telegraph exactly when it was happening, much like a movie set in the past would use dated technology or retro costumes. It’s a harsh reminder of the times, but it’s an effective one.

Rian Johnson’s Glass Onion mixes all three of these elements together. The dystopia it portrays isn’t a zombie apocalypse, but a world that is run by the mega-rich. Every character in the whodunit, every suspect, is in a place where the pandemic is affecting their lives and puts them in a place where they need influence: Birdie Jay (Kate Hudson) hosts superspreader events, Claire Debella (Kathryn Hahn) has to campaign for Senate via Zoom, etc. Everything hinges on their public images in a world revolving around power.

The satire is evident from the start, especially in the scene where each member of the ensemble has a mysterious substance sprayed into their throat that apparently means they are immune from infection. It brings to mind the Succession reasoning: the rich are exempt from Covid, even though they are human too. Glass Onion also uses these elements as a way to mark it in its place in time. Ten years from now, when someone watches this movie, it will be clear when it takes place not only because of the constant discussions of cancel culture and Twitch, but because of how the characters interact with a peak-pandemic world.

Glass Onion combines all three elements of pandemic storytelling, but isn’t really about the pandemic. It’s planted firmly in time, but that may be its biggest flaw. A movie set in 2020 but released in 2022 has the nostalgia factor, but not really the perspective time brings to world-changing moments like a pandemic. It’s unclear how this movie will play years from now, but with the very specific pandemic-era storytelling it delivers, it’s possible that Glass Onion will age like an onion left out in the sun.

The Covid-19 pandemic affected every industry, but the movie business was hit especially hard. When there’s an airborne illness ruining and ending people’s lives, audiences aren’t exactly scrambling to voluntarily sit in a communal room with strangers. Movies were delayed, canceled, or sent to streaming. Now in 2022, there’s a big push for a return…

The Covid-19 pandemic affected every industry, but the movie business was hit especially hard. When there’s an airborne illness ruining and ending people’s lives, audiences aren’t exactly scrambling to voluntarily sit in a communal room with strangers. Movies were delayed, canceled, or sent to streaming. Now in 2022, there’s a big push for a return…

Kang Dynasty’ could be Marvel’s most unpredictable movie yet