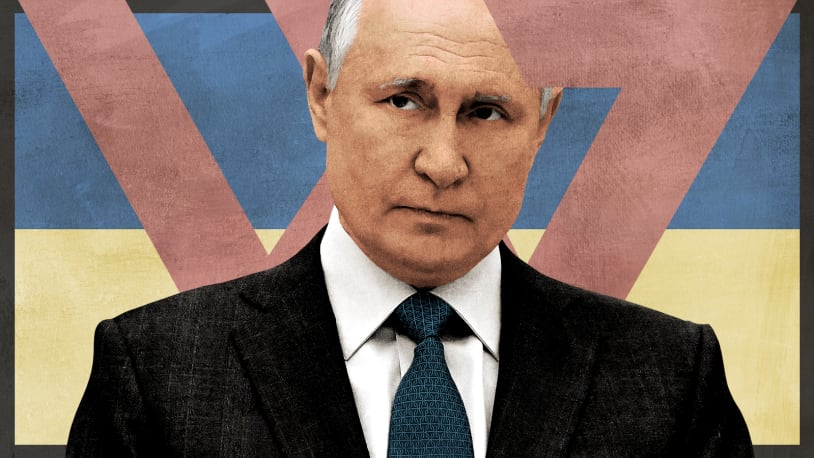 Why Russia is relying on Wagner Group mercenaries in Ukraine

The number of Russian mercenaries in Ukraine is soaring, BBC News reports. Fighters with the Wagner Group “have ballooned from 1,000 to nearly 20,000,” a sign that Russian President Vladimir Putin is increasingly relying on private soldiers to wage his faltering war. The mercenary group has attracted the attention of U.S. officials: The Biden administration this week unveiled new sanctions against Wagner. “The Wagner Group is one of the most notorious mercenary organizations in the world and is actively committing atrocities and human rights abuses across Ukraine,” said the Commerce Department’s Alan Estevez. What is the Wagner Group, and how are mercenaries impacting the Russo-Ukraine war? Here’s everything you need to know:

What is the Wagner Group?

It’s a private military company with close ties to Vladimir Putin, one that “has done Moscow’s dirty work in eastern Ukraine, Libya, Syria, and parts of Africa,” The Washington Post reports. The Kremlin long denied any connection to Wagner — its mercenaries have often been accused of “massacres and other human rights violations” — but the group has stepped into the spotlight during Russia’s war against Ukraine, “openly celebrated on Russian state media and lauded as heroes of President Vladimir Putin’s bloody invasion.” Rumors of the group’s existence first emerged during Russia’s 2014 annexation of Crimea, but has also reportedly operated in the Middle East and Africa.

Yevgeny Prigozhin is a “convicted felon and hot dog vendor” who in September acknowledged being the founder of the Wagner Group, The Associated Press reports. (He’s known as “Putin’s chef” because he once catered events at the Kremlin, which led to a business empire and relationships with Russia’s top leaders.) Prigozhin was charged in 2018 with “conspiracy to defraud the United States” for alleged 2016 election meddling on former President Donald Trump’s behalf. (Prigozhin admitted his guilt in November, though that was possibly sarcastic.) His recent emergence into the public view after years of operating in the shadows “has sparked speculation that he may be looking to position himself for a more formal position in public life,” Foreign Policy reports.

Why does Russia use mercenaries?

“It’s not a new phenomenon for governments like Russia and the U.S. to use private military companies to help enhance their power during conflict,” Christopher Michael Walker of the U.S. Naval War College writes for The Conversation. But Russia’s military has been devastated by the war in Ukraine — at one point losing more than 500 soldiers a day — and regular troops have “simply been less effective” due to “poor training, logistics, and strategy.” The Russian army is also reportedly having a tough time attracting recruits. That leaves Wagner’s mercenaries to fill in the gap, although they have also suffered notable losses. Using private soldiers also lets Putin continue the war politically, Walker says: “Research also shows that people are generally less sensitive to contractor casualties than military personnel dying.”

Where is the Wagner Group getting its fighters?

Prison is reportedly one source of recruits. A leaked video this fall showed Prigozhin telling inmates they could win their freedom if they served six months for Wagner, BBC reports. Prigozhin confirmed the video in a social media post aimed at the Russian public: “It’s either private military companies and prisoners, or your children — decide for yourself.” It’s not just Russian prisons: Wagner is also “freeing hardened rebels held in jail cells in the Central African Republic,” The Daily Beast reports. And there’s even been talk of sending female prisoners to fight in Ukraine. Wagner’s prisoner recruits, however, “appear to be little more than cannon fodder,” The New York Times reports.

Yes. In November, Prigozhin “applauded a video in which a former member of the group is brutally murdered” with a sledgehammer, CNN reports. That’s just the brutal tip of the iceberg: Wagner fighters have been accused of killing civilians in Ukraine, and a new lawsuit in Britain seeks reparations for crimes committed during the invasion. “Together we can shake and peel this Russian doll until its hidden layers reveal that its treasure is for us to claim and to give to Ukrainians for justice,” attorney Jack McCue told reporters.

What does this mean for Russia’s war effort?

It might not actually be helpful. “Mr. Prigozhin is just one of a handful of strongmen active in the war, all of them managed by Mr. Putin, who has carved up the administration of much of Russia into competing fiefs run by people loyal to him above all,” the New York Times reports in a lengthy overview of the war. In addition to Wagner, other semi-independent units include the Russian national guard and Chechen fighters. “As far as officials can tell, the Russian military has limited coordination with any of them.” That has created infighting and jealousy. While Wagner reportedly has access to “some of Russia’s most advanced weaponry,” it has tried and failed for six months to seize the city of Bakhmut. For now, at least, even mercenaries can’t win Russia’s war against Ukraine.

The number of Russian mercenaries in Ukraine is soaring, BBC News reports. Fighters with the Wagner Group “have ballooned from 1,000 to nearly 20,000,” a sign that Russian President Vladimir Putin is increasingly relying on private soldiers to wage his faltering war. The mercenary group has attracted the attention of U.S. officials: The Biden administration…

The number of Russian mercenaries in Ukraine is soaring, BBC News reports. Fighters with the Wagner Group “have ballooned from 1,000 to nearly 20,000,” a sign that Russian President Vladimir Putin is increasingly relying on private soldiers to wage his faltering war. The mercenary group has attracted the attention of U.S. officials: The Biden administration…

The most interesting holiday traditions around the world