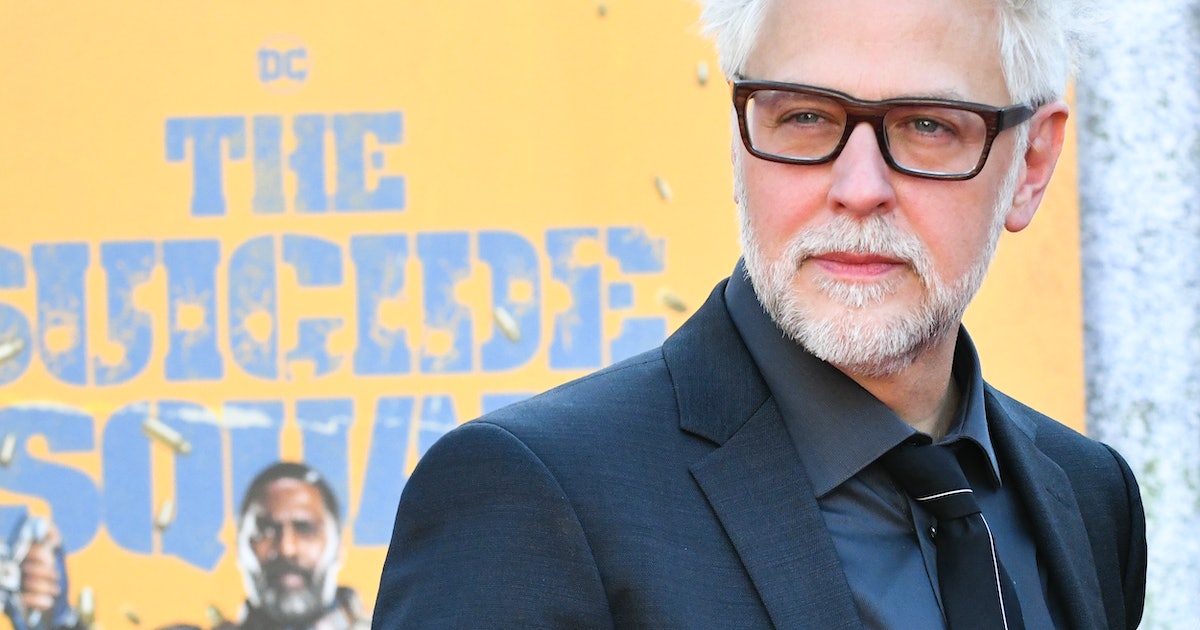 The true superhero of the DC Universe isn’t the Man of Steel or the Dark Knight. It’s James Gunn, who made waves in November when he took creative control of the franchise.

Along with producer Peter Safran, Gunn has been co-chair of DC Studios since November 1. Their hiring is part of an effort by Warner Bros. Discovery to reorganize along the lines of Marvel Studios.

The two are steering a train already hauling four movies set to release in 2023: Shazam! Fury of the Gods, Aquaman and the Lost Kingdom, Blue Beetle, and The Flash. After these titles hit theaters, a franchise that began in 2013 with Man of Steel and continued through movies like Batman v Superman: Dawn of Justice, Wonder Woman, Aquaman, and Gunn’s own The Suicide Squad appears to be resetting with a brand new canon.

While nothing from this new DCU has been officially revealed, the always-online Gunn has used his Twitter account to drop hints. Aside from a new Superman movie, Gunn hasn’t said much, and yet we already seem to know a lot about the new DCU. Here’s what you need to know about the DCU under Gunn and Safran.

12. The new DCU will include video games

Gunn and Safran will be in charge of interconnected film, TV, and animation projects, but another medium that Gunn has some experience with — video games — will also share connective tissue with the new DCU. Gunn confirmed this in one tweet and emphasized it in another, saying that his plans for DC include “telling a cohesive story across film, TV, animation, and gaming.”

DC has a slew of popular games, including the Arkham franchise and the Injustice series, and has another heavily-anticipated title, Suicide Squad: Kill the Justice League, due in 2023. It’s unlikely it will be included in Gunn’s plans given its advanced stage of development, but anything that comes after should start revealing a bit about Gunn and Safran’s vision.

On December 14, James Gunn and Henry Cavill confirmed the Man of Steel star was out as Superman. This ended progress on Man of Steel 2, which was in its early stages after Cavill’s cameo in Black Adam. Despite Cavill’s buzzy return, the encore was short-lived as Gunn revealed intentions to take Superman in a new direction.

“In the initial stages, our story will be focusing on an earlier part of Superman’s life, so the character will not be played by Henry Cavill,” Gunn confirmed. Gunn is writing this untitled Superman project, but will not be directing it. Gunn added that Cavill could still have a role at DC, though Cavill said on Instagram that he was out completely. We’ll just have to wait and see.

It’s unclear what Gunn will do with Wonder Woman. It’s not even clear if Gal Gadot will stick around; Gunn cryptically told a fan on Instagram, “I’m not sure where you’re geting that we ‘booted’ Gal,’” implying Gadot is still Wonder Woman. For now.

Both Dwayne Johnson and Gunn have made statements about the future of Black Adam. In short, a sequel isn’t in the cards. But both Gunn and Johnson have hinted that the doors are open for a return, so maybe Johnson can still live out his dream of punching Superman.

8. Ben Affleck wants to write and direct a DC movie

On the day Cavill was released from DC, Gunn replied to a fan who brought up Ben Affleck as a possible director for Superman. Gunn said, “Met with Ben yesterday precisely because he wants to direct & we want him to direct; we just have to find the right project.”

Back when he was playing Batman, Affleck intended to write, direct, and star in his own Batman movie. Affleck retired from the franchise in 2017, but has since been expected to make appearances in The Flash and Aquaman and the Lost Kingdom. At this point, it’s unknown if his scenes will still be included.

On December 10, a fan asked James Gunn about any “Green Lantern content” in his DCU. Gunn replied with just one word: “Important.” However, Gunn shot down possibilities of Ryan Reynolds’ version of Green Lantern, joking that it’s less of a priority to even Reynolds himself.

Gunn recently wrote and directed The Suicide Squad, a standalone sequel to the 2016 film. It’s unclear what will happen to this iteration of the team, but they’re certainly important to Gunn.

On December 19, Gunn replied to a fan’s comments about recastings, saying, “I keep seeing posts with this untrue theory. We’re not recasting everyone except The Suicide Squad.”

Gunn’s phrasing is confusing, but one interpretation is that the surviving Suicide Squad ensemble will stick around for the new DCU.

In DC’s comic books, Elseworlds was an imprint for stories set outside the primary canon. Elseworlds is popular among fans for spawning an array of novel interpretations — like a Victorian-era Batman chasing Jack the Ripper — that were free from the burdens of broader storytelling. On December 20, a fan asked Gunn if there are plans for “any Elseworlds,” and Gunn said yes.

Gunn hardly promised to grant these wishes, but he at least knows they’re out there, discussing them amid a thread on his broader intentions for DC.

Blue Beetle, slated for 2023, is one of DC’s bigger projects, and it will put the spotlight on a teenage Latino-American superhero. That’s a positive step forward, but its late arrival makes its place in tomorrow’s DC canon uncertain.

Gunn tweeted the movie’s poster on December 3, sans caption. Gunn may just be doing his job promoting DC, but a captionless tweet opens up some speculation that Gunn is factoring Blue Beetle into his new universe.

Sometimes Gunn’s most intriguing tweets are ones where he doesn’t say anything. On November 15, Gunn tweeted an Alex Ross illustration of the C-list hero Mister Terrific. Arrow fans might recognize him, as Echo Kellum played him for several seasons.

Gunn didn’t share any words about Mister Terrific, just the art. Naturally, fans are wondering if this means Mister Terrific might be coming to the new DCU.

On November 30, James Gunn posted what might be his most telling teaser: An illustration by Alex Ross from the acclaimed 1996 miniseries Kingdom Come, about DC heroes in a generational conflict.

Gunn could be having fun with the war table imagery; after all, he’s in charge of DC. At the same time, the illustration is so strongly associated with Kingdom Come that it invites speculation about plans to adapt Kingdom Come for live-action. Amid all the seismic changes we’re seeing, Gunn may be on the cusp of his biggest project yet.

The true superhero of the DC Universe isn’t the Man of Steel or the Dark Knight. It’s James Gunn, who made waves in November when he took creative control of the franchise. Along with producer Peter Safran, Gunn has been co-chair of DC Studios since November 1. Their hiring is part of an effort by…

The true superhero of the DC Universe isn’t the Man of Steel or the Dark Knight. It’s James Gunn, who made waves in November when he took creative control of the franchise. Along with producer Peter Safran, Gunn has been co-chair of DC Studios since November 1. Their hiring is part of an effort by…

The biggest surprise celebrities in ‘Knives Out 2’