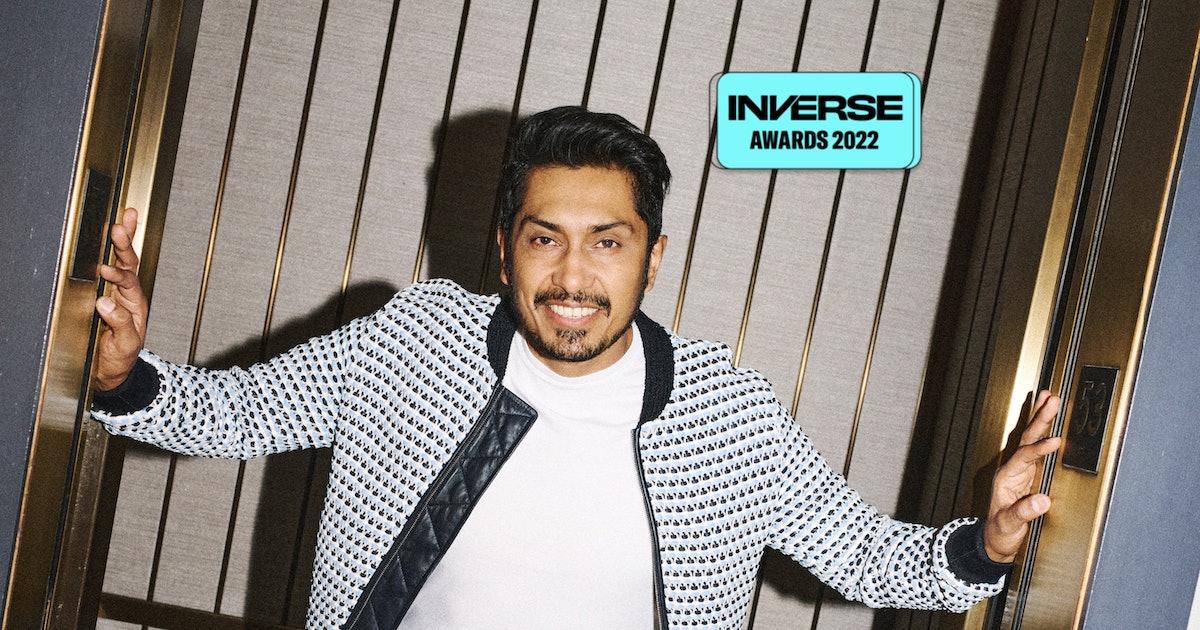 What do a water-breathing Mutant, a 1980s stoner, a dimension-hopping party girl, and a nightmare made real all have in common? They’re all members of Inverse’s 2022 Scene Stealers.

At the end of every year, we take a minute to look back at the actors who managed to leave a lasting impression despite not having a starring role. In 2022, that included everyone from Tenoch Huerta’s snarling antagonist of Black Panther: Wakanda Forever to the latest scream queen in Mike Flanagan’s horror empire. We’ve also got the toughest Elf in Middle-earth (sorry, Legolas) and the Star Trek star holding the entire canon together.

Check out the full list, along with eight original and illuminating interviews, below.

Tenoch Huerta made a big splash as Marvel’s latest antagonist Namor in Black Panther: Wakanda Forever, but it wasn’t easy. For one thing, he didn’t know how to swim when he got the role as ruler of the underwater nation city Talokan.

“I took some classes in Mexico. This was during the pandemic, so few pools were open,” Huerta tells Inverse via Zoom. He learned from locals who competed in the Pan American Games. “They were professionals. So first, I learned how to swim and float. In Atlanta, I received the rest of the training, which was freediving.”

But for the Mexican actor, Black Panther also represents a significant step in his campaign to right a major wrong in the entertainment industry.

“Just the character [of Namor] being brown-skinned, having these Mesoamerican characters. The representation is strong enough to send a strong message to the world,” Huerta says.

Ismael Córdova was rejected three times by Amazon before he finally got the role of Arondir, and we’re glad he kept fighting because his superheroic Wood Elf is one of the best parts of The Lord of the Rings: Rings of Power. In an interview with Inverse, Córdova explains how he trained for the role and strived to create a unique physical language for his character unlike anything we’ve seen before.

“Well, I came with a little base in combat,” Córdova says. “I trained in boxing for a while. But I fully had to learn a bunch of stuff. I had to learn archery. I did a bunch of swordwork. I wanted it to be a language, a true language. He’s a Silvan Elf. There are no other Silvan Elfs. So I had the opportunity to introduce something new. I trained in tae kwon do, kung fu, Wushu, and some tai chi. And I put in capoeira as he is a Wood Elf, so he’s closer to the ground. I was thinking about the movement of the trees, his relationship with the forest, going under roots, over roots, and through trees. What animals does he think about? I just went full in. He speaks through movement. So I obsessed over it till the last detail.”

Ruth Codd isn’t just a scene-stealer, she’s also a trailblazer. Like her character Anya in The Midnight Club, Codd is a below-the-knee amputee. Not only does this give her unique insight into the character, but it sets a precedent that the rest of Hollywood will hopefully follow.

A comic book is only as great as its villain, and Netflix’s take on The Sandman soars in part because of Boyd Holbrook’s take as the Nightmare-turned-serial-killer known as The Corinthian. He may not be the star of the show, but for Holbrook, that’s a bonus.

“I think supporting roles really are the best things there are,” the actor tells Inverse. “There’s always an anchor in a story. Usually, that’s the lead. I want those parts because there are some great, great characters out there that I still get to play. But those supporting roles usually have more complexity because they’re seeking out the lead, and the lead is having to deal with that.”

Star Trek struck gold in 2022 with Strange New Worlds, a retro return to classic adventure-of-the-week storytelling. And while fans may have fawned over Anson Mount’s Captain Pike or Ethan Peck as Spock, it was Christina Chong’s La’an who truly held the story together.

“She’s new to the ship and new to the team as well,” Chong tells Inverse. “You learn the whole backstory of the Gorn through her. And her last name is literally Khan’s last name. The writers are so clever in how they merged both canon characters and the original characters with new characters. I guess the only word for it is retro. It’s modern, but it’s old school.”

Wong and Madysinn was the Marvel team-up we didn’t know we needed in 2022, but we couldn’t get enough. Lucky for us, we still might. Patty Guggenheim (who brought the She-Hulk party girl to life) tells Inverse that there’s a 30-minute version of Wong and Madysinn’s brunch conversation — assuming Marvel ever decides to release it.

“I do wish I could see the whole tag sequence because we went on for about 30 minutes about brunch,” she says. He just didn’t know what brunch was. So I was asking him if he knew about brunch and what you do at brunch. They didn’t need it in the show, but I would personally love to see it because sometimes when you’re like improvising like that you kind of black out at parts. I just wish I knew what I said.”

If your answer to the question “What does Stranger Things need?” was “a stoner pizza delivery dude,” then you were in luck. Season 4 of the Netflix mega-hit added Argyle, an instant fan favorite thanks to his love of marijuana and pineapples on pizza — and his iconic style didn’t hurt either.

“We did a couple fittings with [Stranger Things costume designer] Amy Parris, and she’s awesome. She’s been killing it since day one,” Franco tells Inverse. “All I really remember is they asked me, ‘What do you think about your clothes?’ I said, ‘I love all the gear. It’s amazing, but we’re going to be in the desert, you know? I don’t know if all these layers are a good idea.’ They said, ‘Yeah, we hear you, but it looks cooler with the layers.’”

Like almost everything in Zach Cregger’s Barbarian, Andre will surprise you. Played by military veteran and actor James Butler, the character starts as a stereotype before turning out to be an unexpected savior. And then … well, you know what happens next.

Butler tells Inverse that Cregger gave him room to explore the character, which included changing Andre’s backstory. That backstory might not get spelled out in the movie, but it helps explain Barbarian’s most inscrutable character.

“Before, he was like a guy who worked at like the Chrysler factory and lost his job, but I turned him into a vet, and the reason I was able to do that is because Zach gave me the room to do that,” Butler says. “I wanted to play him like a hero, to sell the contrast of what everyone thinks the first time. I kind of put in my head that Georgina’s character reminds me of someone, like a daughter I might have run away from. It was kind of like if I could just save her a little bit, it would do me some good.”

What do a water-breathing Mutant, a 1980s stoner, a dimension-hopping party girl, and a nightmare made real all have in common? They’re all members of Inverse’s 2022 Scene Stealers. At the end of every year, we take a minute to look back at the actors who managed to leave a lasting impression despite not having…

What do a water-breathing Mutant, a 1980s stoner, a dimension-hopping party girl, and a nightmare made real all have in common? They’re all members of Inverse’s 2022 Scene Stealers. At the end of every year, we take a minute to look back at the actors who managed to leave a lasting impression despite not having…