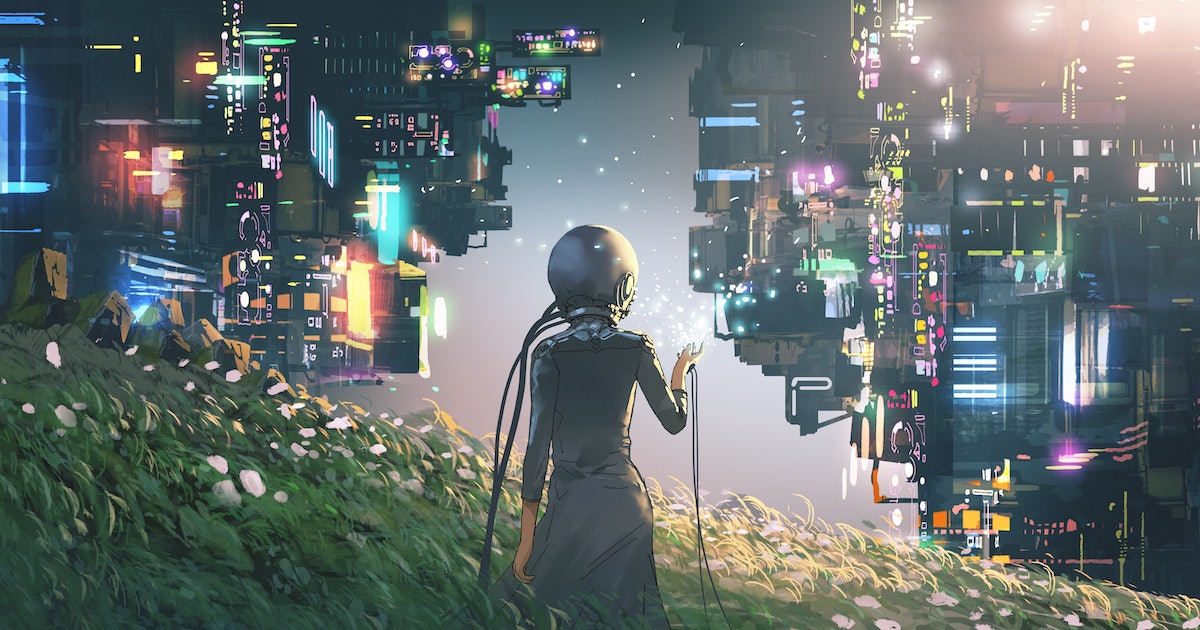 It’s hard to wrap up a high-concept genre series in a satisfying way — just ask Damon Lindelof, who famously made a different TV show about characters trying to survive in a brutal other-world whose personalities are revealed through flashback. But while the deadly Japanese sci-fi drama Alice in Borderland is not designed to have the duration of a naughts-era American broadcast network TV show like Lost, it does have the same kind of Big Plot that demands a Big Payoff.

Thankfully, Alice in Borderland Season 2 nails its ending and then some thanks to a decisive (if divisive) ending, incredible action, and some great acting from its young Japanese cast. If you’re looking for a show to binge over the holidays, this is it. And if you’re late to Netflix’s sci-fi thriller, it’s time to catch up.

In Season 1, Netflix viewers around the world were thrust into a dystopian game world alongside protagonist Arisu (Kento Yamazaki), an undermotivated twentysomething who spends his days playing video games and hanging out with his two best friends, self-assured bartender Karube (Keita Machida) and shy tech worker Chota (Yuki Morinaga). Karube and Chota are with Arisu when he emerges from a subway bathroom to find a Tokyo cityscape mostly abandoned, save for the other reluctant “players” who were transported to The Borderland and forced to take part in deadly competitions.

Each game in The Borderland is designated by a playing card number (the higher the number, the harder the game) and suit (hearts for games of betrayal, clubs for team battles, diamonds for battles of wits, and spades for games of strength). If players “clear” a game, then they earn a visa, allowing them to stay in Borderland. If their visas expire, red sky-lasers strike players down where they stand.

Arisu’s besties Karube and Chota don’t make it to the end of Season 1, but Arisu isn’t alone. He meets and bonds with athletic loner Usagi (Tao Tsuchiya), a woman who lost her mountaineer father to suicide before coming to The Borderland. By the end of Season 1, Arisu and Usagi have survived panthers and flash floods together, and have battled grief and trauma side-by-side. They also survived The Beach, a hierarchical Borderland community living at an upscale hotel and trying to gather all of the playing cards in service of sending the highest-ranked member back to the real world.

A season-ending “witch hunt” game saw the armed faction of The Beach massacre most of the residents and reveals that some of the people in Borderland are actually “dealers” (players who help run the games in exchange for their survival). Arisu and Usagi manage to escape, but their fight for survival isn’t over. With the numbered-card games collectively finished by the players in Borderland, survivors must face the next, potentially final level of The Borderland: the face cards, and the longer-term residents of Borderland who run them.

Heading into Season 2, which adapts the second half of the manga, viewers are promised bigger and scarier games — specifically, 12 final games for the 12 face cards in a playing card deck. It’s not easy to sustain the deadly competition genre across two seasons, but Alice in Borderland does it through a combination of diverse game construction, ensemble character work, and action direction that is better than most big-budget Hollywood action flicks these days.

Maybe it’s my third-act Marvel fatigue talking, but director Shinsuke Sato, well-versed in live-action feature film adaptations of manga and anime, knows what he’s doing. Imploding stadiums, carefully framed shots of nudist characters, bathing elephants, and tightly choreographed action sequences that incorporate fists, guns, arrows, makeshift bombs, and Toyota Crowns — Alice Season 2 incorporates it all and makes it feel seamless. The set pieces and scenes in Alice in Borderland never feel redundant, despite the fact that these characters are following a basic cycle of gameplay and rest, gameplay and rest. The CGI isn’t flawless, but Sato more than makes up for it with his understanding of action pacing and emotion. (The return of Yutaka Yamada as the original composer for the series doesn’t hurt, either.)

It’s a cliché for creatives working in TV today to sell their series as “like one big film,” but Season 2 of Alice really does feel like one, in its scale and, often, in its structure. There are episode-ending cliffhangers designed to keep viewers binging, but the season is driven more by plot than by character. This isn’t to say it doesn’t have compelling characters — this season gives us a true ensemble by bringing back trans martial artist Kuina (Asahina Aya), the cunning Chishiya (Nijiro Murakami), endlessly amiable Tatta (Yutaro Watanabe), and forensic scientist Ann (Ayaka Miyoshi), as well as introducing a few new characters, notably nice-guy nudist Kyuma (Tomohisa Yamashita) and scrappy amputee archer Heiya (Yuri Tsunematsu).

In this newly configured team, Arisu is the person who can see through the gamemasters’ machinations. When faced with a new level of gameplay that doesn’t always come with clearly delineated rules, he sees logic. Thematically, this season questions why Arisu and the other characters can find a reason to keep fighting — in other words, to live — in a world that is actively trying to murder them. In the midst of violent gameplay that could feel superfluously gory, this pursuit for motivation in a seemingly nihilistic reality keeps Alice in Borderland relatable and rewarding. It grounds and gives story depth that this show would flounder and fizzle out without.

Like the series, Arisu never loses focus on answering the question at the heart of this story: namely, what exactly is The Borderland? I won’t spoil the answer, which is sure to be divisive, but I will say Alice in Borderland Season 2 decisively gives us one, following the conclusion laid out by the manga.

In a medium that traditionally and still leans, for better and worse, towards endless open-endedness over definitive conclusions, it’s startlingly satisfying to watch a high-concept genre show just lay it all out for us after two eight-episode seasons. That it does it alongside some of the most impressive, viscerally violent, and psychologically engaging action sequences of 2022, performed by a cast of young Japanese talent giving it their all, makes this one of the year’s most rewarding watches. The hyper-violent Alice in Borderland might not seem like classic holiday season viewing, but if you can stand the gore, you might be surprised to find something intimate and life-affirming in its epic conclusion.

Alice in Borderland Season 2 is streaming on Netflix.

It’s hard to wrap up a high-concept genre series in a satisfying way — just ask Damon Lindelof, who famously made a different TV show about characters trying to survive in a brutal other-world whose personalities are revealed through flashback. But while the deadly Japanese sci-fi drama Alice in Borderland is not designed to have…

It’s hard to wrap up a high-concept genre series in a satisfying way — just ask Damon Lindelof, who famously made a different TV show about characters trying to survive in a brutal other-world whose personalities are revealed through flashback. But while the deadly Japanese sci-fi drama Alice in Borderland is not designed to have…

5 years ago, Will Smith made a terrible action-thriller — and changed Netflix forever