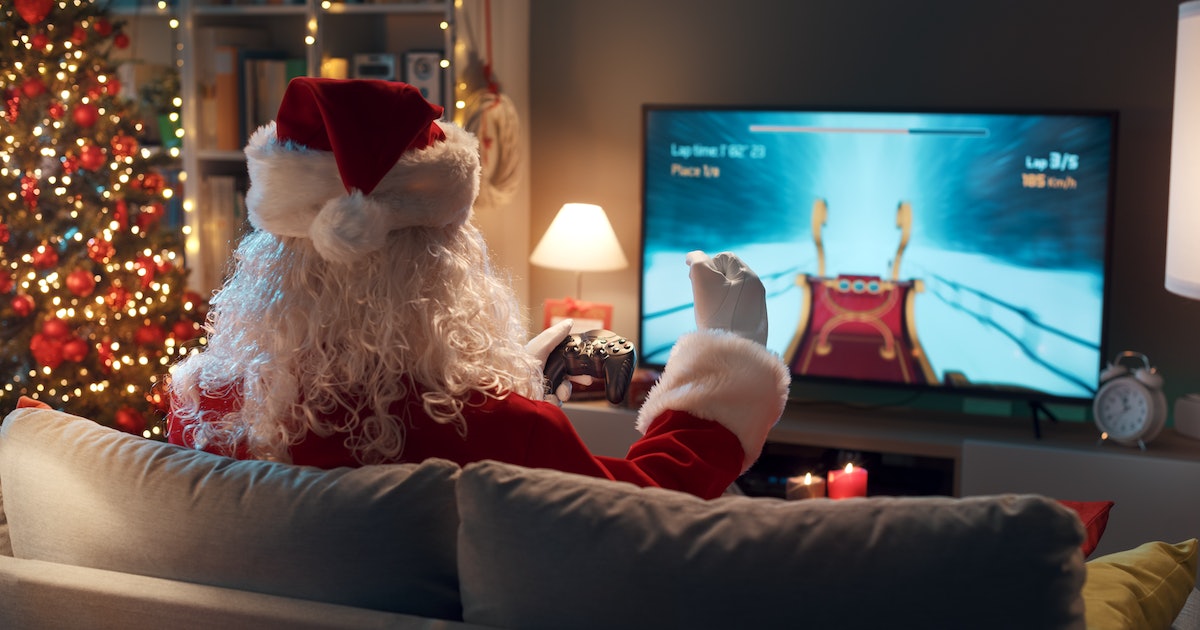 There’s a rather vocal section of the internet that, each year, proclaims Die Hard to be the best Christmas movie of all time. It makes one wonder what the best Christmas video game might be, if you like your holiday cheer mixed with a little bit of crime drama and violence, boy is there a game for you. Plenty of video games play around with wintery and holiday settings, but only one lets you dress up as Santa and turn a street thug into a snowman. Yakuza 5 fully embraces its Christmas setting but it’s so much more than that; the game’s narrative themes of providing for your family hit right to the heart of the holidays.

Strangely, Yakuza 5 isn’t nearly the only game in the franchise that takes place during Christmas three other games are set during the holidays, including Yakuza 0, Kiwami, and Kiwami 2. While those past games being set in the holidays has more felt like window dressing, Yakuza 5 actually integrates the season into a lot of the visuals and even some of the game’s substories.

Yakuza 5 is an absolutely massive game that follows five different characters across five different cities in Japan which are all heavily inspired by real cities, including Sapporo, Tokyo, and more. These five character stories are somewhat separate at the start before they all converge in the end, and as is tradition for the Yakuza series there are a metric ton of twists and turns along the way.

Just from a basic visual level, the different cities are decked out in holiday decorations, with glistening lights, Christmas trees, and wreaths around every corner. While wandering the streets you’ll often hear holiday music blaring out of shops and convenience stores, adding to the overall ambiance. Every city has its own little quirks and special landmarks, but the most fun by far is Tsukimino, which is based on a real red-light district in Sapporo.

The second protagonist, Saejima, gets to explore this small city for a while, which is home to a lovely little digital version of the Sapporo Snow Festival, putting some massive snow sculptures in the city’s park.

Simply getting to run around the snow festival and look at decorations, like a massive sculpture of Hatsune Miku, is an absolute blast. What’s even better, however, is that Yakuza 5 has multiple substories that have distinctly Christmas-y themes.

The absolute standout is when Saejima hears talk that street thugs have been beating up street-corner Santas, and decides to take matters into his own hands. Saejima dons a Santa disguise and then brings the pain to the thugs, while starry-eyed children watch from the sidelines. This is also where Saejim can use a hilarious Heat Action that rolls an enemy into a snowman, then finishes them off by violently slamming a carrot into the head as a nose.

That’s not nearly the only Christmas-themed side quest, though, as another particularly heartwarming substory sees series protagonist Kazuma Kiryu overhear a mother and child talking about Christmas presents. This reminds Kiryu that he needs to send money back to the orphanage he runs so the kids can buy Christmas presents, and each time you send money from the ATM you see how well Kiryu knows the kids, as he speculates what they’ll buy.

Past all this side content, Yakuza 5’s main narrative theme is pursuing your dreams, with underlying themes about family and supporting those you love. Family is, of course, a big part of the holidays, and the Christmas-y visuals are directly reinforced by the storytelling.

Admittedly, Yakuza 5’s story is a bit longer and more meandering than the rest of the franchise, but the last few hours tie these themes up in some really phenomenal ways. In particular, the ending has some of the most poignant moments in the series between Kiryu and his adopted daughter Haruka, really providing some emotional gut punches before all is said and done.

It certainly seems strange to recommend a Japanese crime game as a Christmas title, but that’s really just a testament to how brilliant Yakuza 5 really is. There’s just a spirit of hopefulness that permeates every aspect of Yakuza 5, and the holiday setting is simply used to reinforce that to a ridiculous degree. There’s certainly no finer Christmas experience you can find in gaming.

There’s a rather vocal section of the internet that, each year, proclaims Die Hard to be the best Christmas movie of all time. It makes one wonder what the best Christmas video game might be, if you like your holiday cheer mixed with a little bit of crime drama and violence, boy is there a…

There’s a rather vocal section of the internet that, each year, proclaims Die Hard to be the best Christmas movie of all time. It makes one wonder what the best Christmas video game might be, if you like your holiday cheer mixed with a little bit of crime drama and violence, boy is there a…