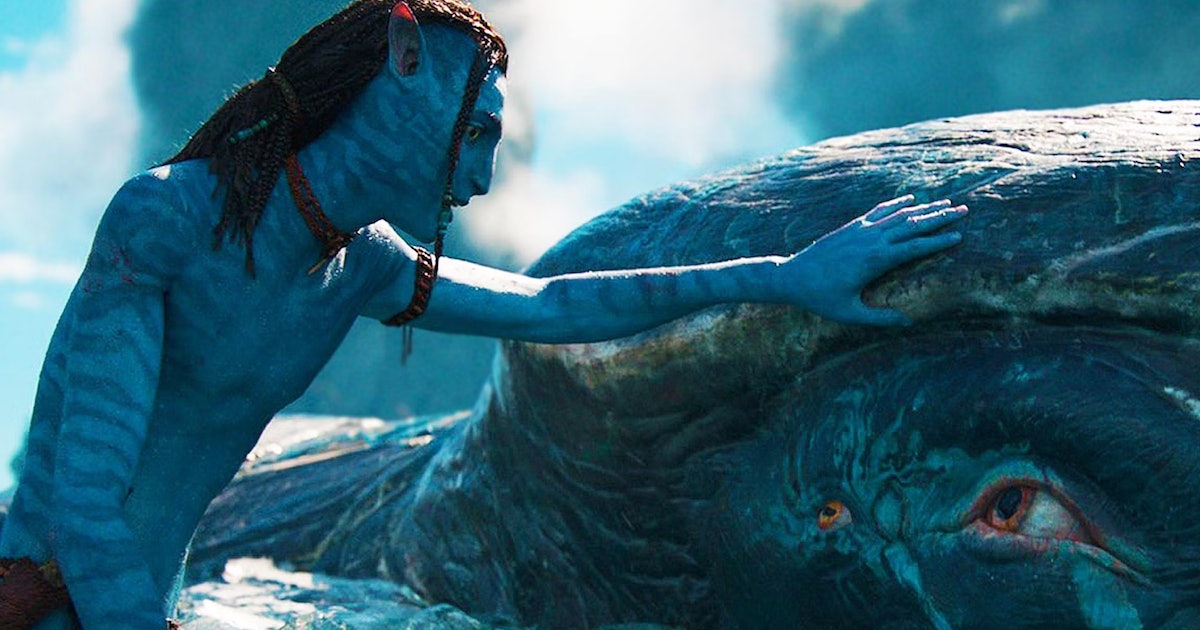 The Way of Water’ takes the wrong lessons from ‘Star Trek’

Gentle seabound creatures, a deep connection between man and beast, a convoluted sci-fi plot to save the whales — wait, is this Star Trek IV: The Voyage Home or Avatar: The Way of Water?

Despite the pomp and zeitgeist hysteria around James Cameron’s latest epic, at its core, the story of Avatar is basically a glorified episode of Star Trek. But if the exact story of both Avatars were conceived in the 1960s, with rudimentary, lo-fi VFX, the final product would probably fare better as a small episode of Star Trek. Here’s why this matters.

Spoilers ahead for Avatar: The Way of Water.

Before 1977, science fiction fans often looked beyond the visuals of TV and film sci-fi, in search of deeper meaning. Shows like The Outer Limits, Star Trek (1966), Space: 1999, and the Planet of the Apes films demanded that viewers play a platonic game of intellectual gymnastics. What you were seeing on the screen was a projection of the ideal version of the thing, because the “real” sci-fi thing was unfilmable. With the exception of 1969’s 2001: Space Odyssey, the world of filmed science fiction, pre-Star Wars, was a medium in which viewers’ imaginations had to sublimate the visual effects into something more than what was seen.

Avatar is pretty much the opposite of old-school science fiction. The medium of Avatar is, essentially, its message: The escapism to Cameron’s visually stunning Pandora is pretty much the point of the exercise, while the story, characters, and everything else is secondary. Even more contemporary outer space TV sci-fi shows — from Doctor Who to Strange New Worlds — aren’t reliant on the VFX for storytelling. As in the 1960s and 1970s, the visual effects were a vehicle for a quick allegorical tale.

The overwhelming criticisms of both Avatar films are interestingly the opposite of what fans embrace about older sci-fi shows. The VFX are great in Avatar, but the story is bland, and also, deeply problematic in its oversimplification of colonialism. Defenders of both films will say the story and themes aren’t the points, it’s all about the experience and the spectacle and it’s “just a popcorn movie.” But the problem with putting VFX first and story second is somewhat obvious: At some point, this approach simply doesn’t age well.

The 2009 Avatar has not aged well at all, and neither will the new 2022 sequel, The Way of Water. While George Lucas and ILM pioneered new technologies with A New Hope in 1977, the film didn’t become a cinema classic from 1977 to 1997 because of the wiz-bang VFX. In fact, fans initially recoiled when Lucas tried to update the VFX in 1997 for the so-called “special editions.” And the reason why was pretty simple: The appeal of the original Star Wars eventually had nothing to do with the VFX. Just like older sci-fi from the 1950s or 1960s, Star Wars endured not in spite of its imperfect VFX, but because of that very specific, and imperfect, aesthetic.

This is the reverse of Avatar. The VFX is all we can remember, and the characters take a backseat. In The Way of Water, the one thing that passes for character development is Jake’s thudding Hallmark-card proclamations about parenthood. Even in the streamlined Joseph Campbell storytelling of Star Wars, we understood characters had external conflicts that were at odds with their internal conflicts. In The Way of Water, there’s no difference between someone’s interiority as a character and their external experiences. Everything about the storytelling of both Avatars can be summed up as “things happen to people and then they react.” This is a nice way of saying the plots are superficial constructs designed to get to the “impressive” VFX.

One could end their takedown of Avatar: The Way of Water right there. And many have. But, for a moment, let’s consider that James Cameron is acting in good faith and he believes in both the story and the visuals. Is there a platonic, better version of Avatar lurking below all CGI water?

The answer is maybe. But, sadly, it would only work as an episode of a TV show like Star Trek. Because both Avatars are “big movies,” there’s a paradoxical shallowness created by their hugeness. And a slightly more old-school TV approach to sci-fi shows how this could work in reverse.

In various incarnations of Star Trek TV episodes, the starship Enterprise (or Voyager or Defiant or Discovery) roll up on a planet that has a simplified allegorical problem. The TOS episode “A Private Little War” is a perfect example: A deeply problematic episode by today’s standards, but whose heart was in the right place. Kirk and Bones want to arm a native population with guns, because if they don’t, the Klingons will arm an opposing tribe, and the planet will be engulfed in war. In 1968, this was a not-so-secret metaphor for the Vietnam War, which Kirk literally references in his debate with Bones. The point of “A Private Little War,” wasn’t to create a convincing population of the planet Neural, but, instead, to create compact rumination on the nature of global superpowers and their negative impacts on smaller nations and peoples.

So, while it’s tempting to compare The Way of Water to the 1986 Star Trek film, The Voyage Home — because both involve saving whales — the truth is, the world of Avatar is more like if Star Trek feature films were made all about the planet Neural in “A Private Little War,” complete with big screen versions of the horned space gorilla, the Mugato. If you made a “cool” or “realistic” version of the Mugato, it would draw attention to how simplistic and hamfisted the storytelling was. And that’s what The Way of Water does. The more “realistic” the outlandish world of Pandora is presented, the more obvious that the whole movie is just a thin metaphor.

In Star Trek or Doctor Who, these kinds of hit-you-on-the-head premises work, because the episode ends in less than 60 minutes. Whatever point that “A Private Little War” was trying to make, was made, and audiences got a goofy space gorilla as a bonus. This kind of thing worked in the 1960s, and to an extent, still works today. The 2022 Strange New Worlds episode “Lift Us Up Where Suffering Cannot Reach,” depicts a perfect alien planet with a dark secret: A child is sacrificed to a machine to allow the rest of the citizens to live in peace. The visual effects aren’t the focus, and neither is any potential solution to the problem.

In some ways, this is the best model for extremely allegorical science fiction: Get in and get out. What Avatar: The Way of Water reveals is that the longer underdeveloped sci-fi premises linger in unbelievable worlds, the less interesting everything becomes. In the end, the impressive VFX of The Way of Water has the opposite intended result. Instead of believing in the story more, you feel the contrivance of what you’re being made to watch.

In an alternate universe, a 45-minute TV version of The Way of Water, with just meh special effects, would not only be more pleasant to sit through but crucially, would also make us work harder to think about what it’s trying to say. Cameron might make pretty pictures, but unlike other similar sci-fi stories, this one doesn’t really mean anything.

Avatar: The Way of Water is in theaters now.

Gentle seabound creatures, a deep connection between man and beast, a convoluted sci-fi plot to save the whales — wait, is this Star Trek IV: The Voyage Home or Avatar: The Way of Water? Despite the pomp and zeitgeist hysteria around James Cameron’s latest epic, at its core, the story of Avatar is basically a…

Gentle seabound creatures, a deep connection between man and beast, a convoluted sci-fi plot to save the whales — wait, is this Star Trek IV: The Voyage Home or Avatar: The Way of Water? Despite the pomp and zeitgeist hysteria around James Cameron’s latest epic, at its core, the story of Avatar is basically a…