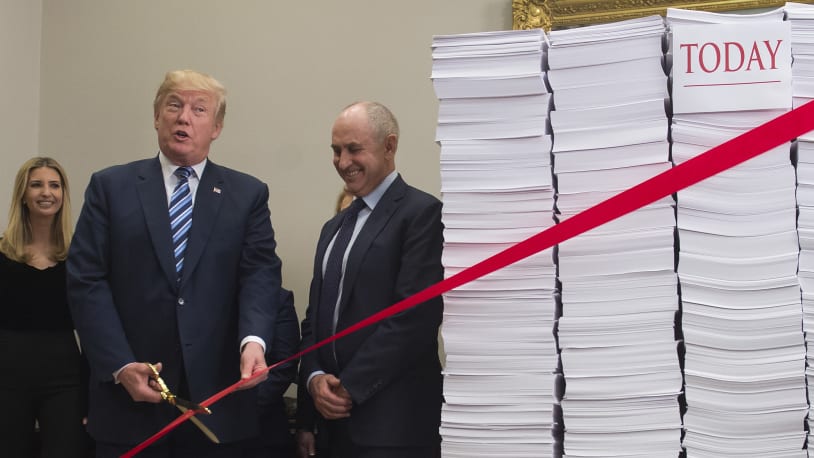 Congress is making Trump’s taxes public — what happens next?

What finally led us to this point?

The vote was preceded by a closed-door debate among committee members, with Republicans claiming that by releasing six years of Trump’s tax information, Democrats were creating a dangerous precedent that could be weaponized against other political rivals. Legislators from both parties ultimately agreed to make the transcripts of their secretive meeting available to the press. Speaking after the vote, Committee Chair Richard Neal (D-Mass.) insisted the unprecedented release of Trump’s taxes “was not about being punitive. This was not about being malicious.”

The decision to make Trump’s tax data public comes just weeks after the United States Supreme Court rejected a last-ditch legal push by the former president’s attorneys to block the IRS from giving the returns to Congress, as the committee had continually requested since 2019. During his first campaign for the White House in 2016. Trump repeatedly promised to release his tax returns, as presidential candidates have done voluntarily for decades. Trump’s ultimate unwillingness to comply with fiscal transparency norms, coupled with allegations from his former business associates of various financial crimes, only served to increase public interest in the documents. In 2020 The New York Times obtained a tranche of Trump’s tax information, reporting that the former president spent years paying little to no income tax while juggling various loans from a host of different lenders.

What’s been released so far, and what has it shown?

While it will take some time for congressional staffers to fully redact any personalized or sensitive identifying information out of the tax documents themselves, the committee has already released a preliminary report, as well as a supplementary document focusing specifically on the IRS’ failure to conduct a mandatory audit on the former president’s tax forms. While the IRS did eventually launch audits of Trump’s taxes in 2019 — incidentally, on the same day the Ways and Means Committee initially made the request to see the former president’s documents — those audits have not yet been completed.

Years ago I called out trump treasury head mnuchin for breaking the law to his face. He lied on live TV. Tonight we learned I was right he broke the law to protect trump’s taxes. pic.twitter.com/cucQ2eZfWq

How does this mesh with what we already know?

We won’t have a full picture of Trump’s tax situation until the committee is able to release all its documents. Nevertheless, the information published seems to comport with earlier analysis of Trump’s finances by The New York Times, suggesting that prior to taking office the former President’s business empire was predicated largely predicated on reporting losses, and making dubious charitable donations to avoid paying federal income tax — even as his capital gains enhanced his personal wealth.

All told, the fallout from releasing Trump’s taxes may be as much reputational as it is financial. Writing in the Times during Tuesday evening’s closed-door committee debate, journalist Susanne Craig speculated that the real reason Trump has avoided releasing his taxes is “because it exposes him as a wildly unsuccessful businessman.” Much of the former president’s public persona revolves around his keen financial acumen, and mastery of the “art of the deal,” making the revelation that he has, in fact, been steadily losing money, or gaining wealth by way of legal loopholes rather than raw business savvy more shocking. Given that, it makes a degree of sense to wonder if Trump’s interest in not letting the public see behind his professional curtain is more about keeping his mythological stature unmarred.

Earlier this month, the Trump Organization — but not Trump himself — was found guilty of tax fraud and other financial crimes in New York State Supreme Court, stemming from Manhattan District Attorney Alvin Bragg’s investigation into the former president’s businesses. When that verdict was handed down, journalist Maggie Haberman noted that “Even without Trump personally being charged, this is a devastating day for him. He has long sought to avoid having criminality attached to his name in any way shape or form.”

So what comes next?

While the complete picture of what Trump’s taxes do, and don’t show, is yet to be revealed, the committee’s initial work has already prompted some immediate action: Citing the “urgent need for legislation to ensure the public can trust in real accountability and transparency during the audit of a sitting president’s tax returns – not only in the case of President Trump, but for any president,” outgoing House Speaker Nancy Pelosi (D-Calif.) has already said the House will soon vote on a bill to strengthen the existing, mandated audit process by requiring presidential audits to be conducted yearly.

Similarly, Rep. Pascrell’s reiterated allegation that former Secretary Mnuchin broke the law to obfuscate Trump’s taxes from public view raises the possibility that revelations from the release could indeed lend themselves to legal consequences — both in terms of what the taxes themselves show, as well as by exposing how they were handled by federal officials.

As with this month’s verdict against the Trump Organization in New York, the future damages may be as much about what doesn’t happen as what does; with his various efforts to manipulate his business holdings and personal wealth for maximal benefit on full public display, his various lenders, creditors, and potential business partners may now shy away from any upcoming deals, or renegotiate existing payment structures in light of the new revelations.

The House Ways and Means Committee on Tuesday voted along party lines to release Donald Trump’s long-sought-after tax returns, ending years of legal wrangling, acrimonious sniping, and growing public interest in the former president’s secretive finances. Here’s everything you need to know: What finally led us to this point? The vote was preceded by a closed-door…

The House Ways and Means Committee on Tuesday voted along party lines to release Donald Trump’s long-sought-after tax returns, ending years of legal wrangling, acrimonious sniping, and growing public interest in the former president’s secretive finances. Here’s everything you need to know: What finally led us to this point? The vote was preceded by a closed-door…