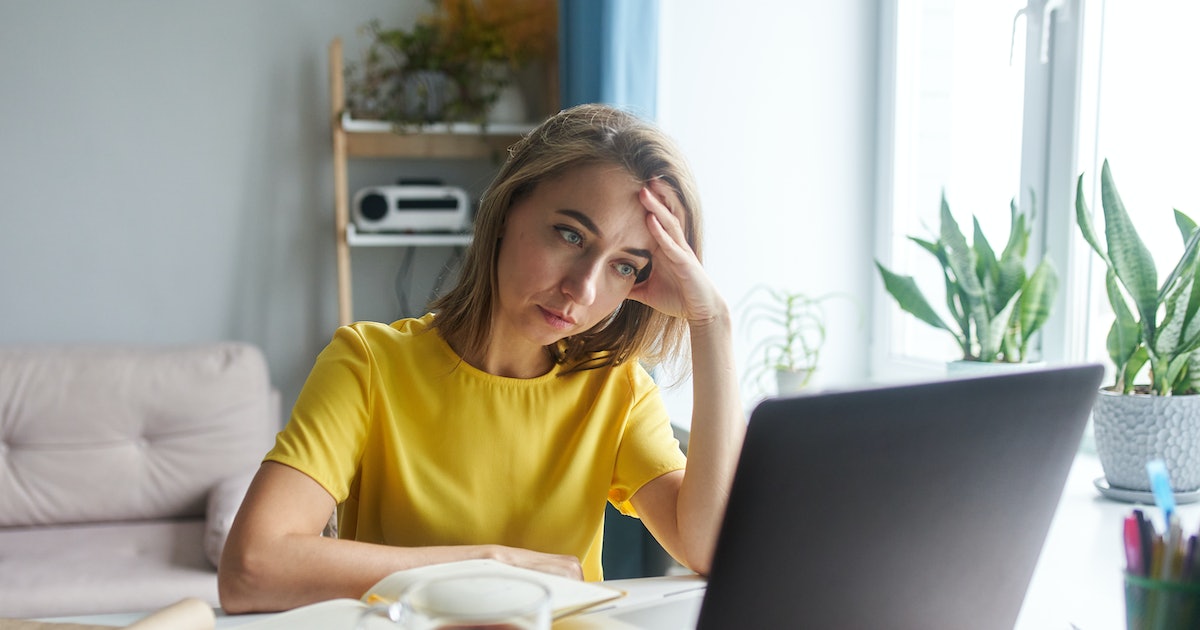 For some, the holiday season might be the most wonderful time of the year, but for many of us, it’s a time of profound exhaustion. Between the end-of-year rush to tie up loose ends at work, buying gifts for loved ones, frenetic holiday travel, and family events, it’s just…a lot.

Exhaustion — which is different than sleep deprivation — can arise from both physical over-exertion, prolonged stress, or mental fatigue. Experts say the same principle is at the core of both mental and physical exhaustion: The body is so overtaxed that its performance, be it physical or mental, declines. Here are some common signs of exhaustion and how to recover from it.

What do we know about physical exhaustion?

We might often think of exhaustion as something that happens only in the brain, but physical exhaustion — which can be independent of mental exhaustion but is not necessarily so — is also very real.

Some researchers have distinguished between peripheral fatigue, which involves impairments located in the muscle, and central fatigue, which involves decreased motor output from the primary motor cortex and affects, as the name suggests, the central nervous system. Ultimately, both types of fatigue result in an inhibited ability to activate muscles voluntarily. In addition, while they can cause exhaustion independently of each other, they often occur together, resulting in a multi-factorial cause of exhaustion.

“We typically talk about exhaustion as overtraining syndrome,” Deanne Brooks, Graduate Program Director in the Department of Kinesiology at the University of North Carolina Chapel Hill, tells Inverse.

Brooks says the main sign of overtraining is “an unexplained decrease in performance.”

When exhausted, an athlete or exerciser will lack the endurance, strength, or speed they would otherwise have. Additional signs may include psychological symptoms like “difficulty sleeping, mild depression or poor mood, or academic difficulties,” Brooks says. They can also be physical, like “elevated resting heart rate, unexplained muscle soreness, general fatigue, common cold, or other evidence of decreased immune functioning.”

Indeed, in a study published this year in the International Journal of Environmental Research and Public Health, researchers in Madrid wrote that central fatigue “causes cognitive fatigue phenomena, which is associated with behavioral and mood disorders. Prolonging an acute state of CNS fatigue can lead to sleep disturbances, depression, pain, the feeling of fatigue, difficulty in maintaining cognitive vigilance, and problems maintaining mental attention.”

Studies suggest that the neurotransmitter system responsible for limbic and cortical arousal — called the noradrenergic neurotransmitter system — is associated with central fatigue, though researchers stress that “fatigue is a very complex construct and that, besides brain neurochemistry, several other factors play a role in its onset.”

Generally, Brooks says, when muscles are exhausted, a person has taxed them at stress levels beyond which they can recover.

If you want to improve your physical performance, you will gradually need to increase the frequency, intensity, time, or type of training, she says. However, the crucial word there is gradual.

“These increases must be calculated and gradual, and they also must be followed by rest periods that are adequate for the body to recover,” Brooks says. “If the post-stimulus recovery period is too brief, the body will not adapt.”

If the body doesn’t have that time to rest, you can expect to experience some or all physical exhaustion symptoms.

The consequences of still pushing yourself despite physical exhaustion are prolonging those symptoms and potentially making them worse.

“We know that the only way to recover from overtraining syndrome is to rest,” Brooks says. “This is a tough concept to grasp for athletes and exercisers who believe that hard work can overcome any physical challenge — in the case of overtraining syndrome, continuing to work hard is the opposite of what will actually help recovery.”

In addition to rest, which Brooks says is the number one way to recover from overexertion, nutrition is also important.

“Nutrition plays a part in recovery, so adequate carbohydrate and protein intake is essential for replenishing depleted energy stores in the muscles,” she says.

What do we know about mental exhaustion?

Like physical exhaustion, mental exhaustion is often the product of prolonged exertion, though it’s not the only one, David Reiss, a psychiatrist and trauma expert, tells Inverse.

“Practically any activity that depletes motivation can cause a sense of mental exhaustion — overwork, complex work that start to feel too taxing, desire to be doing something else,” he says. “On a deeper psychological basis, mental exhaustion is often accompanied by or triggered by a sense of loss of control; the feeling that you’re not doing something because you want to, but because you’re forced to — either by others or by circumstances.”

Continuing to grind with depleted motivation because you don’t feel like you have any alternative can trigger emotions like frustration, anger, resentment, and fear. Those feelings can add up to a sense of exhaustion, Reiss says.

Symptoms of mental exhaustion can include problems focusing or concentrating, fatigue, distractability, and procrastination.

Is mental exhaustion burnout or something else?

Mental exhaustion is not a new concept; on the contrary, around 280 BCE, the Greek physician, Erasistratus of Ceos reportedly said the following about scientific inquiry: “Those who are completely unused to the inquiry are, in their first attempts, blinded and dazed in their understanding and straightway leave off the inquiry from mental fatigue.”

More recently, people sometimes use mental exhaustion and burnout interchangeably. And while there can be a great deal of overlap in how the two conditions present, the World Health Organization defines burnout as “chronic workplace stress that has not been successfully managed. It is characterized by three dimensions: feelings of energy depletion or exhaustion; increased mental distance from one’s job, or feelings of negativism or cynicism related to one’s job; and reduced professional efficacy.”

Michael Leiter, organizational psychologist and co-author of The Burnout Challenge: Managing People’s Relationships with Their Jobs, explains the difference like this:

“Burnout is a syndrome of exhaustion, cynicism, and inefficacy that is much more difficult to address because people have lost the trust of others with cynicism and confidence in themselves with inefficacy,” he tells Inverse. “In contrast, someone may be exhausted from overwork in a job they love and believe they are having a great impact while overextending themselves.”

Reiss suggests trying to find the enjoyable and rewarding parts of your endeavors to prevent mental exhaustion. No matter how much you enjoy the task, make sure you take time for physical relaxation, sleep, or a change of scenery.

“Try to maintain a sense of overall control, even if the task temporarily defines your behavior,” he says.

In this case, he defines a quick fix as “an inappropriate avoidance of realistic responsibilities, turning to other activities that are unproductive, turning to enjoyable or distracting behaviors that may not be healthy — including substance abuse,” he explains. “While not necessarily directly causing health issues, mental exhaustion can easily indirectly contribute to unhealthy behaviors and deteriorations of health.”

All the same suggestions about preventing mental exhaustion apply when treating it, only “with more urgency!” Reiss says.

Neither physical nor mental exhaustion is entirely avoidable. But knowing the causes and signs of each can help you try to prevent exhaustion as well as help you find a way out of it.

For some, the holiday season might be the most wonderful time of the year, but for many of us, it’s a time of profound exhaustion. Between the end-of-year rush to tie up loose ends at work, buying gifts for loved ones, frenetic holiday travel, and family events, it’s just…a lot. Exhaustion — which is different…

For some, the holiday season might be the most wonderful time of the year, but for many of us, it’s a time of profound exhaustion. Between the end-of-year rush to tie up loose ends at work, buying gifts for loved ones, frenetic holiday travel, and family events, it’s just…a lot. Exhaustion — which is different…

Back from the dead: 9 species rediscovered in 2022

Why a book-loving fungus has alien-hunting scientists excited