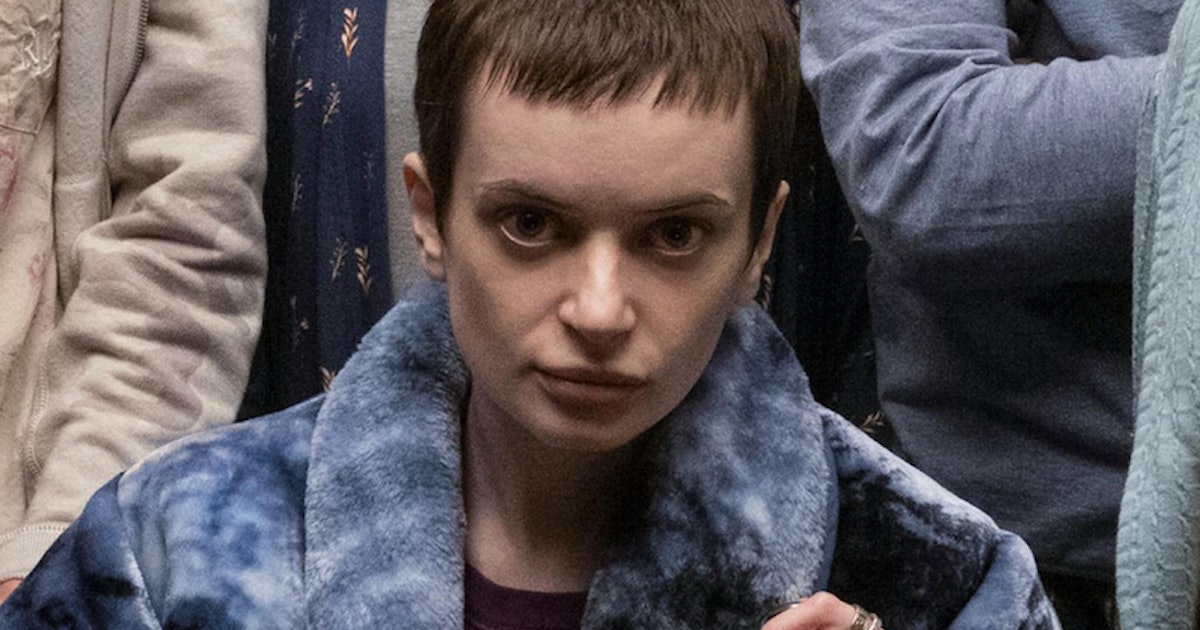 My ‘House of Usher’ character is “massively different”

Like a lot of people, Ruth Codd got into TikTok during the pandemic. But unlike the rest of us, that hobby turned into a new career.

After losing her job as a barber, the 26-year-old Irish actor turned to TikTok as a creative outlet and soon found herself with a sizable following (more than 672,000 followers and 20 million likes to her since-deleted account). But Codd never thought she’d wind up her delivering one of the most memorable TV performances of 2022 as Anya in Mike Flanagan’s The Midnight Club.

Anya, like Codd, is a below-the-knee amputee, which made the casting process “harrowing” for Flanagan. “Anya was a really hard part to cast. She’s written to be an amputee in the book, and we really wanted an actor who was [too],” he said at a press event in October. Eventually, Flanagan’s casting director, Anne McCarthy, found Codd. “She sent in an audition and it eclipsed everybody else.”

“Casting offices need to stop being so lazy and put the time in to find disabled people to play disabled roles.”

The Irish 26-year-old doesn’t make TikToks anymore. Instead, acting has become a new and unexpected passion.

“I didn’t do drama or anything in school,” Codd tells Inverse. “I was like Villager No. 4 in my school play, and I only did it to get out of class. Before that, I was in a Nativity play, and I forgot my lines.”

The Midnight Club follows a group of patients at a teen hospice who gather every night to tell scary stories brought to life by the same young ensemble. Anya tells the show’s first full-scale story, about a girl named Dana who splits herself into two so she can keep up her picture-perfect life and still have fun. It’s this sequence that solidifies The Midnight Club’s storytelling premise — and Codd’s role as the show’s breakout scene stealer.

Netflix may have canceled The Midnight Club, but that’s only a minor setback. Codd is slated to appear in Flanagan’s upcoming series The Fall of the House of Usher (his last for Netflix). Beyond that? Who knows, but she’s got some ideas.

As part of our Scene Stealers series, Inverse spoke with Codd about her sudden rise to fame, becoming part of the “Flana-verse,” and what comes next.

Your casting in The Midnight Club shows that casting disabled actors and disabled roles is not only possible, but it is often the best choice. What do you want to see change in the entertainment world around that?

No matter how good of an actor you are, you’re never really going to be able to understand what it’s like to be disabled unless you actually are. You don’t even need to hire actors, just do what [the casting directors of Midnight Club] did. I’m sure there are 500 people just like me, probably more talented, that want the opportunity just as badly. Casting offices need to stop being so lazy and put the time in to find disabled people to play disabled roles.

What was your biggest challenge and working on the series as a whole?

Probably just getting my head around the whole “acting” thing. I accepted halfway through the series that I didn’t really know what was going on, and I probably never will. I’ve worked a couple of jobs since, and I still don’t really know what’s going on. I’m quite incapable of hitting a mark. So I think that’s the type of actor I am.

But everyone was so lovely. Especially the older actors that have been with Mike for a while. They’re always there. If you’re like freaking out about something, or you need advice, they’re always there to help.

Episode 7 of The Midnight Club was a departure for the series, showing Anya in a limbo after her apparent death. What was that like to film?

It was beautifully written. I think it would have been pretty hard to stuff up because it was so well written by Jamie Flanagan. When I’m playing a character, I think about them a lot. But as regards preparation, I just go in on the day and see how it goes. I just kind of trusted the director and trusted the writer and did my job.

Mike Flanagan released the plot details for what would have been Season 2 of The Midnight Club, which revealed Anya would return within the stories despite dying in Season 1. What did you think of his plans?

I loved them. I loved that I didn’t come back as Anya. I didn’t know anything. He didn’t really tell any of us his plans for Season 2. None of us really knew, so it was good to get a bit of closure. I love that I came back like through the stories.

Are you going to miss The Midnight Club and Anya as a character?

Yeah, I will. I mean, I kind of knew I was never [returning] because the last scene I filmed was the scene in the bed, where she closed her eyes and said good night. I knew that even if I did come back, Mike wouldn’t have me back as Anya. Because while the show is about ghosts, it is very realistic to life. I’m not really a crier, but that day, I was blubbering, the crew was blubbering. I don’t know how they got that shot of me in the bed. I couldn’t keep it together at all.

Have the cast discussed the Season 2 plans? Do you stay in touch?

Yeah, we do. Sauriyan [Sapkota] and I talk all the time. We’re all quite sad it’s not going ahead. But we had such fun, we were all so lucky to be part of Season 1. All good things come to an end, I suppose.

What can you say about your character in the Fall of the House of Usher? How does this character differ from Anya?

I’m contractually not allowed to say — that makes me sound like such an actor! But she’s so different. Massively different. She’s kind of the polar opposite of Anya in a lot of ways, and she wears really cool clothes. I had the time of my life on that set. [Costume designer] Terry [Anderson] kept coming up to me with outfits asking “Is it too much?” and I’d just be like “Nope! Nope.”

“She’s kind of the polar opposite of Anya in a lot of ways, and she wears really cool clothes.”

Would you ever work with a creator other than Mike Flanagan?

Yeah, I mean, of course I would. But if Mike wants to employ me for the rest of my days, I’m perfectly happy. I love working with him. Obviously, I would love to work with other people too. But I think hopefully, I’ll always get to go home to my Mike Flanagan family.

Tim Burton! I watched all of Wednesday in two nights; I love Jenna Ortega.

Mike Flanagan is known for adapting books. Are there any stories that you’d like to see him tackle?

There’s a John Boyne book called The Heart’s Invisible Furies. I’ve never said this to him, but I would love to see him put a spooky twist on that. His grandparents — or great-grandparents, I can’t remember which ones — are Irish, so he does really get Irish humor. It’s just like his type of humor. It’s a dark book, but there’s really good dark humor in it. I’d like to see him adopt that. And then also cast me.

Who would you want to play?

How has being in The Midnight Club changed your life?

Financially? Drastically. I was unemployed. But I feel like I found something again that gives me purpose in life. I’m just so lucky. I have a job now where I get up in the morning and I look forward to going into work on something that I’m so passionate about. I just can’t get over how lucky I am, really.

Like a lot of people, Ruth Codd got into TikTok during the pandemic. But unlike the rest of us, that hobby turned into a new career. After losing her job as a barber, the 26-year-old Irish actor turned to TikTok as a creative outlet and soon found herself with a sizable following (more than 672,000…

Like a lot of people, Ruth Codd got into TikTok during the pandemic. But unlike the rest of us, that hobby turned into a new career. After losing her job as a barber, the 26-year-old Irish actor turned to TikTok as a creative outlet and soon found herself with a sizable following (more than 672,000…

5 years ago, Matt Damon made a sci-fi flop that was ahead of its time

30 years ago, the most hated Enterprise captain changed Star Trek for the better