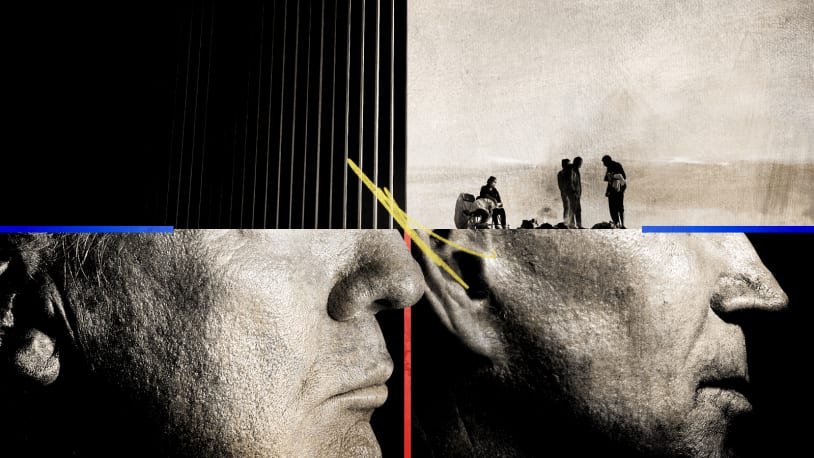 Why the end of Title 42 could mean immigration ‘chaos’

A surge of migrants is coming. Title 42, a pandemic-era policy that restricted the follow of migrants across America’s southern border, is scheduled to be lifted soon — although a last-minute appeal by Republican governors to the Supreme Court may delay the change. If not, southern states are girding for an influx of arrivals at an already-overwhelmed border. “If the courts do not intervene and put a halt to the removal of Title 42, it’s going to be total chaos,” Gov. Greg Abbott (R-Texas) said Sunday. But the Biden administration says its hands are tied by a judge’s order to end the policy. “A court is requiring us to lift it on December 21,” one official told CNN. “We are required to do it.” What is Title 42, and what will the end of the policy mean for immigration in America? Here’s everything you need to know:

It’s the part of American law aimed at stopping the spread of communicable diseases, the Texas Tribune explains. The rule gives the director of the CDC authority to limit immigration in order to curb the spread of infection from other countries, “for as long as health officials determine the action is necessary.” The Trump administration invoked the law in March 2020, closing the borders to both Mexico and Canada. That’s had a massive effect on migration: Since Title 42 went into effect, “immigration officials have used the health order more than 2.4 million times to expel migrants.” That included many migrants who under normal circumstances would have had the right to apply for asylum in the United States.

Right. It’s a health policy — but one that’s been treated as a de facto immigration tool. As Ellen Ioanes notes at Vox, “Republican-led states have been trying to keep it in place due to its effectiveness in curbing immigration, particularly at the southern border.” Indeed, the Texas Tribune notes that Stephen Miller, the Trump administration’s immigration hawk, pushed to use the health law to limit immigration back in 2018 — more than a year before the pandemic emerged.

Why is Title 42 ending now?

The Biden administration has been trying to end the policy for most of 2022. As CNN notes, the White House announced in April that it was lifting Title 42 because “current public health conditions and an increased availability of tools to fight COVID-19” make it no longer necessary. That decision was soon tied up in lawsuits: In May a federal judge in Louisiana blocked the rescinding of Title 42 — but in November, another judge found the policy “arbitrary and capricious” and gave the Biden administration five weeks to lift it. (Republican states are still fighting to keep Title 42 in place.) Which brings us to this point.

Are officials at the border ready for more migrants?

Probably not. “If Title 42 is lifted, immigration at the border is expected to increase,” Politifact notes — but points out that “Immigration at the border has been increasing for the past two years, even with Title 42 in place.” Why? Because conditions are often dire in the countries the migrants are leaving. That doesn’t mean that the federal government — or border states like Texas and Arizona — is ready to receive the additional influx, though. As Ioanes points out at Vox, “the fact remains that the immigration system is overstretched and inefficient.” Immigration cases often take more than two years to process, and nonprofit agencies that help new migrants are “overwhelmed.” Adding even more migrants — up to 14,000 people a day — won’t help. El Paso’s mayor has declared an emergency due to “scores [of migrants] sleeping on the streets” even before Title 42 is lifted.

What are Republicans saying about Title 42?

They’re vocally opposed to lifting the policy. “Whether it’s COVID or some other issue, when you have people coming across the globe without knowing at all what their health status is, that almost by definition is a public health risk,” Texas Gov. Greg Abbott told ABC News. “There’s every reason to keep that in place.” It’s not just Republicans, though. On CBS, Sen. Joe Manchin III (D-W.Va.), and Reps. Tony Gonzales (R-Tex.) and Henry Cuellar (D-Tex.), argued the Biden administration isn’t ready for the inevitable migrant surge. “We have a crisis at the border,” Manchin said. “Everyone can see that.”

Some Democrats are pushing back. “Here’s the biggest frustration for all the Republican rhetoric about chaos at the border: No. 1, they have yet to come forward with a plan of how to better handle this scenario,” Sen. Alex Padilla (D-Calif.) said on ABC.

The Biden administration is working on a new policy to stem the tide of new immigrants, The Wall Street Journal reports. The new measure would “target migrants who cross the border illegally, subjecting them to quick deportation” — while migrants who apply for asylum at official border crossings would be required to register for an appointment in advance. But the new policy probably will “face immediate legal challenges from immigration advocates,” and even if it survives those challenges, it’s not clear whether the new strategy will “redirect” the expected influx of migrants. Immigration, always a tough challenge for American officials, may be about to get even more challenging.

A surge of migrants is coming. Title 42, a pandemic-era policy that restricted the follow of migrants across America’s southern border, is scheduled to be lifted soon — although a last-minute appeal by Republican governors to the Supreme Court may delay the change. If not, southern states are girding for an influx of arrivals at an…

A surge of migrants is coming. Title 42, a pandemic-era policy that restricted the follow of migrants across America’s southern border, is scheduled to be lifted soon — although a last-minute appeal by Republican governors to the Supreme Court may delay the change. If not, southern states are girding for an influx of arrivals at an…

Why pet rent is so hotly contested