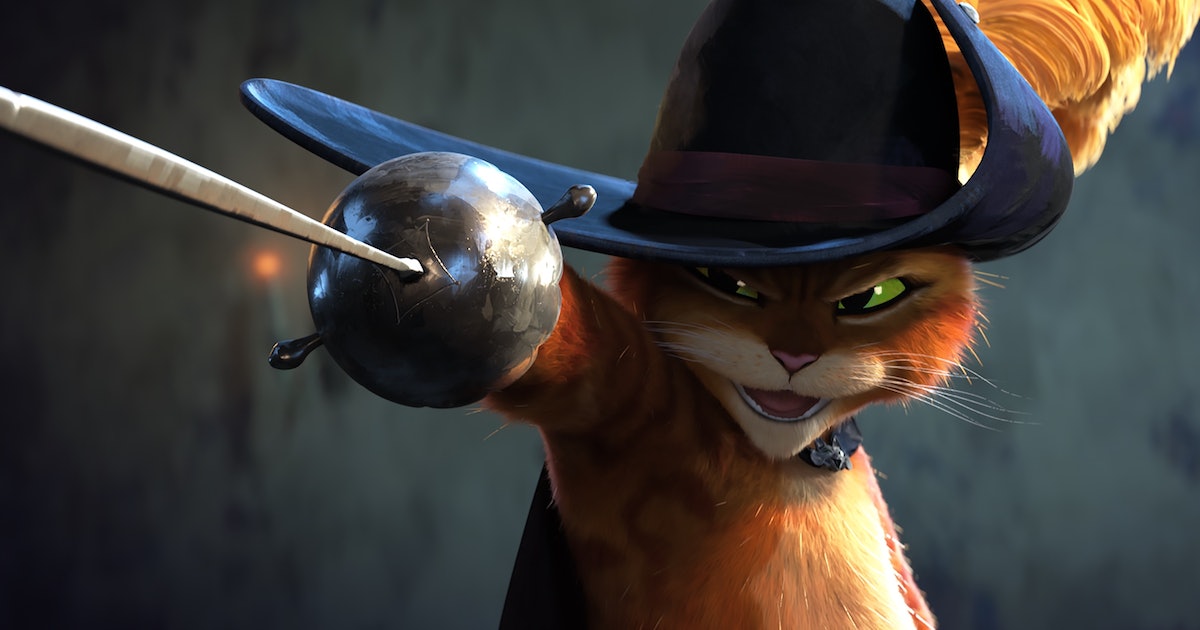 Shrek changed everything — but not necessarily for the better. The animation industry was already on the cusp of metamorphosis. Disney was in the throes of an identity crisis following the end of its ‘90s Renaissance. Pixar’s Toy Story broke new ground for the CG animated movie. But where Toy Story proved the power of CG animation, Shrek mined its potential to deliver a sharp fairytale satire that spoke in the post-ironic language early aughts audiences absolutely ate up.

It only took a smug arched eyebrow and a glib, self-deprecating tone for earnest cinema to begin its slow and painful death. With each subsequent Shrek movie — of which there are four (!) including the first Puss in Boots — the series lost its luster, becoming just another clever, self-aware franchise in a sea of clever, self-aware animated movies that spent more money on their disinterested stars than their shabby animation made by underpaid CG artists.

It seemed like the fate of Shrek was to be doomed to the dustbin of history, the original movie eclipsed by memes and ironic Shrek raves. That is, until Puss in Boots: The Last Wish.

The sequel to 2011’s Puss in Boots, which saw Antonio Banderas reprise the role of the feline swordmaster in a one-off adventure, The Last Wish isn’t the revolution some reviews might suggest. But by taking visual and emotional inspiration (along with a director) from the revolutionary Spider-Man: Into the Spider-Verse, it’s the radical breath of fresh air that the waning Shrek franchise has long needed. And with it following in the footsteps of eye-popping CG animated films like The Mitchells vs. The Machines and The Bad Guys, The Last Wish could even do as the original Shrek did: signal an exciting turning point for the stale state of animation.

Puss in Boots: The Last Wish takes place sometime after the events of the first Puss in Boots and Shrek Forever After. Puss is enjoying his fame as a legendary hero, but time catches up with even the most dashing of rogues, as his latest daring adventure leaves Puss on the last of his nine lives. Forced to grapple with his own mortality for the first time, Puss is sent on the run by a bloodthirsty bounty hunter, Wolf (a terrifying Wagner Moura), who stalks him at every turn. But retirement does not suit Puss, and when he hears of a Wishing Star that can grant the user one wish, he embarks on a quest to get his nine lives back.

The Last Wish is a surprisingly introspective family adventure, one that gives as much airtime to questions of mortality, ego, and legacy as it does “edgy” riffs on fairytales. It’s embodied in Banderas’ disarmingly tender performance as Puss, the actor tapping into the same naked vulnerability he displayed in Pedro Almodóvar’s Pain and Glory — another movie about an over-the-hill man looking back at his life and legacy. To speak of these two movies in the same sentence is ridiculous, to be sure, but it’s incredible that Banderas gives as much grace to a talking cat character satirizing his own role of Zorro as he does to his career-best performance. It speaks to how much care he has for the character — and it comes through in the film itself.

The Shrek franchise’s penchant for stunt casting is on full display here, but the supporting stars all step up to lend the same amount of emotional care. Salma Hayek returns as Puss’ femme fatale love interest Kitty Softpaws, now wounded from their failed romantic past. Harvey Guillén just avoids being the annoying sidekick as the eternally optimistic dog Perrito, who tags along on Puss’ quest. And this movie’s main fairytale twist — Goldilocks and the Three Bears, but as scrappy Guy Ritchie-esque gangsters — have surprising depth thanks to the ever-talented Florence Pugh, Olivia Colman, and Ray Winstone. The only one who feels out of place is John Mulaney’s villainous “Big” Jack Horner — Mulaney’s trademark bubbly voice reaching the limits of his range.

But the better-than-expected vocal performances of the celebrity voice cast wouldn’t work quite as well if The Last Wish weren’t so stunningly animated. Borrowing from Into the Spider-Verse’s comics-inspired CG animation, The Last Wish takes on a painterly look unlike any Shrek movie before it. For what reason? None, other than it looks cool, but it’s the kind of dynamic, visually exciting stylistic choice that is of a piece with Puss in Boots’ bombastic personality. Little stylistic flairs — lines that appear in the air when a person claps, action that moves faster than you can blink, lush greens transforming into bright pinks in a split second, the threat of death casting the world into deep shadows and flaming reds — make The Last Wish feel all the more fantastical. Special care has been given to the character designs too; the bounty-hunting Wolf, wielding scythes and appearing like a vision of Death each time, is especially striking.

Kung Fu Panda director Joel Crawford shepherds this new visual approach with zeal, taking over from Into the Spider-Verse head of story Bob Persichetti, who was originally brought on as director before stepping down.

It’s worth remembering how radical Shrek was when it debuted. It was a middle finger to the Disney fairytale, a fart in the face to the dominating force in family entertainment. It cleverly sent up the antiquated formula of the Disney animated movie and managed to squeeze in a Matrix parody while it was at it. It was animation for adults. Of course, Hollywood — and the Shrek franchise itself — took all the wrong lessons from Shrek. Cleverness was prioritized over character. Quips over sincere emotion. Parodies over story progress.

Puss in Boots: The Last Wish may not be quite the shock to the system that Shrek was, but it’s a much-needed injection of that special magic that’s been missing since the first film: emotional depth, visual dynamism, and most importantly, something new.

Shrek changed everything — but not necessarily for the better. The animation industry was already on the cusp of metamorphosis. Disney was in the throes of an identity crisis following the end of its ‘90s Renaissance. Pixar’s Toy Story broke new ground for the CG animated movie. But where Toy Story proved the power of…

Shrek changed everything — but not necessarily for the better. The animation industry was already on the cusp of metamorphosis. Disney was in the throes of an identity crisis following the end of its ‘90s Renaissance. Pixar’s Toy Story broke new ground for the CG animated movie. But where Toy Story proved the power of…