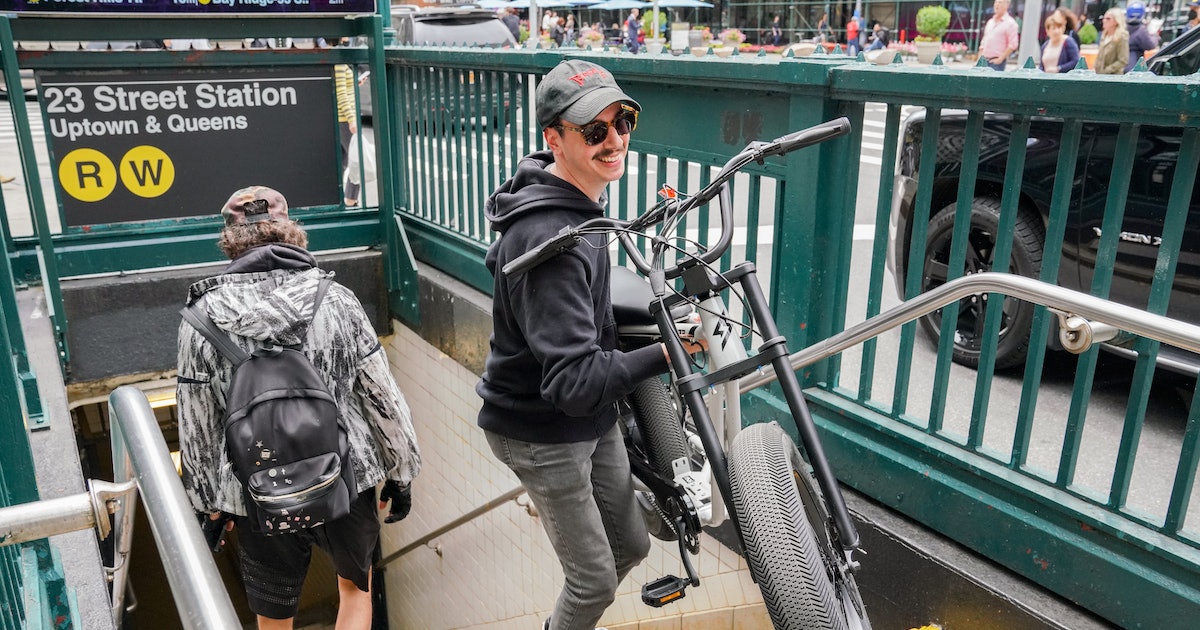 As 2022 comes to a close, we want to share with you the devices, software, and services that have made the Inverse gear team’s lives both professionally and personally better throughout the year. Nothing here is sponsored, though our parent company BDG will get a commission if you buy anything through the affiliate links. Mostly, this is just our team’s personal favorite tech of the year — all in one place.

The name is James, but you can call me, well… James.

I’ve never feigned to be anything other than superficial. That’s my disclaimer before you read (or don’t read) the words I’ve written here. And while superficiality runs deep with me, it pales in comparison to my compulsion to be excruciatingly critical of everything that dares to exist in front of my eyeballs —in this case, as a Senior Editor at Inverse’s Gear section, loads of consumer tech.

Rather than use this tandem of toxic traits to simply alienate potential human connection, I’d be honored if you let me parlay them to recommend some of the prettiest and most pivotal pieces of hardware and software I’ve used this year. This is an imperfect list of the most un-hatable gadgets in my life.

Nothing’s Ear 1 may have had a rocky start, but by the time I got around to owning a pair, they wer – as Carl Pei notes – almost a completely different product. Nothing strikes a Goldilocks balance of style and substance that’s difficult to find in the tech world. If you’re someone who likes music but hates the ho-hum ubiquity of Apple’s minimalism, the Ear 1 (and the newer, non-ANC Ear Stick) is a perfect palate cleanser.

In case you missed it, I kind of like this Seagate Xbox expansion card. It’s not the sexiest tech, but it’s a game-changing accessory for folks who are always vying for space on the Xbox Series S. Even at this price point, it’s hard to argue with Seagate’s contribution to storage ingenuity. It comes in several sizes, including a 512GB, 1TB, and 2TB. Giving this as a gift is an easy way to earn some surefire gratitude from Xbox owners in your life.

E-bikes might be expensive, but after riding the Super73-Z Miami the cost comes into perspective. With its lightweight frame, bench seat, and multiple ride modes, you’d be hard-pressed to find a bike or scooter that balances comfort, style, and practicality as well as this offering from one of the best electric bike companies out there.

As I type these words, I’m doing so on the fastest laptop that I’ve personally ever owned. Apple’s M-series Macs just work: they’re lightning fast, battery-efficient, and now — two years removed from their initial release — much more affordable. It’s hard to overstate what an indispensable tool Apple’s M1 MacBook has been for me and my work over the past two years. The best gadgets are sometimes the ones that you take for granted — the ones that work so well that they disappear into the background. That’s exactly what Apple has built here.

For my lungs and my mental health, buying an air purifier was easily one of the best decisions I made in recent years. Not only do I live in New York City — a land not known for its pristine air quality — but I own one, very small, but very furry cat. I can say for certain that Coway gets the job done, and without sacrificing too much in the way of stylish decor. It doesn’t hurt that this thing is easy to clean and highly sensitive. If you live in a small city apartment like me, you’ll be breathing (a cleaner) sigh of relief in no time.

There are lots of seven-minute workout apps out there, but this one is mine. I’ll never be a real Gym Guy, so anything that makes working out easy is an invaluable tool in my book. The 7 Minute Workout app offers loads of targeted HIIT exercises that cram routines into — yup — seven minutes. The app also keeps track of all your workouts and has voice-guided workout cues. And that’s all in the free version.

If you’re noticing a style/substance theme to my recommendations, thank you for reading between the lines — also, if you’d kindly get out of my head, that’d be greatly appreciated. The Klipsch One II Bluetooth speaker is the audio amalgam of style and substance. It sounds gorgeous, and if you’re into mid-century modern aesthetics, looks gorgeous too. Turns out you don’t have to hate how your stereo looks to achieve satisfying sound. Metal switches/knobs, anyone?

In my chicken wing fry-off of 2022, I was shocked at how well Philip’s Air Fryer performed in crispifying wings to my standards — even when pitted to my beloved Buffalo, New York tradition of deep frying. I don’t think air fryers are an indispensable tool in the kitchen quite yet, but the hype is real: Philips’ Air Fryer XXL really works, and saves you a huge mess in the kitchen to boot.

Admittedly, I was a bit confused about the strange space that Amazon’s Fire Cube devices occupied in the world of streaming devices. But then I used one. I can say without a doubt that the Fire Cube — its Super Resolution upscaling and snappy processors — made my crappy TV feel a lot less crappy. I’m in a permanent state of wishing that voice assistants (including Amazon’s Alexa) were just a little more consistent, but sometimes it doesn’t hurt to partake in a little controlled shouting — especially at inanimate objects.

I’ve been living with two Nest Minis for years. In my experience, Google Assistant is the smartest and most capable AI when it comes to lording over your smart homes. Do they still misunderstand me? Of course they do. But for the money, they’re an affordable and effective tool to make your smart home tick, even if the speakers sound about as hi-fi as playing tunes through a block of Swiss cheese.

Protecting your phone is great and all, but looking cool while you’re doing it is really what matters to me. Sadire’s Narcissist phone case gives you a taste of both, plus a little meta subtext to boot: The back of the case depicts Narcissus casting his infinity gaze into a mirrored background (a mirror that you can actually check yourself out in). Nothing like a little Greek mythology humor with your phone safety.