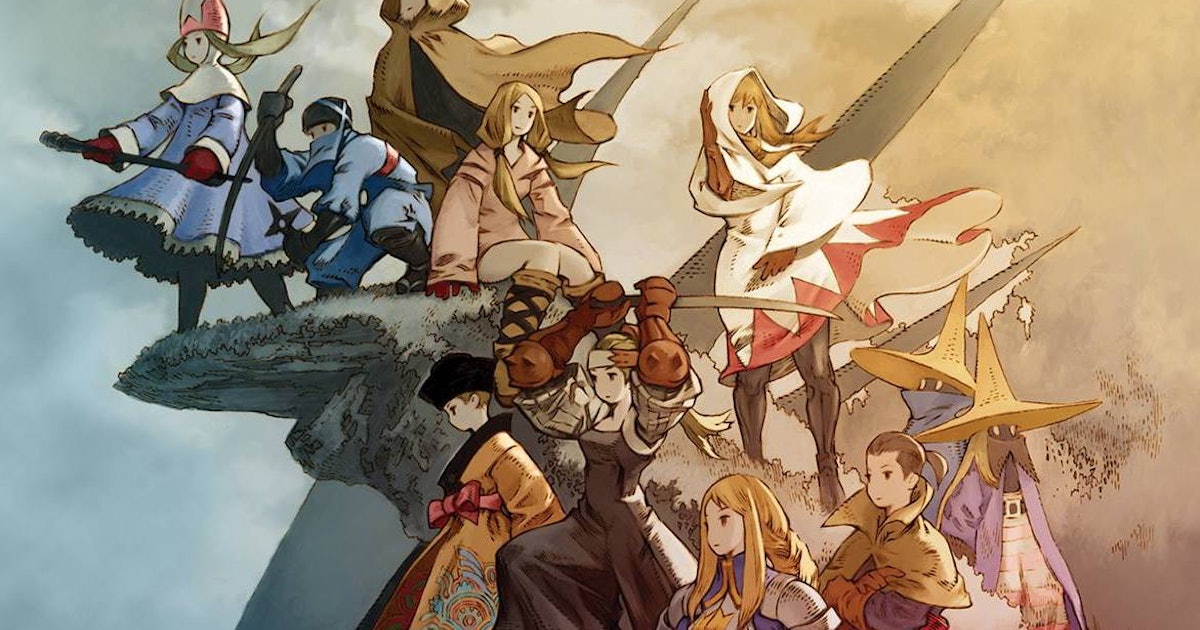 Final Fantasy features dozens of beloved characters and stories, and it’s easy to argue the franchise has pushed the medium’s storytelling forward by leaps and bounds over the years. While plenty of people have favorites like Final Fantasy VII or Final Fantasy X, the series’ most ambitious narrative is the cult classic spinoff Final Fantasy Tactics. While Final Fantasy often dabbles with weighty themes, Tactics is an entirely different story, with an epic tale of war that dives into themes of racism, xenophobia, religious dogma, and how history is skewed by those in power. On its face, Final Fantasy Tactics seems as simple as any other game in the series, but the way the narrative plays out and builds layers of complexity is incredible — and something that even very few modern games can match.

Final Fantasy was released on December 18, 1987, and 35 years later, it remains one of the most beloved franchises in gaming. Inverse‘s celebration takes a look back at our favorite games, characters, and moments over the years.

Final Fantasy Tactics was the first game to introduce the Medieval-inspired world of Ivalice, with the story picking up shortly after a horrific conflict known as the Fifty Years War. Now, the country is going through an economic depression and sits on the precipice of another war. When the king dies, two potential heirs are left to fill the power vacuum.

A big piece of what makes Tactics’ narrative so fascinating is how the player fits into everything. You take on the role of Ramza Beoulve, a member of one of the most powerful political houses in Ivalice. Ramza’s brothers, Larg and Goltana, each back a different candidate for the throne, thrusting the country into yet another conflict called The War of the Lions.

Ramza fills an interesting role in the overall story, as he is technically a noble, but also the bastard son of a common mother. Alongside Ramza is the game’s other central character, Delita, a commoner disillusioned with the way nobles use and abuse those below them. Despite their differences, Ramza and Delita are close friends and practically brothers.

Final Fantasy Tactics makes it clear early on that politics and the interplay between the powerful people of Ivalice is at the focus of this story. The opening hours of the game take liberal steps to introduce the various factions at play, like the Corps Brigade, a revolutionary army made up of peasant soldiers that didn’t receive payment from the previous war.

There’s some impeccable world-building in Final Fantasy Tactics, and while all of the political aspects might sound initially confusing, the narrative does a great job of letting players know what each faction is really about. Of course, any good Final Fantasy game has a few twists, and boy does Tactics have those in droves.

The story’s first curveball comes when Ramza and Delita witness the brutal murder of Delita’s sister at the hands of a noble. This leads both characters to cut their ties with nobility, so they both seek to bring an end to the war and change Ivalice’s power balance forever. This is where things get really interesting as the game really begins to investigate its core themes of morality and history.

Delita and Ramza ostensibly have the same goal, but what’s really fascinating is how the game uses Delita as a foil to bring Ramza’s actions into question. As you progress through Tactics’ story, you learn more about a villainous organization called the Lucavi, an organization posing as the church that’s actually trying to revive a dead god. The Lucavi aren’t afraid to use murder, kidnapping, sedition, and more to meet their goals. They’re unquestionably evil, but what’s really fascinating is that the narrative starts to show Delita isn’t afraid to use those very same ideas to meet his own goals.

Do the ends ever justify the means? In the opening hours, players come to understand Delita’s motivations and morals before the game pulls the rug out and sends him down a more “villainous” path. Final Fantasy Tactics doesn’t try to take a morale high ground and tell players violence is bad, but rather looks at the way revolutions play out, and how violence can, sometimes, lead to positive change.

Compare this to Ramza’s role in the story as a privileged noble and an unwitting participant in subjugating the downtrodden. Part of what make’s Ramza’s story so compelling is that he’s forced to face his privilege and realize the role he’s played in propping up the hierarchal status quo. He’s absolutely one of the better protagonists of the entire series, as someone that’s determined to at least understand the motivations of the game’s villains, even if he doesn’t agree with their methods.

Both Delita and Ramza do things that wouldn’t be considered morally good, but Ramza falls more on the lawful side of things while Delita is more chaotic. Seeing the way these two characters develop and drift apart is utterly fascinating, and the bow on top is the legacy that they leave.

Ramza is the one that really stops the plot of the Lucavi, but because that puts him against the church, he goes down in history as a heretic. Meanwhile, Delita ruthlessly murders and uses intimidation to get what he wants, ultimately marrying Princess Ovelia and becoming king. Because of this, Delita is lauded as the kingdom’s savior despite being a secondary villain.

Final Fantasy Tactics constantly reminds the player that history is often shaped by those in power, and those that win wars. Ramza and Delita are two sides of the same coin, one a noble and one a commoner, both desperately trying to bring an end to Ivalice’s rampant classism and corrupt leaders.

There’s so much more to unpack about Final Fantasy Tactic’s narrative and themes, but what it all boils down to is that the game isn’t afraid to have a strong message. Tactics never shies away from asking tough moral questions with its story, like if violence is ever justified, or how religion can be used to force people into subservience. It’s a game with incredibly lofty goals that, somehow, manages to meet most of them. I only hope that someday another Final Fantasy game can rise to the narrative masterclass set by Tactics 26 years ago.

Final Fantasy features dozens of beloved characters and stories, and it’s easy to argue the franchise has pushed the medium’s storytelling forward by leaps and bounds over the years. While plenty of people have favorites like Final Fantasy VII or Final Fantasy X, the series’ most ambitious narrative is the cult classic spinoff Final Fantasy…

Final Fantasy features dozens of beloved characters and stories, and it’s easy to argue the franchise has pushed the medium’s storytelling forward by leaps and bounds over the years. While plenty of people have favorites like Final Fantasy VII or Final Fantasy X, the series’ most ambitious narrative is the cult classic spinoff Final Fantasy…

How to get into the new area