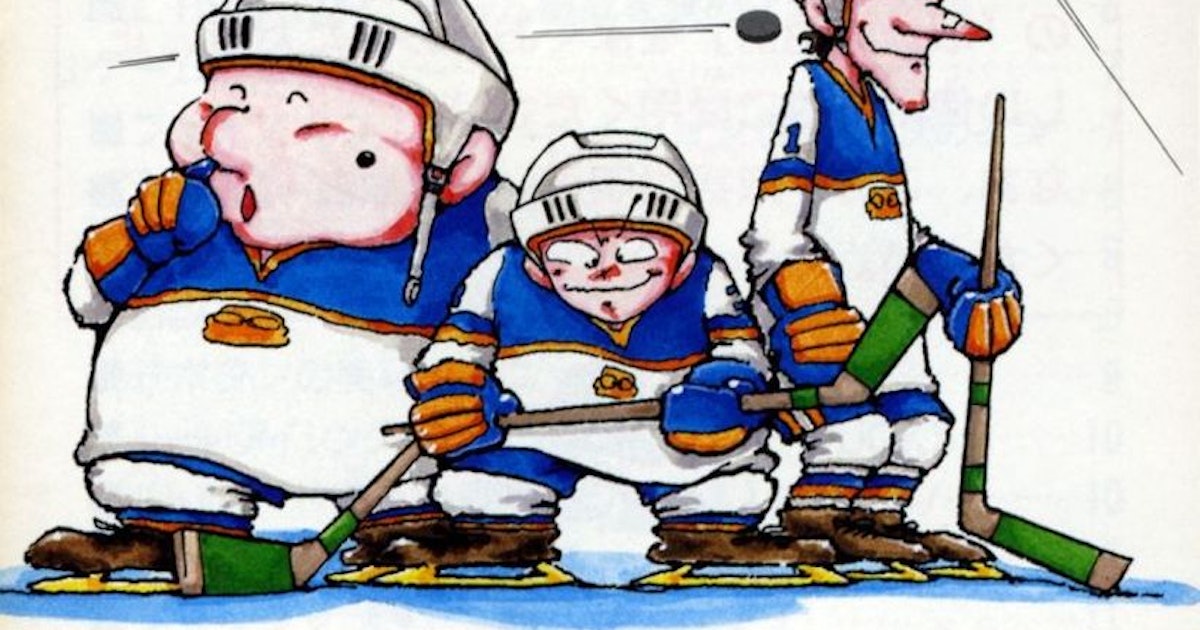 34 years ago, a forgotten Nintendo masterpiece paved the way for Mario Kart

Sports were always a natural fit for video games, even before Pong began replicating table tennis in 1972. Electro-mechanical games allowed players to shrink star athletes down to a controllable size. The International Mutoscope Reel Company’s K.O. Champ, which came out in 1955, had players control small metal boxers and throw as many punches as possible while a timer counted them down.

At face value, sports already have everything that video games need: points, timers, furious action, and tons of skill and luck are required to win. These were structures practically built for games. So it wasn’t surprising that a few years after the NES had been released in America, a suite of sports games followed. Baseball, Golf, Soccer, and so on.

Can you spot Luigi in this version of Ice Hockey?

Ice Hockey, which came out in 1988, was one of many. But the game has become something of a cult favorite, much like Shigeru Miyamoto’s Excitebike. Ice Hockey had another ringer under the hood: Hideki Konno, who would later show his mastery of the casual sports game with the Mario Kart franchise. Konno made Ice Hockey stand out above its generic-sounding name, and it’s available right now if you’ve subscribed to Nintendo Switch Online + Expansion Pack.

Ice Hockey uses a different framework than modern sports games. Modern NHL games rank players through carefully calculated rubrics, allowing players to rank teams and athletes. The six teams included in Ice Hockey — Sweden, Czechoslovakia, Canada, Poland, the Soviet Union, and the USA —are not ranked in any particular fashion. The way for a player to stand out is through the careful building of their starting lineup.

These hockey players have no names. Instead, they vary in size, ranging from skinny to fat. Skinny players are quick, larger players are stronger. Choosing your preference of play style in Ice Hockey is one of the big things that differentiates it from other games of its moment: While strategy is not needed to win, it can certainly help.

Scoring in Ice Hockey can be fast and furious, allowing players to run up the score in comical ways. Or, if they’re not very good, the computer will do just that. The Soviet Union losing 16-1 to Czechoslovakia? It’s more likely than you think.

The challenge for the novice Ice Hockey player is figuring out who, exactly, they control. You control the player with the puck, and if you lose the puck then it’s that player on defense, except if the opposing team is close to the goal, then you control the goalie. I gave up a few goals in the process of figuring out exactly when my goalie came under my control, but eventually, I was able to feel it out.

What the five-on-five games lack in professionalism, they make up with clever additions. It’s possible for players to get into full brawls, with whole teams getting sucked into a melee. While you can’t exactly control the action within a fight, as would become common in modern NHL games, it’s charming to watch the animation play out. The same goes for the Zamboni animations between periods.

1988 was a crucial year for sports games. Debuting on the Apple II was John Madden Football, which would later become known as the juggernaut that is simply Madden. That game was developed by a football obsessive, while Ice Hockey was made by a director who didn’t seem particularly passionate about hockey.

Rather, Konno was focused on making a fun and competitive game with hockey as his medium. In 2011, in an interview with Game Informer, he offered his perspective on the perfect Ice Hockey lineup: “As far as trying to pick the right physique, skinny’s no good … well I shouldn’t say no good. Two big guys and two regular. That’s the team I recommend. No skinny dudes.”

Ice Hockey would be built upon, but it also provided a solid foundation for the legion of sports games that would come after.

Sports were always a natural fit for video games, even before Pong began replicating table tennis in 1972. Electro-mechanical games allowed players to shrink star athletes down to a controllable size. The International Mutoscope Reel Company’s K.O. Champ, which came out in 1955, had players control small metal boxers and throw as many punches as…

Sports were always a natural fit for video games, even before Pong began replicating table tennis in 1972. Electro-mechanical games allowed players to shrink star athletes down to a controllable size. The International Mutoscope Reel Company’s K.O. Champ, which came out in 1955, had players control small metal boxers and throw as many punches as…