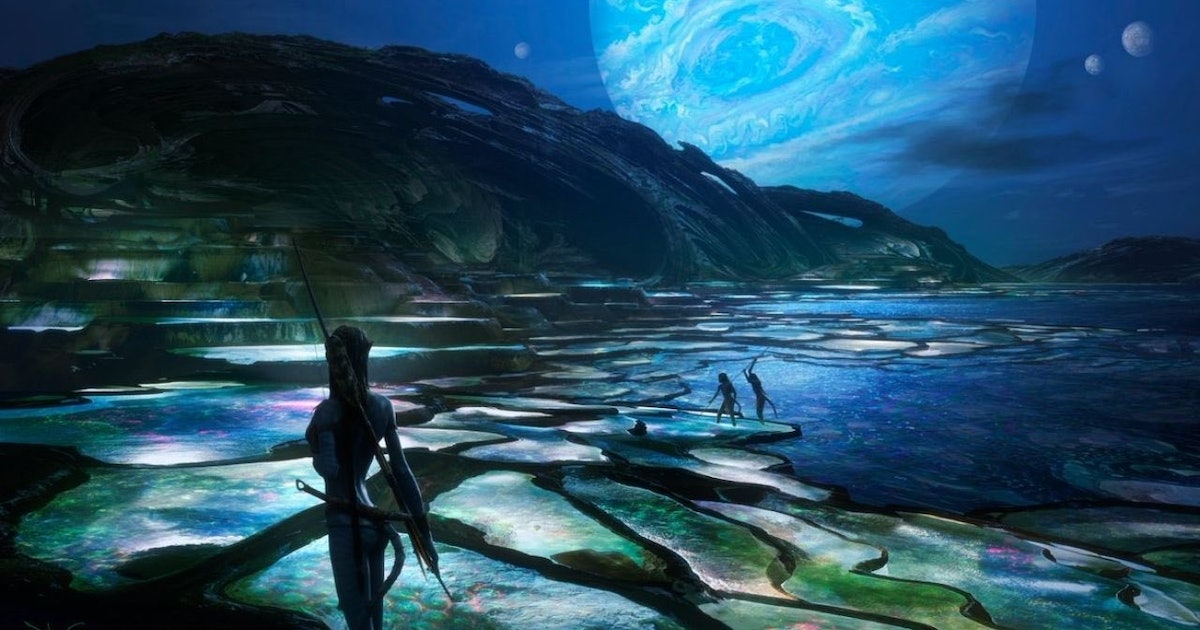 Release date, cast, and plot for ‘The Seed Bearer’

Avatar, the reigning box office champion that went on to inspire an enchanting themed land at Walt Disney World resort’s Animal Kingdom after grossing $2.84 billion worldwide, is finally back. And it’s even bigger and better than it was 13 years ago.

Avatar 2: The Way of Water relinquishes its predecessor’s stolen narrative from Pocahontas and Dances with Wolves to achieve a richer story paired with imaginative visuals that moviegoers have likely never seen in theaters. Many of these ticket holders may come out of Avatar 2 aching to be dazzled again in Avatar 3.

Though Avatar 3 is at least two years away from making it to the big screen, we already have some plot details based on recent interviews with director James Cameron — and some of the third installment’s plot was teased during Avatar 2 (though we won’t spoil that)!

WHAT IS THE AVATAR 3 RELEASE DATE?

Avid Avatar fans will be able to catch the threequel tentatively on December 20, 2024.

So far, we have no word on a subsequent Disney+ debut date for The Way of Water, but in the meantime, you can stream Avatar on the platform.

Expect all of the Avatar films to be filmed with a future iteration of the IMAX-certified Sony Venice CineAlta 3D, innovative underwater camera rigs, and unconventional lenses: Cameron’s love for shocking audiences with animals and aliens that seem to pop out of the screen will likely never wane.

Cameron is hoping to reignite the appetite for 3D with Avatar: The Way of Water. At CinemaCon 2022, the director delivered a promising message:

“With the new Avatar films, we’re pushing those limits even further, with 3D with high dynamic range, with high frame rate, higher resolution, and much greater reality in our visual effects.”

WHAT IS THE AVATAR 3 PLOT?

In an interview with the French publication 20 minutes, Cameron noted that if The Way of Water featured, well, water prominently, then Avatar 3 will spotlight another element: fire.

“To cultures different from those I have already shown. The fire will be represented by the ‘Ash People.’ I want to reveal the Nav’is from another angle because, for the moment, I have only shown their good sides. In the early films, there are very negative human examples and very positive Navi’s examples. In Avatar 3, we’ll do the reverse. We will also explore new universes while continuing the story of the main characters. I can say that the last parts will be the best. The others were an introduction, a way to set the table before serving the meal.”

Moreover, each of the sequels — including the third — will focus on the Sully family, and the lengths that parents and siblings will go to protect their families. Cameron has likened this aspect to The Sopranos.

WHO IS IN THE AVATAR 3 CAST?

The Seed Bearer (the rumored title of the Avatar threequel) boasts a star-studded ensemble cast, with familiar blue humanoids and new names as well.

IS THERE AN AVATAR 3 TRAILER OR POSTER?

Not yet! But watch this space…

WILL THERE BE AN AVATAR 4 AND MORE NA’VI ADVENTURES?

As long as people can’t get enough of Pandora’s stunning flora or dangerous fauna, James Cameron will be going ahead with his original plan of expanding the Avatarverse with a fourth and fifth film.

Avatar 3 has already finished principal photography and is slated for release on December 20, 2024. Some parts of Avatar 4 have already been shot, and it is scheduled to be released on December 18, 2026. Avatar 5 tentatively leaps to theaters on December 22, 2028.

BBC reportedly got the scoop on all four sequel titles, including The Way of Water, in November 2018. They were correct for Avatar 2. Although the official titles for Avatar 3-5 have not been confirmed, they are allegedly as follows:

Most recently, Cameron revealed in an interview with The Hollywood Reporter that he has plans for both an Avatar 6 and Avatar 7, but given his age, he is being realistic and considering passing the torch to another director that he will personally train to take on the task.

Avatar, the reigning box office champion that went on to inspire an enchanting themed land at Walt Disney World resort’s Animal Kingdom after grossing $2.84 billion worldwide, is finally back. And it’s even bigger and better than it was 13 years ago. Avatar 2: The Way of Water relinquishes its predecessor’s stolen narrative from Pocahontas…

Avatar, the reigning box office champion that went on to inspire an enchanting themed land at Walt Disney World resort’s Animal Kingdom after grossing $2.84 billion worldwide, is finally back. And it’s even bigger and better than it was 13 years ago. Avatar 2: The Way of Water relinquishes its predecessor’s stolen narrative from Pocahontas…

30 years ago, Jim Henson made his darkest movie ever — and failed to create a new genre