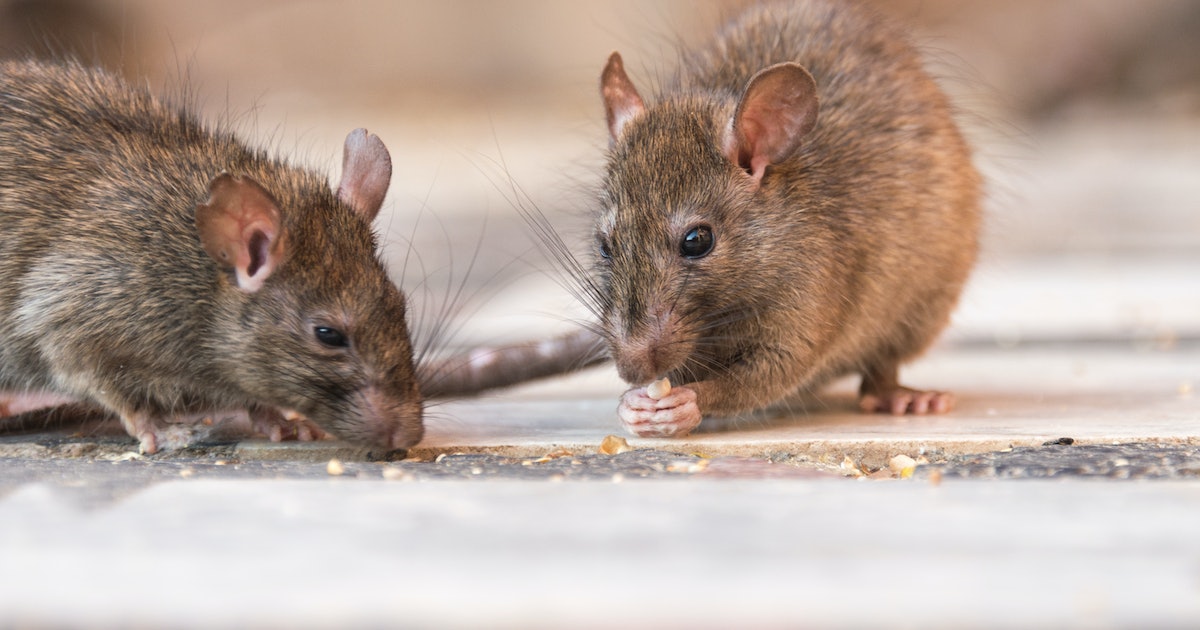 Why are there still rodent plague outbreaks? New research hints at the answer

Few diseases have been with us as long as the plague. We often talk about the deadly disease in the past tense, but the truth is that it never really went away — particularly in rodent populations.

Researchers have long been stumped by the odd transmission of plague among rodents, who were held responsible for spreading the Black Death that wiped out millions of people in Europe in the 1300s, even if recent research says humans may be the ones to blame.

Now, scientists think they’ve figured out how fleas transmit plague to wild rodents, which could help explain why periodic spikes in the disease — known as epizootics — still occur among the furry creatures. The findings were published Thursday in the journal PLOS Pathogens.

Here’s what you need to know first — The plague circulates at stable low levels among wild rodent populations throughout the United States, particularly in the southwest, but periodic epizootic outbreaks – the animal equivalent of a human epidemic — occur, leading to mass rodent deaths.

Scientists wanted to understand why these outbreaks happen in otherwise stable populations, so they turned their attention to fleas, which can become infected with the plague bacterium, Yersinia pestis. Infected fleas then bite rodents, making the animals a reservoir for the disease.

Fleas can transmit the plague in various stages. The first, known as early-phase or mass transmission, occurs the first time a flea feeds on its prey after becoming infected with the plague. This type of transmission was previously only observed in cases involving a group of five or more fleas feeding on an animal at the same time.

The second and third transmission stages of “blockage-dependent” transmission occur later on in the infectious period when the Yersinia pestis forms a bacterial layer, known as a biofilm, that restricts the passage of blood in their gut. When these “blocked” fleas feed, the plague bacteria in their gut mix with the blood of the host animal and get repelled back into the bite wound, thereby infecting the rodent.

What the scientists found — In this study, scientists examined the efficiency of these two types of transmission mechanisms based on how the ground squirrel flea, Oropsylla montana, transmits the plague.

Scientists observed the transmission of the plague for one month after the flea fed on either mouse or rat blood infected with the Yersinia pestis bacterium and thereafter modeled how the disease would spread among rodents.

According to their findings, early transmission is not very effective at spreading the plague and could only cause an epizootic outbreak among vulnerable rodents with blood characteristics that make them prone to the disease. In fact, exposure to non-lethal doses of the bacterium during this early stage actually helped to build up immunity in the rodent population. Therefore, epizootic outbreaks were less likely to occur, potentially explaining why the disease largely circulates at low levels in the population.

However, the blocked fleas were very effective at transmitting the plague bacterium and “could do so in more resistant hosts irrespective of their blood characteristics,” according to the paper.

This blockage-dependent mechanism is likely more responsible for causing the periodic outbreaks of the disease that lead to mass rodent deaths. In one particularly gnarly finding, researchers found a single blocked flea could transmit thousands of colony-forming units (CFUs) of Yersinia pestis before it eventually died of starvation.

Why it matters — Despite its longstanding prevalence, the plague is still a tricky disease for scientists to understand since it transmits through numerous flea species and can affect animals differently depending on their underlying susceptibility.

“The ecology of plague is complex,” write the researchers.

One of the longest unanswered questions among plague researchers: What drove epizootic plague outbreaks among rodent populations where the disease had previously been circulating at low, stable levels?

Now, researchers may have finally answered that question.

What’s next — So long as the plague circulates among other animals and fleas can effectively transmit the disease, humans are still at risk of infection.

According to the CDC, an average of seven human plague cases are reported each year in the U.S., typically after being bitten by an infected flea but also after coming in contact with infected animals or inhaling respiratory droplets from another human. Cats are also prone to plague infection and can transmit the disease to their owners.

Understanding how the plague spreads most effectively from fleas to rodents could thereby help reduce the risk of future outbreaks in humans, especially as antibiotic-resistant Yersinia pestis becomes a growing concern.

Few diseases have been with us as long as the plague. We often talk about the deadly disease in the past tense, but the truth is that it never really went away — particularly in rodent populations. Researchers have long been stumped by the odd transmission of plague among rodents, who were held responsible for…

Few diseases have been with us as long as the plague. We often talk about the deadly disease in the past tense, but the truth is that it never really went away — particularly in rodent populations. Researchers have long been stumped by the odd transmission of plague among rodents, who were held responsible for…