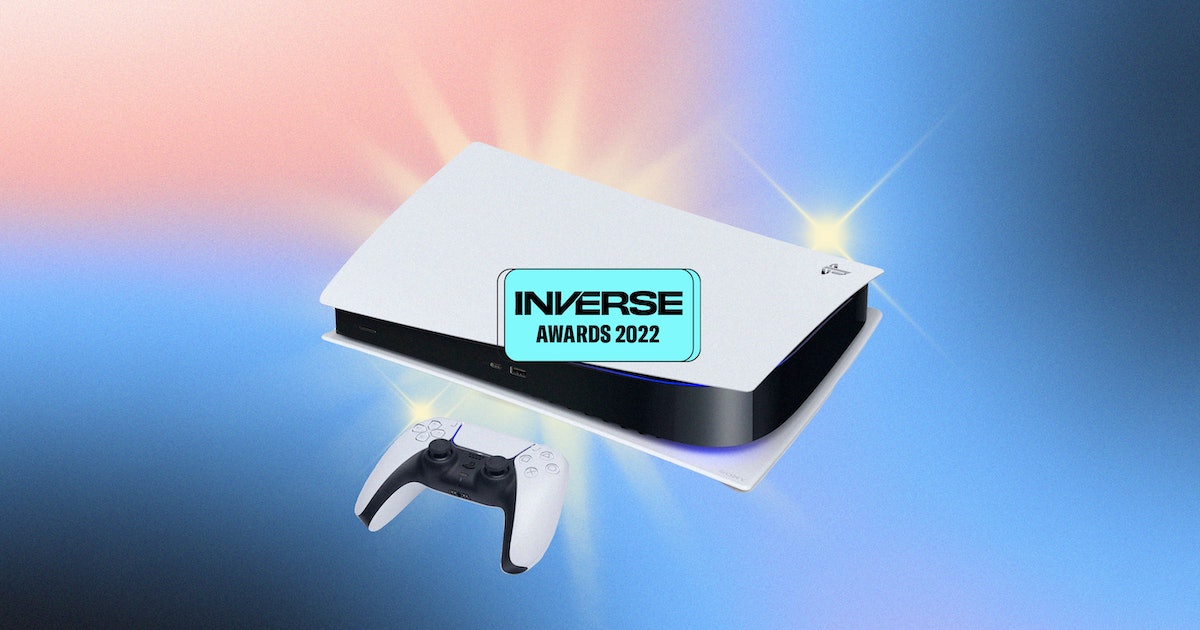 The latest console generation started off rough thanks to a deadly mix of hardware shortages, predatory resellers, and a lack of compelling launch titles. But two years later, the PlayStation 5 is finally hitting its stride with a year full of must-play games that finally show the console’s full potential. From long-awaited sequels to inventive new titles, this year’s best PlayStation games cater to a wide range of players — and most of them aren’t playable anywhere else.

Based on Japanese legends and set in an alternate Tokyo under assault by supernatural invaders from the spirit world, Ghostwire: Tokyo is a strange PlayStation gem that seems primed to become a cult classic. Unusually for a first-person game, it focuses not on gunplay but rather on magic abilities powered by expressive hand motions. The dual protagonists — a mystic adept and a spirit — have some great banter, but the real star of the show is Tokyo itself, teeming with secrets and gorgeous to behold.

Racing games are a bit of a niche genre, but Gran Turismo 7 is so good that even car-haters should consider getting on board. It’s impossible to ignore just how jaw-droppingly beautiful Gran Turismo 7 is, —and that’s before you even get behind the wheel. The handling of its massive number of cars is simply incredible, and there’s an almost overwhelming amount of content to burn through.

The Witch Queen sets a new standard for Destiny 2 expansions, providing one of the highest points in the series so far. Destiny 2’s lore-heavy story isn’t always easy to parse without an explainer article of video, but The Witch Queen delivers a great story that manages to pull the disparate threads of the Destiny universe into something cohesive and engaging. It’s filled with captivating locations and memorable fights, both throughout the main campaign and the new raid. All in all, it’s a treat for Destiny 2 diehards, and worth starting from square one just to reach it if you’re new to the game.

It’s hard to think of two things that mesh worse than roller skates and rocket launchers, but somehow, Rollerdrome makes it work. Part extreme sports and part gladiatorial combat, Rollerdrome is an absurdly fun, high-speed spectacle that tests your ability to think on your feet (or wheels) as much as it tests your reflexes. Add a phenomenal soundtrack, jaw-dropping art, and a surprisingly interesting story, and you’ve got one of the year’s biggest cult hits.

Whether or not a remake of 2013’s The Last of Us was warranted, it’s hard to argue with the results. The Last of Us Part I doesn’t alter the original’s already excellent story, but it updates everything with astonishing skill. From its sound design to its immaculate graphics, The Last of Us Part I is an engrossing technical showcase to match its captivating story.

Like other recent first-party releases, it’s full of new accessibility options, and its gameplay benefits from 10 years of innovation over the original. In short, it’s the best way to play one of the most acclaimed games of all time.

When Square Enix announced it was going back for a retelling of the original Final Fantasy, this probably isn’t what anyone had in mind. Stranger of Paradise had perhaps the best marketing campaign of all time, with every new trailer introducing elements more absurd than the last (Limp Bizkit? Frank Sinatra?!).

When Final Fantasy Origin and its growling meathead protagonist arrived, it was every bit as bizarre as it seemed it would be, but also had one of the year’s best combat systems, offering limitless potential to define your playstyle.

Horizon Forbidden West is one of the best-looking games ever, showing off just what the PlayStation 5 is capable of in the right hands. It fills out the strange, captivating world established in Horizon Zero Dawn while expanding the excellent combat that made the original a hit. Thanks to a sprawling suite of accessibility options, it’s also a game that’s welcoming to a much wider range of players than typical AAA fare.

Everybody wants to be a cat, as 2022’s Stray proves. This PS5 adventure was carried to success on its adorable protagonist’s paws, but that’s far from the only thing it has going for it. The game’s robot-filled world is gorgeously detailed and full of nooks to explore with your cat-like agility. A great soundtrack and audio design cement Stray as one of the most pleasant gaming experiences of the year.

God of War’s 2018 transformation from an aggro hack-and-slash franchise to a mythological family drama couldn’t have been more surprising. God of War Ragnarok shows the reboot’s success wasn’t a fluke, with even more thrilling combat and a grander story. This time around, there are more varied environments and enemies, with a bigger cast to liven up Kratos and Atreus’ quest.

FromSoftware has been putting out hit after hit for more than a decade, but it reached new levels of success with Elden Ring. A game of unimaginably large scope, it still manages to fill its beautiful, decaying world with surprises around every corner. Elden Ring is a masterclass in worldbuilding and free exploration, letting players define their own pace and playstyle — as long as they’re up for a major challenge.

The latest console generation started off rough thanks to a deadly mix of hardware shortages, predatory resellers, and a lack of compelling launch titles. But two years later, the PlayStation 5 is finally hitting its stride with a year full of must-play games that finally show the console’s full potential. From long-awaited sequels to inventive…

The latest console generation started off rough thanks to a deadly mix of hardware shortages, predatory resellers, and a lack of compelling launch titles. But two years later, the PlayStation 5 is finally hitting its stride with a year full of must-play games that finally show the console’s full potential. From long-awaited sequels to inventive…