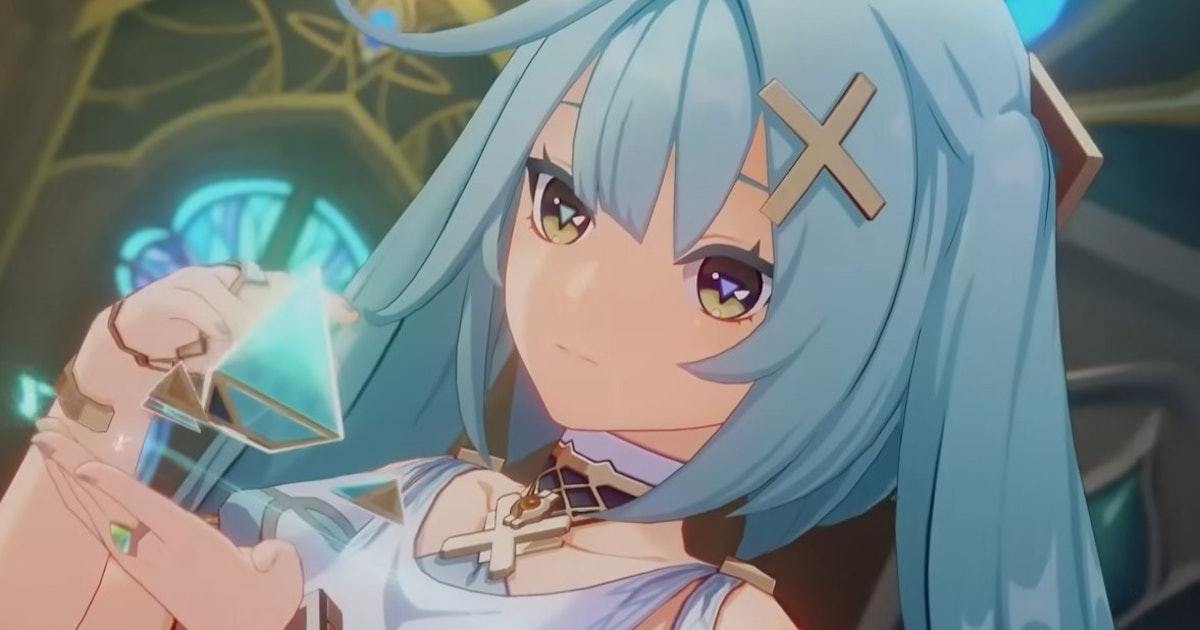 Faruzan is the game’s best Anemo support since Sucrose

Genshin Impact 3.3 arrived with some of the strongest Anemo characters of the year. Scaramouche, now known as the Wanderer, quickly attracted attention because of his history as one of the game’s antagonists and his profound change of heart. Plus, he’s an Anemo catalyst DPS that could fight in the air. Meanwhile, the new 4-star Faruzan was advertised as Genshin Impact’s latest Anemo support. It didn’t seem like she would make much of an impact compared to Scaramouche, but it turns out she’s a meta-shifting support for Anemo DPS characters.

Many players are already questioning whether they need her at C6, the highest “level” possible, to be of any use. If it’s so much work, is she even any better than the current favorite budget Anemo support, Sucrose? Here’s why Faruzan works so well with Anemo DPS characters and how she measures up to her fellow 4-star.

Faruzan’s sixth constellation stands out among the rest. It’s a daunting investment that requires you to pull at least 7 copies of her, but it’s undeniably her strongest. It buffs her teammates’ Crit DMG by 40 percent when they deal Anemo DMG. If you built your Xiao to have 160 percent Crit DMG, then that percentage would suddenly shoot up to 200.

Characters affected by The Wind’s Secret Ways’ Prayerful Wind’s Benefit have 40 percent increased CRIT DMG when they deal Anemo DMG. When the active character deals DMG while affected by Prayerful Wind’s Benefit, they will apply Pressurized Collapse to the opponent damaged. This effect can be triggered once every 3 seconds. This CD is shared between all party members.

It only applies to Anemo DMG, though. That’s why it’s only a game-changer for Anemo DPS characters like Xiao and Scaramouche. It also only activates when Faruzan uses her “The Wind’s Secret Ways” Elemental Burst, which applies a “Prayerful Wind’s Benefit” Anemo DMG bonus to nearby party members. It deploys a floating prism called the Dazzling Polyhedron that follows and applies these buffs to the active character when it’s working.

Do I really need Faruzan at C6?

No, she can be useful even at C0. Her C6 ability is just her most hyped one. Also, it’s not worth losing a guaranteed 5-star (if you have one lined up) just to get her. Some players aren’t willing to risk their chances of getting Raiden Shogun in next update for a new support character.

No matter how many constellations you have, Faruzan’s Elemental Burst lowers enemies’ Anemo RES by 30 percent and raises teammates’ Anemo DMG. Note that the Anemo RES debuff only applies to the enemies it hits and it won’t constantly apply during battle. The debuff percentage stays the same even when you level up her talents, but the Anemo DMG bonus raises with each level. Her Elemental Burst starts with an Anemo DMG bonus of 18 percent at Level 1.

Her fourth ascension passive ability also buffs teammates based on 32 percent of her attack. It’s a small bonus compared to the buffs from her Elemental Burst, though.

Is Faruzon better than Sucrose?

It depends on your DPS. Faruzan only works with characters that deal Anemo DMG. Meanwhile, Sucrose can work with any team that focuses on Elemental DMG and reactions.

Sucrose’s main utility comes from her Elemental Mastery and Swirl buffs, which also better benefit characters who are reaction-based rather than those that focus on pure attack power. Again, Xiao and Scaramouche are prime examples of Anemo DPS characters that focus on raw output rather than combining Anemo attacks with other elements.

Some players might have already invested in Sucrose as an Anemo support, considering the alchemist has been with the game since launch. If you already have a fully leveled C6 Sucrose with Thrilling Tales of Dragon Slayers, then you might not want to shell out for an entirely new Anemo support. However, Faruzan will outdo Sucrose when it comes to supporting Anemo DPS characters.

If you have dreams of a mono Anemo team or an Anemo DPS, choose Faruzan. She still has significant buffs at C0 and will be useful before even reaching higher talent levels and constellations. Those testing Faruzan versus Sucrose already see a difference, and if you make thei investment, you might too.

Genshin Impact 3.3 arrived with some of the strongest Anemo characters of the year. Scaramouche, now known as the Wanderer, quickly attracted attention because of his history as one of the game’s antagonists and his profound change of heart. Plus, he’s an Anemo catalyst DPS that could fight in the air. Meanwhile, the new 4-star…

Genshin Impact 3.3 arrived with some of the strongest Anemo characters of the year. Scaramouche, now known as the Wanderer, quickly attracted attention because of his history as one of the game’s antagonists and his profound change of heart. Plus, he’s an Anemo catalyst DPS that could fight in the air. Meanwhile, the new 4-star…

‘Crisis Core Reunion’ Buster Sword Proficiency and how to level up, explained