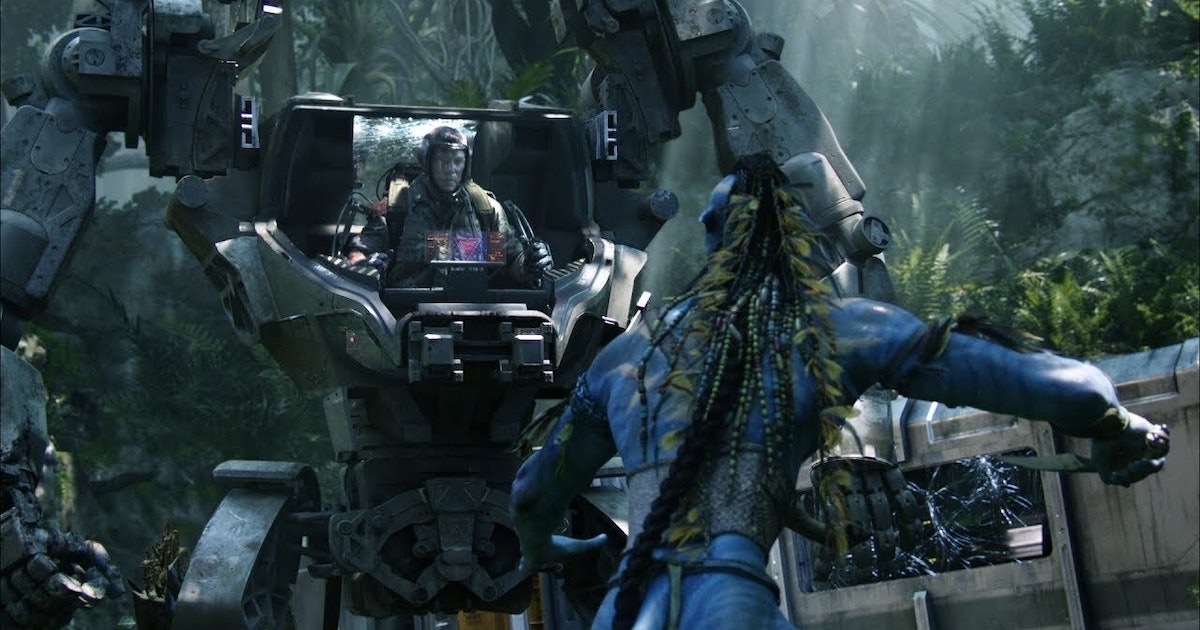 We’ve waited 13 years for this: James Cameron’s stereoscopic revolution, Avatar, is finally soaring back to theaters with a second splashy installment. In the sequel, which takes place more than a decade after the battle between Na’vi warriors and human soldiers that concluded the first film, Jake and his lifemate Neytiri (Zoe Saldaña) have formed a family with four children — and one adopted teen — on Pandora. They’re trying their hardest to stay together, but new and ancient threats against their civilization loom on the horizon, forcing their family to migrate from the forest to the reefs.

It’s understandable if some of that sounded like gibberish given how long ago the first movie came out. Here’s everything you need to know to get back up to speed just in time for The Way of Water.

Pandora is a fictional extrasolar moon in the very real Alpha Centauri star system, the closest one to our own Solar System. The fifth moon of a fictional Saturn-sized gas giant dubbed Polyphemus, Pandora is rich in wild scenery and bioluminescent beings (and unobtanium, a rare and valuable compound). Discovered by humans at some point between 2050 and 2077, the most curious element is that all its vivid and exotic species — the Na’vi included — are connected by an electrochemical flow, effectively acting as a neural network. Pandora’s gravity is 20% less than Earth’s, and its atmosphere is deadly to humans thanks to its high concentration of carbon dioxide.

When did Avatar 1 take place?

Avatar 1 takes place between 2148 to 2154. Humans only became advanced enough to start the avatar program and conduct interstellar travel by the 22nd century, a little less than a hundred years after Pandora was first spotted in telescopes. Avatar 2 takes place 14 years after the events of the franchise starter.

What is the Avatar Program?

The Avatar Program, steered by Dr. Grace Augustine (Sigourney Weaver), allowed humans to live and breathe as Na’vi on Pandora. It used artificially created human-Na’vi hybrid bodies called avatars, which could be linked to the minds of their designated hosts and operated remotely.

Jake Sully (Sam Worthington) was a rare exception— because his DNA was nearly identical to his twin brother’s, he could claim Tom’s avatar as his own. Like normal Na’vi bodies, avatars are tall, slim, and blue, and can form electrochemical bonds with the flora and fauna of Pandora. The Program was set up to enhance the flow of information between humans and Na’vi: Some Na’vi attended an English language school, while humans like Jake, while in their avatar forms, were able to study Na’vi customs up close.

Why is Jake Sully important?

Every fairytale — even science fiction ones with slinky, blue aliens — needs a Chosen One, and Jake is that messianic savior of Na’vi who peacefully bridges the divide between humans and Pandora’s indigenous people. Jake starts as an impetuous jock, a paraplegic renegade Marine veteran who winds up in the Avatar Program after his twin brother’s death. Jake takes advantage of his renewed ability to walk in his brother’s avatar body and gets to know the Omaticaya Na’vi clan because he’s been promised the restoration of his human legs in exchange for giving intel to the bloodthirsty Colonel Miles Quaritch (Stephen Lang).

But after spending time with the Na’vi, appreciating their way of life, and falling in love with Neytiri (Zoe Saldaña), Jake rebels. He turns against the Resources Development Administration (RDA) and leads the Na’vi into battle to drive the humans from Pandora. Jake is also the first known human to successfully transfer his consciousness into his avatar body permanently.

What happened to Sigourney Weaver’s character?

Dr. Augustine, a xenobotanist and linguist at the helm of the Avatar program, respects the Na’vi and is less consumed by greed than those who fund her research. Instead, she wants to learn about the Na’vi’s spiritual and scientific connection to their home, and earn their trust in the process.

Quaritch kills Grace’s physical body, but her consciousness was salvaged by the Omaticaya Na’vi clan, who transferred her spirit over to the Tree of Souls. The neural link between Grace and the divine tree allowed her memories to be uploaded to Pandora’s ecosystem. In a sense, Grace lives on after Avatar, although her human body is dead.

What happened to Stephen Lang’s character?

During the clash between the RDA and Na’vi, Quaritch and Jake fight an epic battle. Jake makes a final attempt at diplomacy, but Quaritch lunges at Jake’s avatar body with a knife. Just before he strikes, Neytiri comes to her soulmate’s aid and kills Quaritch with her bow.

However, Quaritch and his soldiers have their DNA embedded in their dog tags. Just a little piece of Avatar trivia to keep in mind.

Why and how were the humans defeated?

The Na’vi win the battle, albeit at a heavy cost, shortly after Quaritch’s demise. The RDA surrender and return to Earth, while xenoanthropologist Norm Spellman (Joel David Moore) and civilian scientist Max Patel (Dileep Rao) stay on Pandora with Jake and his new Na’vi family.

Of course, as we know from the Avatar 2 trailer, this wasn’t the end of the conflict. You can find out more about what happens to Jake and his impossibly tall, blue-hued pals in theaters soon.

Avatar 2: The Way of Water hits theaters on December 16.

We’ve waited 13 years for this: James Cameron’s stereoscopic revolution, Avatar, is finally soaring back to theaters with a second splashy installment. In the sequel, which takes place more than a decade after the battle between Na’vi warriors and human soldiers that concluded the first film, Jake and his lifemate Neytiri (Zoe Saldaña) have formed…

We’ve waited 13 years for this: James Cameron’s stereoscopic revolution, Avatar, is finally soaring back to theaters with a second splashy installment. In the sequel, which takes place more than a decade after the battle between Na’vi warriors and human soldiers that concluded the first film, Jake and his lifemate Neytiri (Zoe Saldaña) have formed…