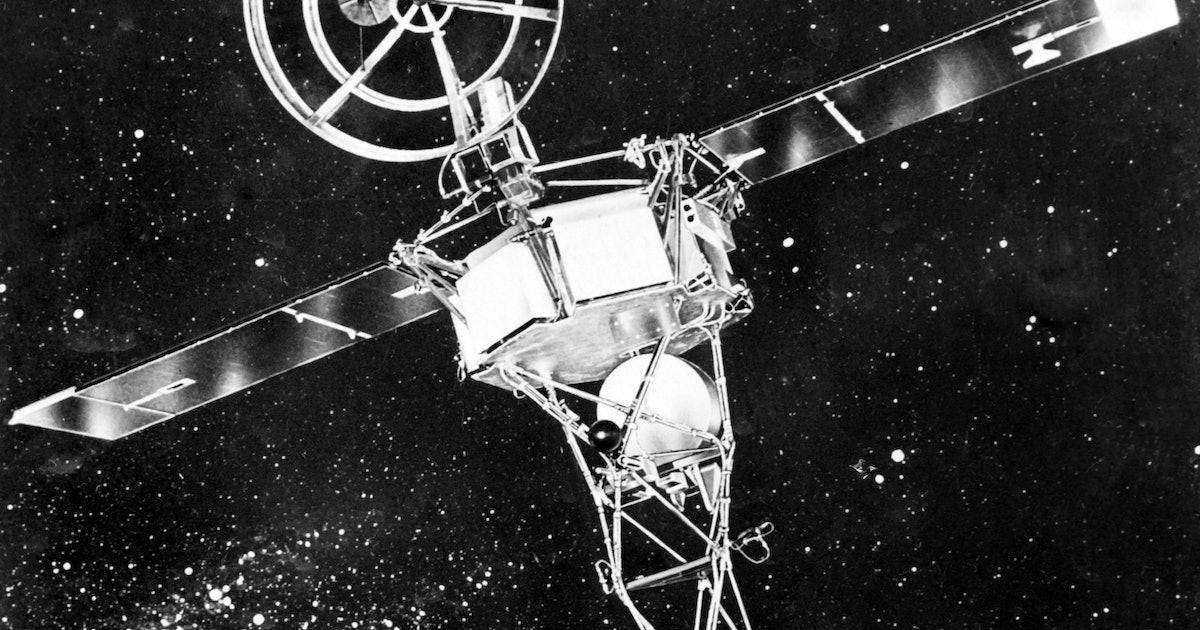 50 years ago, one space mission crushed hopes for life around Earth’s twin planet

Once imagined as humid and hot forested wetlands, shrouded in clouds, Venus was the setting for countless sci-fi pulp imaginings. Edgar Rice Burroughs, a prolific pulp sci-fi writer, wrote of a hot and wet Earth-like planet, with human-like inhabitants. Other writers and artists had similar notions of Venus. Stanislav Lem got a bit closer to reality when he described the surface of Venus as hellish in his 1951 novel The Astronauts, where it is revealed the former inhabitants committed nuclear suicide.

It was not until 60 years ago, on December 14, 1962, when Mariner 2 made its flyby of Venus that accurate details about the planet’s surface began to emerge. And it wasn’t such a pretty picture.

“We started transforming Venus as this jungle, swampy world that was featured in TV shows in the 60s because that’s kind of the perception,” James Garvin, Principal Investigator of the upcoming DAVINCI mission to Venus and Chief Scientist at Goddard Space Flight Center, tells Inverse.”There’s actually a newspaper article from 1919 in the New York Times on the cover that said, ‘Venus is the right place to go look for life.’ That’s what astronomers thought. And not Mars. Not Europa, not the exoplanets,”

Mariner 2 marked the first flyby of another planet with scientific instruments. It also gave hints to the hellish world beneath those clouds, one that ended the perception of Venus as a paradise.

Garvin explains, “we didn’t know what we were going to get. There were suspicions from people like Carl Sagan, a lot of other big movers and shakers about what to see. And we had radar detection of Venus from Earth-based facilities like Arecibo in Puerto Rico. And it showed a world that wasn’t like the people imagined it.”

Mariner 2 launched on August 27, 1962, from Cape Canaveral and was engineered at Jet Propulsion Laboratory (JPL). John Logsdon, who served on NASA’s Columbia Investigation Board and is founder and director of the Space Policy Institute at George Washington University where he is also professor emeritus, explains that this marked JPL’s first mission with NASA.

“JPL was an Army laboratory, from its origins in the 1940s through 1958. Then the White House decided to switch to NASA,” Logsdon tells Inverse. “JPL decided that if it was going to be part of space exploration, it would take on the hardest thing that could be done, which was sending spacecraft to planets. The management at NASA was more interested in going first to the Moon. So, there was basically a conflict in missions.”

NASA and JPL tried to do both. At the same time as Mariner 2, the Ranger missions were in development, which were uncrewed spacecraft sent towards the Moon to take photographs that were to be relayed back to Earth until crashing into the lunar surface. Ranger I and Ranger II launched first, but were never intended for the Moon — they were instead technological demonstrations; both failed upon launch. Nonetheless, the Ranger I and II designs were used for the failed Mariner 1 mission and the successful Mariner 2 flyby.

Whether or not Mariner 2 was the first planetary flyby is not entirely clear. It was the first mission that successfully sent information back to planet earth, flying within a distance of 34,773 km of Venus. But, in February 1961, the Soviet Union’s Venera 1 flew within 1,900,000 km of Venus, before losing contact with Earth.

What Mariner 2 told us about Venus

According to Michael Way, a research scientist at the NASA Goddard Institute for Space Studies who models habitable exoplanets, the data from Mariner 2 revealed two significant pieces of information about Venus that nudged scientists to reconsider what they thought about the planet.

“The first was that the magnetometer aboard Mariner 2 didn’t detect a magnetic field on Venus,” Way tells Inverse. “That was very surprising because we thought that Venus was very much like Earth — in the sense that it’s probably very similar chemically — because it formed very close to Earth in the very early disk of the formation of the planets. And it’s about the same size. They probably also had a similar what they call thermal history.”

In 1956, JPL scientists did radio telescope measurements of the temperature of the planet and detected high temperatures on the Venusian surface. But it would be data from Mariner 2’s microwave radiometer that would be the nail in the coffin that would confirm the surface temperature. That likely explains the disappearance of Venus in sci-fi pulp fiction.

“It showed it was hot as Hades, and that there was no chance for any kind of temperate conditions on the climate today. It’s 700-some odd degrees Kelvin on the surface. End of story,” says Way.

But this story is only the beginning of one of the most bizarre planetary stories in the Solar System.

“Mariner 2 also showed that the surface temperature was roughly the same on the day side on the night side, which tells you that also something about the atmosphere, and also detected carbon dioxide at large abundances,” says Way. “So we realized it had this very thick carbon dioxide atmosphere and that it was in a runaway greenhouse state with these extremely high surface temperatures.”

The surface isn’t just hot. “It’s got a 92 bar atmosphere that’s like being 1000 meters deep in the ocean of Earth in terms of pressure at the surface,” Way says.

Venus also has a backward rotation. The slow rotation and high pressure on the surface might also have consequences for the surface climate.

There are a range of hypotheses to explain these characteristics.

“We actually suspect on the DAVINCI+ team, it’s not that a billion years ago, Venus just could have been an ocean-baring world. But we can’t prove that. We need data,” James Garvin, Principal Investigator of NASA’s upcoming DAVINCI to Venus, tells Inverse.

The project, set to arrive on the surface of Venus in mid-2031, will determine the chemical and isotopic composition of the Venusian atmosphere from the top to the planet’s surface using technology similar to the Curiosity rover while also taking photographs. It will also have an orbiter to image the planet in multiple wavelengths. Along with VERITAS, another mission planned to Venus focused on mapping, the project will allow scientists to collect data that can be used by climate scientists to reconstruct Venus’ history.

“DAVINCI’s role is to measure the chemical context of the Venus atmosphere and its history including that of water,” Garvin told Inverse. “This is the ‘framework’ for them building the climate/atmosphere models to investigate what happened and at what time scale and for how long.”

Ultimately, this can be useful in determining information about planetary evolution, which becomes important in the search for exoplanets.

Way explained that with the current data — researchers can’t actually put constraints on how water might have been distributed throughout Venus’ planetary evolution. Scientists hope that additional data, which can come from missions like DAVINCI, can be used in models to reveal information about what is possible in other solar systems where Venus-like planets might exist, ultimately revealing information about the habitable zone around other stars.

The Mariner 2 flyby opened a can of worms that is still being dismantled; and with each answer more questions.

Like Mariner 2, Garvin notes that DAVINCI+ will offer even more data for the next generation of knowledge hungry scientists. “Future explorers will have a foundation to build upon as they ask tougher and more ennobling questions about Venus’ role, including whether as a planet she is part of the quest for signs of life…”

Once imagined as humid and hot forested wetlands, shrouded in clouds, Venus was the setting for countless sci-fi pulp imaginings. Edgar Rice Burroughs, a prolific pulp sci-fi writer, wrote of a hot and wet Earth-like planet, with human-like inhabitants. Other writers and artists had similar notions of Venus. Stanislav Lem got a bit closer to…

Once imagined as humid and hot forested wetlands, shrouded in clouds, Venus was the setting for countless sci-fi pulp imaginings. Edgar Rice Burroughs, a prolific pulp sci-fi writer, wrote of a hot and wet Earth-like planet, with human-like inhabitants. Other writers and artists had similar notions of Venus. Stanislav Lem got a bit closer to…

Justin Benson and Aaron Moorhead might just break your brain