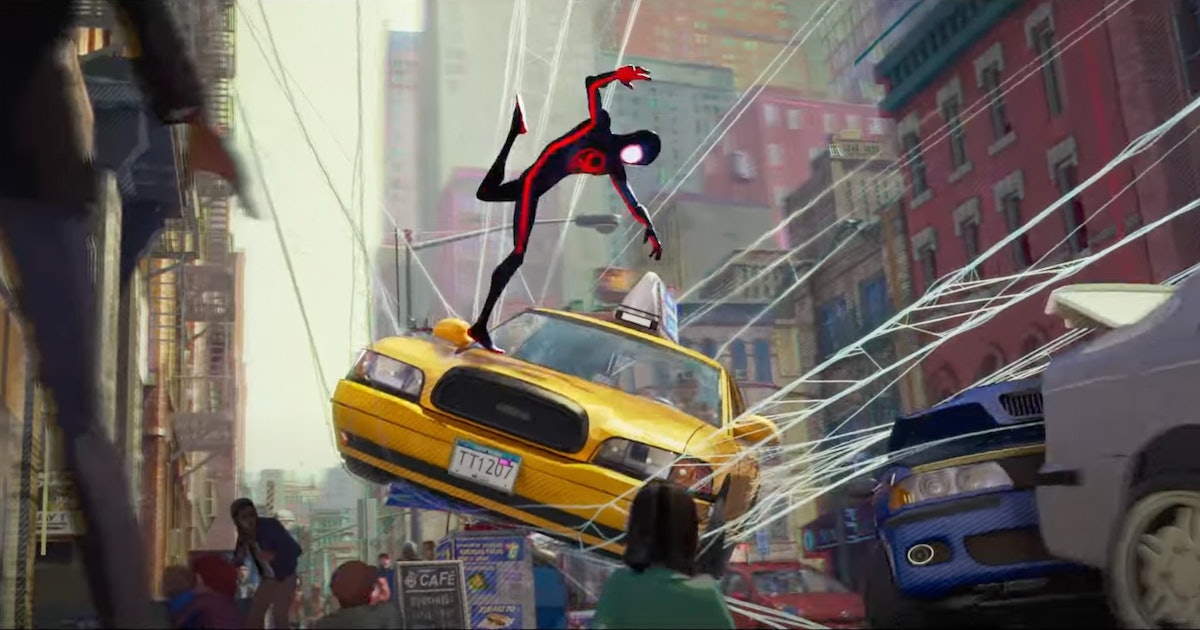 Spider-Man: Into the Spider-Verse is a one in a million feat. Not only is it an example of breathtaking animation, but it was one of the most successful films to unpack the multiverse. Even now, with so many stories following suit, it’s difficult not to compare them to the 2018 masterpiece. How could anyone surpass the wonder and the fun that Sony Animation managed to deliver?

Ironically, Sony Pictures will have to answer this question with Spider-Man: Across the Spider-Verse, the first of a few planned sequels. Miles Morales (voiced by Shameik Moore) is, of course, set to return in the new film, as well as a slew of other Spider-People — new and old.

The newly-released (and highly-anticipated) trailer has opened the floodgates in a major way, and teased an even deeper dive into the multiverse than its predecessor could even imagine. There’s a lot to glean from the new footage, but let’s take a look at a few of the most important developments coming up in Across the Spider-Verse.

While Into the Spider-Verse leaned heavily on Miles’ relationship with his father figures, Across the Spider-Verse is shedding new light on his dynamic with his mother Rio (Luna Lauren Vélez). What’s more, the conflict between Miles and his double life as Spider-Man might be manifesting anew in the Spider-Verse sequel. As Rio explains, she and Miles’ dad worked hard to ensure that Miles always felt a sense of love and acceptance — all as the trailer flashes back to Miles and the quasi-family he found in Into the Spider-Verse: Gwen Stacy, aka Ghost-Spider, and Peter B. Parker, a Spider-Man in another universe.

Rio acknowledges that Miles has grown up. Though she doesn’t know the extent of it, she knows it’s now up to him to protect himself, and to make sure he holds onto that sense of belonging no matter what. It reinforces the idea of the first Spider-Verse film, which followed Miles on his path to establish himself as one of many Spider-People. But with a new crop of heroes set to appear in the sequel, it might be a hard lesson to remember.

Into the Spider-Verse inarguably set a new precedent for ensemble casts, considering that the major players in the film are all variants of one familiar hero. Across the Spider-Verse is doubling — maybe even tripling — down on the feats of its predecessor. The trailer alone boasts Spidey variants from every corner of the comics, and even a few from the celebrated game by Insomniac, Marvel’s Spider-Man.

Apart from the many, many variants featured in the trailer, an all-new Spider-Woman variant, voiced by Issa Rae, makes a major splash. Her sleek design (and natural hair!) offer a fresh take on the Jessica Drew so many Spidey fans know and love. She’s also seen dueling with a Vulture variant in the trailer, likely the version voiced by Jorma Taccone.

For those who may still be holding out for Hobie Brown, aka Spider-Punk (voiced by Daniel Kaluuya), Sony unveiled a few concept images alongside the trailer. Sony also revealed the fresh design for Spider-Man India, aka Pavitr Prabhakar. A version of Pavitr’s own universe, Mumbhattan, was teased in the very first trailer for the Spider-sequel, so to see that Pavitr himself really will be joining the fray — and with such an amazing new design — is music to our ears.

3. Putting the dad bod to good use

It’s probably impossible to imagine a Spider-Verse sequel without Peter B. Parker, the unlikely fan-favorite voiced by Jake Johnson. Peter had a lot of personal stuff to contend with in Into the Spider-Verse: his tenure as Spider-Man seemed all but over, and his marriage with Mary Jane Watson (Zoë Kravitz) was majorly on the rocks. “She wanted kids,” Peter told Miles in Into the Spider-Verse, “and it scared me.”

Fortunately, Peter seemed to take his own advice about making a leap of faith. Not only have he and Mary Jane reconciled, but they’ve started their family since we saw them last. In Across the Spider-Verse, Peter is — once again — hilariously underdressed, but this time around, he’s sporting a baby carrier over his Spidey suit. His daughter, May Day Parker, may not be joining the adventure this time around, but she does notably become a webslinger in the comics. May enjoyed a brief stint as Spider-Girl in an alternate universe — and she amassed quite the following in the late ‘90s. We already know that there are more Spider-Verse films coming down the pipeline. We already know that there’s at least one more Spider-Verse film coming down the pipeline, so it’s possible that we may see an older May taking the torch from her dad when he (eventually) retires.

2. The center of the Spider-Verse

It’s often been speculated that Spider-Man is one of the most important heroes in the Marvel universe. It’s something that the new Spider-Verse trailer alludes to, and the synopsis that accompanies it also corroborates. In Across the Spider-Verse, Miles and Gwen discover a sort of pocket realm where hundreds of Spider-People have gathered. It’s a bit wild to see so many Spidey variants in one place, especially after the events of Into the Spider-Verse, which proved that no Spider-Person can survive in a universe that isn’t their own.

More importantly, this sprawling team of Spider-People have been tasked with preserving the multiverse itself. From what exactly? Well…

The official villain of Across the Spider-Verse is The Spot, voiced by Jason Schwartzman. Surprisingly though, the new baddie has yet to appear in any trailers. Instead, Miguel O’Hara, aka Spider-Man 2099 (voiced by Oscar Isaac) has been featured heavily as an antagonist to Miles — and no more so than in the latest Spider-Verse trailer. The film’s synopsis confirms that the Spider-Army will have to contend with “a new threat,” which has to be The Spot — but it seems like some Spideys are going to disagree about how best to handle the villain.

Miles looks dismally outnumbered in the trailer, as he’s chased by countless Spider-People before eventually facing off with Spider-Man 2099. “We’re supposed to be the good guys,” Gwen says in the trailer’s final moments, to which Miguel responds: “We are.” A clash of ideals has always been a favored conflict for Spider-Man films, and it’s clear that Across the Spider-Verse will be following that well-trodden path. It’s possible that The Spot is responsible for a tragedy in Miguel’s past, which will set him on a warpath when they meet again. Of course, Sony’s still keeping most plot details under wraps for now, but it’s not too hard to guess where this is going.

Spider-Man: Across the Spider-Verse hits theaters on June 2, 2023.

Spider-Man: Into the Spider-Verse is a one in a million feat. Not only is it an example of breathtaking animation, but it was one of the most successful films to unpack the multiverse. Even now, with so many stories following suit, it’s difficult not to compare them to the 2018 masterpiece. How could anyone surpass…

Spider-Man: Into the Spider-Verse is a one in a million feat. Not only is it an example of breathtaking animation, but it was one of the most successful films to unpack the multiverse. Even now, with so many stories following suit, it’s difficult not to compare them to the 2018 masterpiece. How could anyone surpass…

33 years ago, James Cameron made an underrated sci-fi masterpiece — and his best movie ever