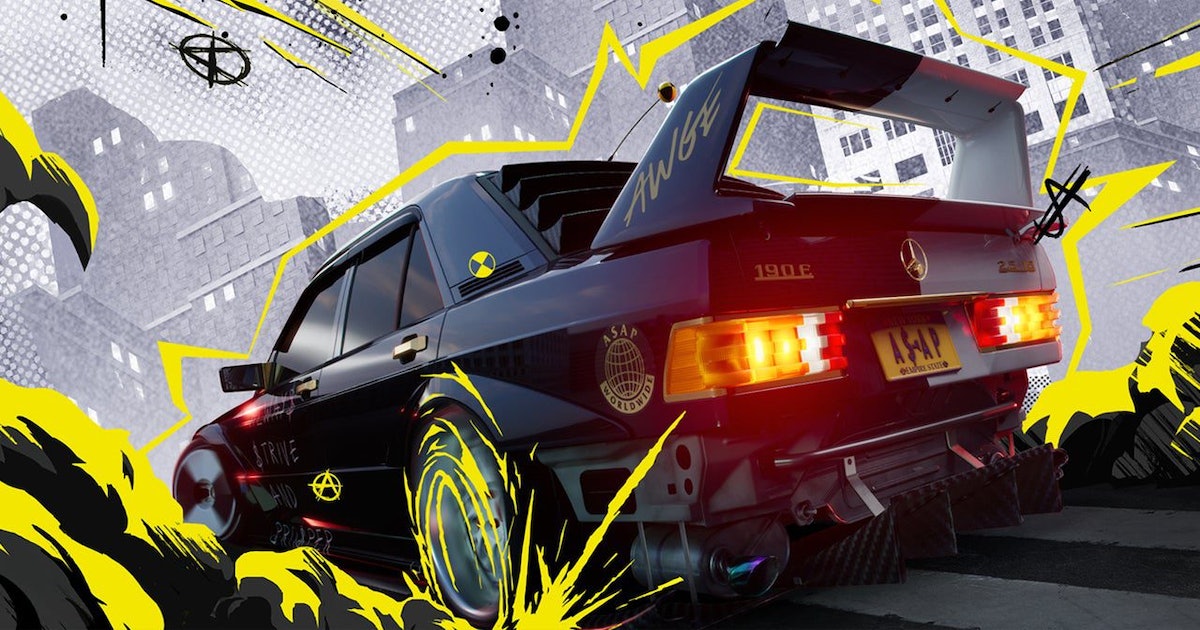 You need to play 2022’s most stylish racing game ASAP

As I speed through the streets in hopes of avoiding police, the man in my passenger seat is talking my ear off about anime.

He tells me about a racing anime he likes, and how the medium makes the racing feel so stylish and visceral. “You should give it a try,” he suggests.

After spending hours careening through the impossibly cool streets of Need for Speed Unbound, I think I know what he means.

The latest entry in Electronic Arts street-racing franchise, Need for Speed Unbound seeks to breathe new life into a struggling franchise with a bold aesthetic that pulls from anime as well as graffiti artists. While Unbound can’t quite measure up to the very best games in the racing genre, it’s the best Need for Speed game in years — and a promising sign for the franchise’s future.

The Fashionable and the Furious

Who would you rather date: Cloud or Zack from Final Fantasy VII? Let us know!

But what really stands out are the characters. The player character and all other inhabitants of the fictional Lakeshore City are rendered in a cel-shaded style that leans into anime vibes. While the juxtaposition between the realism of the world and the cartoonish characters might sound jarring on paper, it isn’t in practice.

Customizing my character in the opening moments of Unbound felt akin to RPGs. I spent more minutes than I care to admit tweaking and changing aspects of her model to get the perfect combination of Fast and Furious and Speed Racer vibes I was going for.

Unbound also gives your protagonist plenty of screen time in the game’s story campaign. While not original in its “revenge via street-racing” plot, it is serviceable enough to let me have fun working through the world.

The game’s style doesn’t stop at the characters, either. Driving has a flair to it that no other racing game has. Cel-shaded graffiti effects shoot out from exhaust pipes and tires when drifting or boosting. Cars can look as crazy as your character with the right adjustments, too. My ride of choice sported a purple-to-green chrome color-shift body that complimented my protagonist’s neon green hair.

I found myself craving the game to push it one step further and just make the whole experience a cel-shaded arcade racer. Maybe next time?

Need for Speed Unbound marks the first game in the franchise developed by Criterion Games since 2012’s Most Wanted. Criterion is known for developing high-quality open-world racers, most notably Burnout Paradise and Need for Speed: Hot Pursuit.

Criterion is inheriting much of what developer Ghost Games created with Need for Speed Heat in 2019. The heat system, in which players gain more and more attention from cops at the risk of being “busted” (similar to GTA stars), returns in Unbound. So does the day-to-night system, which splits gameplay into two phases. During the day, you can participate in lower-stakes races and gain heat which will carry over into the evening. The nights are where the money-making happens, with bigger races that have more risk depending on how reckless you were during the day.

Unlike in Heat, which featured day races with no risk of police activity, Unbound is all illegal, all the time. Instead of an illicit rep status that you gain by racing at night, the biggest obstacle in Unbound is escaping the cops with your prize money. This is not always an easy task.

These cops have a grudge. The enemy A.I. can be incredibly aggressive at times and difficult to shake at all at higher levels. There should be a challenge in escaping, but the “don’t quit” attitude of the Lakeshore police can detract from the fun later in the game.

Racing day and night moves time forward. The campaign takes place over four weeks with each week culminating in a show-stopper race that comes with a high buy-in. Leading up to these events requires you to accumulate funds for the entry fee and for upgrading your car.

Unbound does not begin as a street-racing power fantasy — you have to earn it. You start with a car that is frankly a piece of crap, and it will not be feasible to get something better for a very long time. Unbound makes you work for upgrades, but there is a satisfaction to this in how these upgrades feel meaningful. I stuck with my first car for the majority of the campaign, but what started as junk with bad handling and acceleration soon became a drifting machine. More than any other arcade racer, customization has an impact on your performance, which gives racing a newfound satisfaction when you finally get your car to the point you can show other racers what you are made of.

The Long and Winding Road

Unbound’s street-racing aesthetic and feel leave it sitting in the middle of the two poles of modern racing games. On one side sits deep simulations like Gran Turismo 7 and on the other side sits massive open-world arcade racers like Forza Horizon 5. Yet one of Unbound’s biggest flaws is that it just can’t equal the quality of either of these franchises in how responsive and good driving feels.

Much of this comes from Unbound’s place in a franchise that has often had to reinvent and rethink itself. But more than just the latest reinvention, this feels like a course correction for the franchise, thanks to the thoughtful refinements made by Criterion Games. What makes Unbound stand out is its style, something it has in spades and feels unique in the racing game crowd.

Despite its flaws, I found myself always craving one more race; I could drive faster, customize my car better, and drift in even cooler ways than before. While not perfect, Need for Speed Unbound is the best the franchise has been and years — and hopefully a sign of even better things to come.

Need for Speed Unbound is available now for Xbox Series consoles, PlayStation 5, and PC. Inverse reviewed the game on PC.

As I speed through the streets in hopes of avoiding police, the man in my passenger seat is talking my ear off about anime. He tells me about a racing anime he likes, and how the medium makes the racing feel so stylish and visceral. “You should give it a try,” he suggests. After spending…

As I speed through the streets in hopes of avoiding police, the man in my passenger seat is talking my ear off about anime. He tells me about a racing anime he likes, and how the medium makes the racing feel so stylish and visceral. “You should give it a try,” he suggests. After spending…

How long is ‘Crisis Core Final Fantasy 7 Reunion’? How many chapters, missions, hours, and playtime