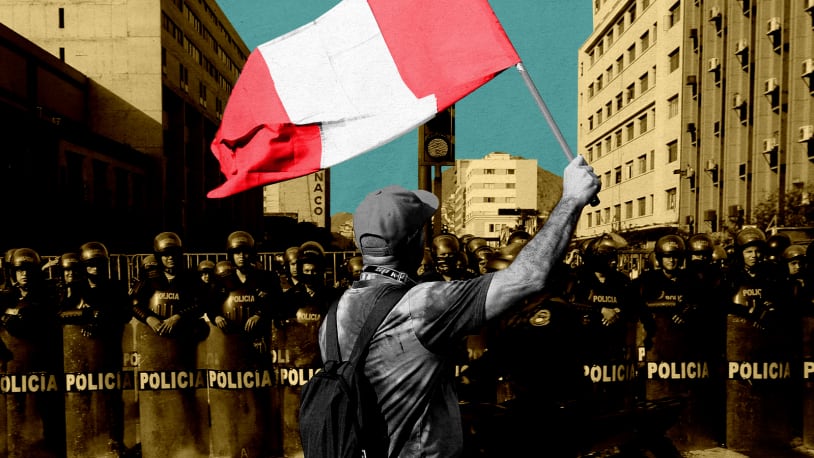 The political situation in Peru is becoming increasingly volatile after the nation’s president, Pedro Castillo, was ousted amidst a constitutional crisis, and Castillo’s replacement has already given in to some demands as a result of ongoing protests. Here’s everything you need to know:

What triggered the political turmoil?

It all happened in record time — Peruvian President Pedro Castillo went from being his country’s commander-in-chief to a disgraced prisoner over the course of a day.

The turmoil stems from a number of impeachment inquiries against Castillo, which began gaining traction at the end of 2021. Opponents of Castillo, who had been in office since July of that year, argued that he was corrupt and unfit for office following a number of federal investigations. While there was significant backing in the Peruvian legislature to impeach Castillo, the inquiry ultimately fizzled out. Another impeachment inquiry was opened in March 2022, and while this inquiry actually made it to official proceedings, there were once again not enough votes to impeach Castillo.

It appeared for a while that Castillo may have escaped punishment. That began to change, though, when Congress attempted to impeach him for corruption-related charges a third time in early December. On the day when Congress was scheduled to vote on the charges, Castillo shocked Peru by announcing he would move to completely dissolve the legislature and rule the country “by decree.”

However, as NPR noted, Castillo “had no constitutional authority to do so and, as swiftly became clear, zero support from the armed forces.” This likely became obvious to him when numerous government officials began resigning and the nation’s high court declared his intentions illegal. By the end of the day, Castillo had been arrested and removed from office. Vice President Dina Boluarte was sworn in as his successor on Dec. 7, becoming the first female president of Peru.

Why are people taking to the streets?

Following Castillo’s ousting, protests began to swell across the country, including the Peruvian capital of Lima. The Associated Press reported that hundreds of angry citizens clashed with law enforcement in the days after Boluarte became president. The protests quickly turned violent, and at least two people are confirmed to have died with at least another 20 injured.

A number of protesters also set up blockades along major thoroughfares in Lima and other large cities such as Arequipa and Cusco, which could have devastating effects on the country’s supply chain. Some dissenters were also been seen blocking airport runways and copper mine highways, the latter serving to cut off one of Peru’s most abundant natural resources.

But what are they protesting for? The majority of those taking to the streets are demanding the resignation of Boluarte and the release of Castillo from jail. Axios noted that many protesters were seen in rural areas, where Castillo — who grew up impoverished in one of the country’s poorest regions — maintains a significant base of support.

In addition to demanding Castillo’s release, the protesters have also called for a wave of new elections to be held as soon as possible, arguing that Boluarte’s advancement to the presidency did not represent the will of the people. Many of the calls for new elections were levied with the goal of trying to fix Peru’s ongoing political turmoil — Boluarte is now the country’s seventh president in as many years.

What are the new president’s plans for Peru?

A change of plans, to start with. Following her swearing-in, Boluarte initially said she had no intention of moving up any elections, telling journalists, “I know that there are some voices that indicate early elections and that is democratically respectable. I believe that the assumption of the Presidency on this occasion is a bit of a reorientation of what must be done with the country.”

However, her tune changed as the protests continued to get decisively bigger and more violent. Boluarte has now pledged to move the country’s national elections up from 2026, when Castillo’s term would have ended. “I have decided to present a bill to reach an agreement with Congress to bring forward the general elections to April 2024,” she said in a nationally televised speech.

Prime Minister Pedro Angulo said Boluarte’s newly appointed Cabinet was also meeting to try and devise a plan of action. She has already declared a state of emergency, Al Jazeera reported, which would potentially allow the military to take over in areas where the protests are the heaviest.

“I have given the instructions so that control of internal order can be recovered peacefully, without affecting the people’s fundamental rights,” Bolurate said.

The political powder kegs come as Peru continues to face a number of societal problems. As Al Jazeera noted, recent polls show that nine out of 10 people disapprove of the country’s legislature. The country is also facing a massive uptick in COVID-19 cases, and subsistence farmers across Peru are continuing to battle one of the worst droughts in years.

So the timing of this political scandal was, to say the least, not the greatest. Beyond this, simply removing Castillo will not eliminate the corruption that has plagued Peru. “It was like a season finale,” political scientist Gabriela Vega Franco told The New Yorker. “One actor didn’t have his contract renewed, and it will be a while until we figure out who the new protagonists are.”

It also seems that Castillo doesn’t plan on going away so quietly, either. Following his ousting, the ex-president wrote in a handwritten letter posted on Twitter that he had been “humiliated, [kept] incommunicado, mistreated and kidnapped, but still clothed with your trust and struggle.”

“I speak to you to reiterate that I am unconditionally faithful to the popular and constitutional mandate I ostentatiously hold as President, and I WILL NOT RESIGN OR ABANDON MY HIGH AND SACRED FUNCTIONS,” Castillo added. “What was said recently by A USURPER is nothing more than the same snot and drool of the coup-mongering right. Therefore, the people should not fall for their dirty game of new elections.”

The political situation in Peru is becoming increasingly volatile after the nation’s president, Pedro Castillo, was ousted amidst a constitutional crisis, and Castillo’s replacement has already given in to some demands as a result of ongoing protests. Here’s everything you need to know:  What triggered the political turmoil?  It all happened in record time —…

The political situation in Peru is becoming increasingly volatile after the nation’s president, Pedro Castillo, was ousted amidst a constitutional crisis, and Castillo’s replacement has already given in to some demands as a result of ongoing protests. Here’s everything you need to know:  What triggered the political turmoil?  It all happened in record time —…

What are the ‘Twitter files’ and what do they reveal?