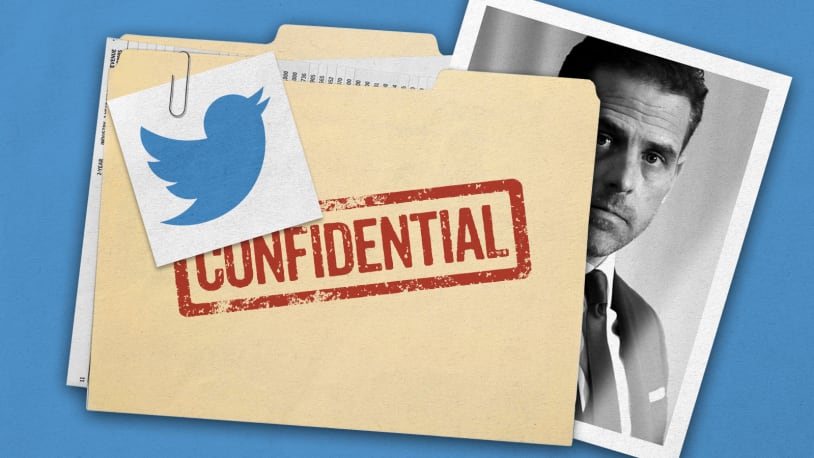 What are the ‘Twitter files’ and what do they reveal?

But the documents are a “Rorschach test,” Axios reports. For folks on the right, the revelations are evidence Twitter “took deliberate actions to limit access to information and voices that could damage Democrats,” while people on the left see the reports “as much ado about nothing.” Why did Twitter throttle the laptop story? Was the company indeed biased? Here’s everything you need to know:

Bias against conservatives — if you believe the framing presented by Musk’s hand-picked reporters. The overall thrust of their project suggests that Twitter (under pre-Musk management) unfairly silenced conservatives, and eventually even then-President Donald Trump. Both parties had contacts with Twitter management, but “this system wasn’t balanced,” Taibbi writes. “It was based on contacts. Because Twitter was and is overwhelmingly staffed by people of one political orientation, there were more channels, more ways to complain, open to the left (well, Democrats) than the right.”

What’s the evidence for that?

The first round of documents, published by independent journalist Matt Taibbi, offered the backstory of Twitter’s decision in October 2020 to restrict links to a controversial New York Post story that revealed the purported contents of a laptop belonging to Hunter Biden, Joe Biden’s son. (At the time, Twitter flagged the link as being “potentially harmful” — and Facebook took similar action — but soon reversed course in the face of controversy.) “The episode was widely seen by conservative and libertarian critics as a Biden-friendly move by a social media platform whose leaders increasingly leaned progressive,” Politico reports.

The Hill reports that other documents released by Musk and his allies indicated prominent right-wingers were quietly marked as “being under various kinds of ‘blacklists'” to keep their posts from reaching wider audiences — despite Twitter’s denials that it engaged in “shadowbanning.” Jay Bhattacharya, who opposed COVID-19 lockdowns, was kept from appearing on Twitter’s trending topics list, while conservative celebrities Dan Bongino and Charlie Kirk also apparently faced obstacles to having their posts amplified.

Taibbi also offered a look into Twitter’s decision — recently reversed by Musk — to suspend Trump after the Jan. 6 insurrection. Twitter execs were moving in the direction of silencing Trump even before the violence at the Capitol, Taibbi writes: “The bulk of the internal debate leading to Trump’s ban took place in those three January days” surrounding the insurrection. “However, the intellectual framework was laid in the months preceding the Capitol riots.”

Is any of this a First Amendment violation?

Musk seems to think so:

If this isn’t a violation of the Constitution’s First Amendment, what is?

However: The First Amendment keeps the government from interfering with the private right to speech — it doesn’t keep tech platforms from making their own moderation decisions. The FBI apparently gave a general warning to social media companies about the possibility of election disinformation, and both the Trump and Biden campaigns had backdoor channels to Twitter to challenge some posts. But “there’s no evidence — that I’ve seen — of any government involvement in the laptop story,” Taibbi wrote.

Did it alter the election outcome?

Musk, at least, doesn’t think so:

Do I think Trump would have lost anyway? Yes. And, as a reminder, I supported Biden, Hilary and Obama.Nonetheless, election interference by social media companies obviously undermines the public’s faith in democracy and is wrong.

Mainly that the releases don’t prove much that isn’t already known, or sometimes even justifiable, despite the big headlines and allegations that have accompanied them. “The ‘Twitter Files’ entries are sloppy, anecdotal, devoid of context, and, well, old news,” writes The Atlantic’s Charlie Warzel.

Other critics have pointed out that Twitter’s decisions blocked users from posting revealing pictures of Hunter Biden — and that caution was warranted given the weird circumstances surrounding the laptop’s emergence. After Russia interfered in the 2016 election, social media companies were cautious about the “release of hacked or faked materials,” Above the Law notes. When the Post reported on the laptop, “other news organizations, including Fox News, had refused to touch it. NY Post reporters refused to put their name on it. There were other oddities, including the provenance of the hard drive data, which apparently had been in Rudy Giuliani’s hands for months.” It now appears that the laptop was authentic, or at least not tampered with, but at the time Twitter execs were making difficult decisions with limited information. “Musk’s ‘Twitter Files’ offer a glimpse of the raw, complicated, and thankless task of moderation,” TechCrunch‘s Devin Coldeway opines.

But Musk will be different, right?

It’s actually not clear that Musk is much different than his predecessors. He has kept the site’s “hateful conduct” policy. Twitter’s efforts to “throttle reach and reduce visibility for certain users and topics to safeguard the platform from bad actors and abuse,” were already well-known, Robert Hart adds at Forbes. Those actions are “similar to Musk’s own moderation policies for Twitter, which he described as “freedom of speech, but not freedom of reach.” That sounds like shadowbanning, though Musk promises to be transparent about it.

Elon Musk is stirring up trouble again. The new owner of Twitter has picked a pair of independent journalists — Matt Taibbi and Bari Weiss — to publish the “Twitter Files”: documents that reveal internal company deliberations about controversial decisions to throttle news about Hunter Biden’s laptop and suspend then-President Trump’s account. The old Twitter…

Elon Musk is stirring up trouble again. The new owner of Twitter has picked a pair of independent journalists — Matt Taibbi and Bari Weiss — to publish the “Twitter Files”: documents that reveal internal company deliberations about controversial decisions to throttle news about Hunter Biden’s laptop and suspend then-President Trump’s account. The old Twitter…

Could the U.S. soon allow cell phone calls on flights?