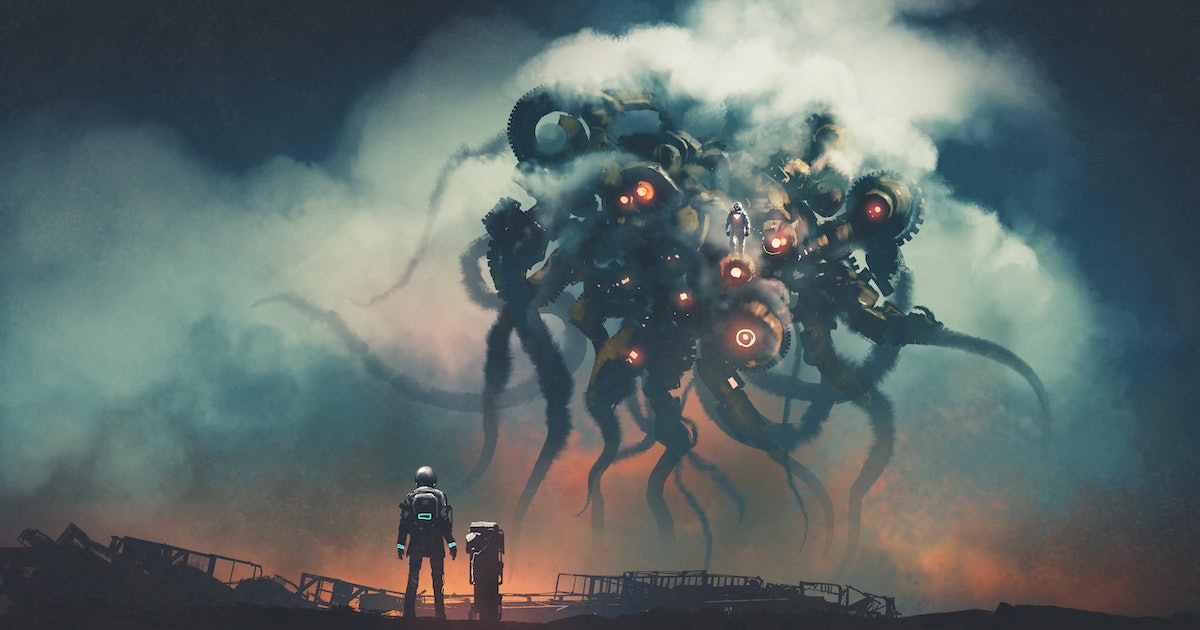 38 years ago, James Cameron made the best sci-fi thriller ever — and launched a troubled franchise

Like so much great art, the T-800 came to James Cameron in a dream. In 1981 (the same year the legendary director broke into the industry with his worst movie ever), Cameron found himself unwell in a cheap hotel Roman hotel room. The world would never be the same.

“The Terminator came from a dream that I had while I was sick with a fever in a cheap pension in Rome in 1981,” Cameron told the British Film Institute in a 2021 interview. “ It was the image of a chrome skeleton emerging from a fire. When I woke up, I began sketching on the hotel stationery.”

Hearing Cameron recount his first visions of the 1984 science-fiction thriller, one thing stands out: Terminator’s ending came before the rest of the story.

“The first sketch I did showed a metal skeleton cut in half at the waist, crawling over a tile floor, using a large kitchen knife to pull itself forward while reaching out with the other hand,” he recalled. “In a second drawing, the character is threatening a crawling woman. Minus the kitchen knife, these images became the finale of The Terminator almost exactly.”

Released on October 26, 1984, Terminator blended science fiction and horror to launch an unkillable franchise helmed by an almost-unstoppable robot. While the Terminator brand has struggled in recent years due to a series of failed reboots, its influence on modern culture is undeniable, not just because it redefined the genre but because it launched James Cameron into the stratosphere and paved the way for some of the biggest success stories in Hollywood history.

The Terminator stars Arnold Schwarzenegger as a murderous robot sent back in time from a dystopian future where machines rule the Earth to snuff out a human rebellion before it can even begin. His target is Sarah Conner (Linda Hamilton), the future mother of rebel leader John Connor. Sarah is no match for the Terminator — at least not in this movie — but she’s protected by a human time traveler named Kyle (Michael Biehn) sent by her son John to counteract the machines. (If this all sounds confusing, it’s actually not, which is a testament to Cameron’s skill in weaving complex sci-fi narratives.)

But the plot of Terminator is far less important than the movie’s consummate vibes. While Terminator 2 does the heavy lifting of creating lore and canon (including an opening CGI-heavy scene set in the future that cost more than the entire first movie), the original movie does much to establish a unique tone that would continue to fuel the franchise long after interest had waned.

For Cameron, the clearest inspiration came not from earlier sci-fi like Star Wars or Logan’s Run, but from the slasher genre, which was just gaining steam after the release of Halloween in 1978. Once the director picked Schwarzenegger as his unfeeling villain, the entire story clicked into place.

“When I cast Arnold, the focus shifted away from the Sarah and Reese story to the Terminator, because he made such a powerful impression,” Cameron told BFI 40 years after he first dreamt up the murderous robot. “His character owes as much to the relentless killers of the slasher horror genre of the late ‘70s as to science fiction. There is as much Michael Myers in the character of the T-800 as there is Roy Batty from Blade Runner (1982) or Yul Brynner’s killer robot from Westworld (1973).”

But while the slasher genre may not feel as fresh as it once did, it’s The Terminator’s pervading sense of dread that makes the movie as relevant today as it did in 1984. At the time, Cameron believed the apocalypse his movie predicts was extremely possible. “I felt that the world went about its business under this Damoclean threat as if it didn’t exist,” he said, “and that everyone walking the streets around me was delusional.”

Perhaps that’s why all these decades later, we’re still entranced by the T-800 and all the Terminator robots that followed. We’re practically already living in a dystopia ruled by machines — even if those machines are more interested in tracking our spending habits than snuffing out our existence. But hey, at least in The Terminator, the humans put up a bit more resistance.

Like so much great art, the T-800 came to James Cameron in a dream. In 1981 (the same year the legendary director broke into the industry with his worst movie ever), Cameron found himself unwell in a cheap hotel Roman hotel room. The world would never be the same. “The Terminator came from a dream…

Like so much great art, the T-800 came to James Cameron in a dream. In 1981 (the same year the legendary director broke into the industry with his worst movie ever), Cameron found himself unwell in a cheap hotel Roman hotel room. The world would never be the same. “The Terminator came from a dream…

Everything you need to know about the new Miyazaki movie