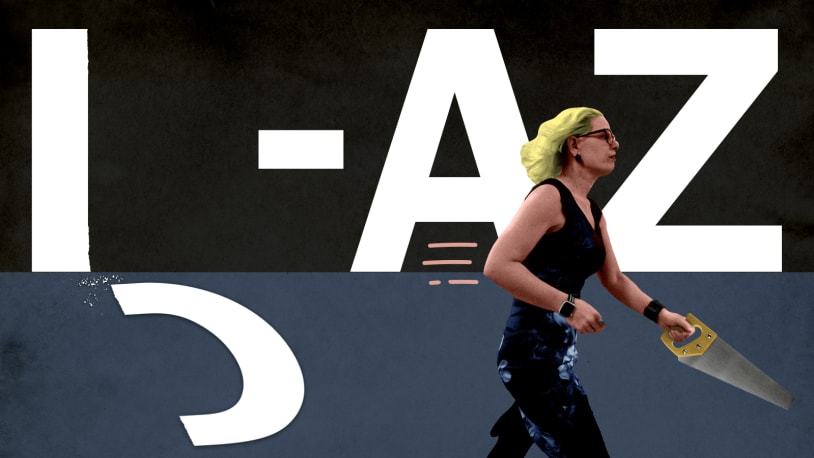 Sen. Kyrsten Sinema leaves Democrats to become an independent. What does it mean?

Democrats basking in the glow of their narrowly expanded Senate majority were treated to a rude awakening on Friday morning, with Arizona Sen. Krysten Sinema’s surprise announcement that she was “declaring my independence from the broken partisan system in Washington,” and officially registering as an independent in her home state.

Sinema’s decision — trumpeted in a lengthy opinion piece for the Arizona Republic and bolstered by both a campaign-style video and coordinated interviews with Politico and CNN — is understandably being treated as a seismic shake-up for Democrats and the Senate at large; party defections are not only rare (there have been just 17 in-office Senate switches since 1900) but can serve as a significant reordering of what had previously been understood to be a settled congressional dynamic. In Sinema’s case, however, the full effect of her announcement remains frustratingly unclear, as both the senator and her colleagues seem unwilling (or unable) to fully articulate just what the switch will mean for the party, the Senate, and the Arizonans who elected a Democrat on the assumption that she would remain so throughout her career.

How did we get here?

While sudden, Sinema’s decision to abandon the Democratic party is not, in retrospect, wholly surprising. Sinema’s time in politics — first in the state house, then the U.S. House of Representatives, and now the Senate — has been a slow, but steady progression rightward from her initial role as a spokesperson for the local Green Party who worked for Ralph Nader’s quixotic presidential bid. By the time she’d begun running for Senate in 2018, however, she’d largely rejected the “extreme” label once applied to her by both Democrats and Republicans alike, instead positioning herself as running to be “a voice for all Arizonans, not just one political party.”

While a tack to the center can be a shrewd campaign strategy, particularly in an ambivalently purple state like Arizona, Simena continued pushing rightward during her first few years in the Senate. She regularly frustrated Democrats by actively working to scuttle a number of her party’s policy goals, earning praise from Republicans for many of those same efforts. And while she’d denied rumors of a pending party switch for years, speculation that she was headed if not into the arms of Republicans than at least out of those of the Democrats persisted.

For now, it’s not entirely clear. According to Senate Majority Leader Chuck Schumer (D-N.Y.) Sinema will retain her committee positions, and Democrats “will maintain our new majority on committees, exercise our subpoena power, and be able to clear nominees without discharge votes.” The strong implication in Schumer’s agreeing to let Sinema keep her committee posts is that she will continue to caucus with the Democrats, similar to current Senate independents Bernie Sanders (I-VT) and Angus King (I-Maine). Speaking with The Washington Post, Sen. Chris Murphy (D-Conn.) appeared to concur, saying “this seems like this changes the letter next to her name and not much else.” The White House, too, has tried to downplay any potential chaos Sinema’s announcement may prompt, with one official telling CNN that “we’ve worked with her effectively on a lot of major legislation from CHIPS to the bipartisan infrastructure law” and that the administration has “every reason to expect that will continue.”

What will almost certainly change, however, is how both Democrats and Republicans plan to approach 2024, and Sinema’s presumptive bid for re-election.

One prevailing theory that began circulating almost immediately after her announcement is that Sinema’s decision to switch parties was animated in large part by her hopes to avoid a potential acrimonious primary challenge as she seeks re-election in 2024 — and to force the party to line up behind her to prevent her third party bid from serving as a spoiler for a Democratic nominee. Already the state party has come out hard against Sinema’s defection, blasting her as beholden to “corporations and billionaires, not Arizonans” in a brief, fiery statement Friday morning.

Rep. Ruben Gallego (D-Ariz.), long rumored to be considering a leftward challenge for Sinema’s Senate seat, offered a similarly vitriolic assessment of her switch, criticizing her for “once again putting her own interests ahead of getting things done for Arizonans” in a statement. It’s harsh rhetoric from someone who once lauded Sinema as “the one who’s passing legislation and is working across the aisle,” but not wholly unexpected from a man whose campaign website proudly links to an article published in The Nation titled “Ruben Gallego’s Fury Over Uvalde Is Exactly Why He Must Challenge Sinema.“

While it’s unclear how Sinema’s party switch will play with Arizona voters themselves, any 2024 re-election effort will necessarily need to contend with the senator’s deep unpopularity, which polling this past autumn showed cuts across every demographic and political affiliation:

In her essay explaining why she was leaving the Democratic Party, Sinema noted that Arizonans register as independents at a pace that frequently surpasses that of the major political parties. It’s clear that in registering as one herself, Sinema feels she can capitalize on that same sense of autonomy and self-determination. What’s less clear is if voters — the Democrats who supported her as one of their own, and Republicans who rejected her as one of the others — feel the same way.

Democrats basking in the glow of their narrowly expanded Senate majority were treated to a rude awakening on Friday morning, with Arizona Sen. Krysten Sinema’s surprise announcement that she was “declaring my independence from the broken partisan system in Washington,” and officially registering as an independent in her home state.  Sinema’s decision — trumpeted in…

Democrats basking in the glow of their narrowly expanded Senate majority were treated to a rude awakening on Friday morning, with Arizona Sen. Krysten Sinema’s surprise announcement that she was “declaring my independence from the broken partisan system in Washington,” and officially registering as an independent in her home state.  Sinema’s decision — trumpeted in…