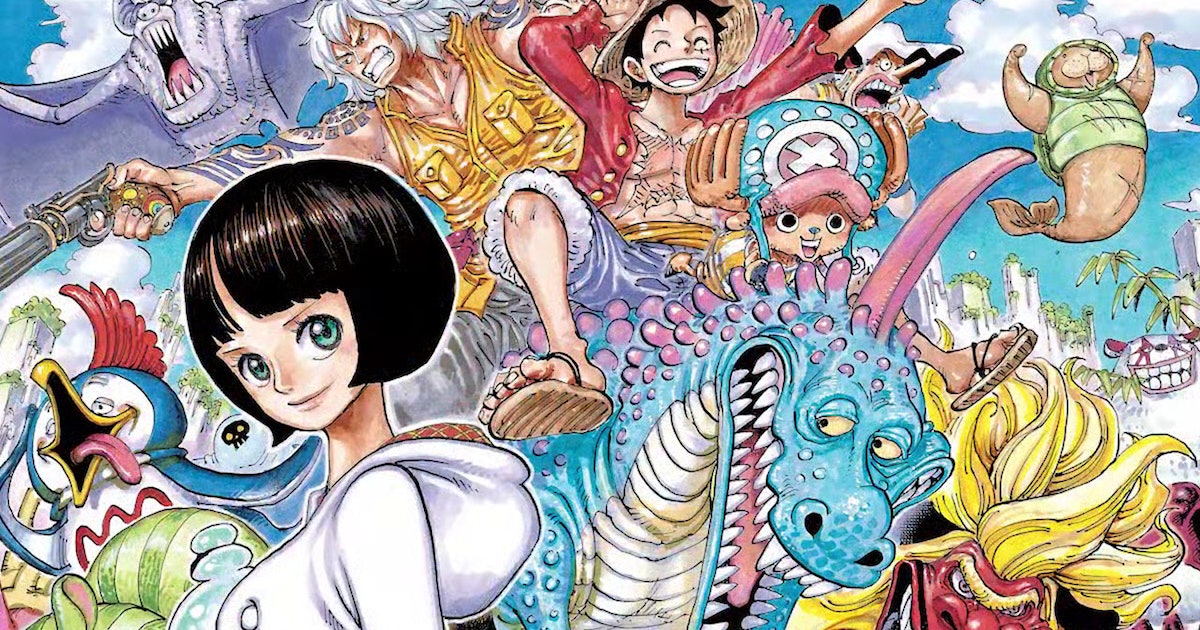 After a three-hour demo with One Piece Odyssey, I couldn’t shake the feeling that it reminded me of the Tales series.

To my surprise, the development team confirmed that Yusuke Tomizawa, director of Tales of Arise, served in a prominent advisory role on Odyssey.

There have been dozens of One Piece games over the years, but Odyssey is the most ambitious yet, promising an epic, turn-based RPG experience. There’s a surprising amount of complex systems at play in One Piece Odyssey, and director Katsuaki Tsuzuki says the team wanted to make an RPG experience that would appeal to those familiar with the genre and complete newcomers. I’m a little worried whether all these systems can remain compelling for 40 hours (which is how long Suzuki says the main quest takes), but One Piece Odyssey is shaping up to be a must-play RPG for early 2023.

One Piece Odyssey features an entirely original story, written by series creator Eichiro Oda. At the start of the game, Luffy and the Straw Hat crew are sucked up by a massive storm at sea and end up on a mysterious island. A couple of hours in, the entire crew loses their powers, and the first step of the story has them setting off on a journey to get them back.

While it was hard to get a clear sense of the main story from the demo, one thing that totally shone through is how much effort Bandai Namco has put into writing the characters and dialogue. One Piece has so many vibrant characters, and that translates over perfectly to a JRPG that puts the focus on character interactions.

“Unique character interactions are one of the big appeals of the Tales series,” Odyssey producer Rei Hirata tells Inverse. “One Piece is another series that has very deep characters. So we took a lot of Mr. Tomizawa’s advice and implemented it. But we also branched out and brainstormed a lot of different things that will be new and fresh.”

While Luffy is, of course, the main character, Odyssey feels more about the journey of the Straw Hat crew as a whole. Your party constantly banters back and forth as you explore new environments and cities. There are loads of little interaction points in environments that can give you extra dialogue and context. Hirata notes that one of Tomizawa’s big recommendations was that the game needed more voice-over, which ultimately resulted in Odyssey having far more voiced content than any previous One Piece game.

One Piece’s memorable cast ties directly into exploration and combat, which helps give the game a unique flair compared to other JRPGs. More intriguing still is the turn-based combat system, which is far more complex than you might expect.

Each battle takes place on a field that’s split up into “zones.” Each party member starts out in a separate zone but can move to others by selecting a move command. The catch is that you’ll have to defeat any enemies there before you can help out an ally.

Odyssey uses a rock-paper-scissors system for fighting styles, with each party member and enemy falling into one of three types: strength, speed, and technique. Your parties can also use special abilities by expending TP (Tension Points).

Party members can be swapped out at any time, so battles quickly become a tactical affair where you need to figure out which zones to tackle first, and which party members to use. Though combat seems intricate at first glance, the few hours I played felt surprisingly easy, especially with the freedom to swap party members at any time.

Odyssey moves to address this lack of difficulty by introducing “dramatic moments” in combat, where special situations get set up and can lead to some nice stat boosts.One battle I played saw Usopp surrounded by penguin enemies, which surprised him and added the stun status. If I could save Usopp from getting KO’ed, my party would get a big boost in strength and attack power, but I had to move quickly to stop the unexpectedly violent penguins.

One of Odyssey’s most endearing details is how much characters actually talk during battle. Their quips and conversation are shaped by the way battles play out in real-time, like Usopp pleading “why’d you send them over to me?” when Luffy knocks an enemy to another zone. Each battle also has a quick post-battle results screen where characters often have cute little interactions, exactly like in the Tales series.

On top of the already complex combat system, One Piece Odyssey also provides a variety of mechanics for improving and customizing your party members. There’s a basic leveling system, but interestingly Odyssey doesn’t have equipment, in the traditional sense. Each character can equip accessories on a Tetris-style grid, piecing together the blocks that accessories take up. I didn’t get to experience the crafting system in my demo, but a presentation showed how players can use Nico Robin’s abilities to craft accessories, alter the space they take, their effects, and more.

After the party loses their powers, you’ll start collecting cube fragments, which can be slotted into abilities to help power them up. You can change which abilities the cubes are connected to at any time, giving you a bit of flexibility.

All the little systems and mechanics in One Piece Odyssey seem overwhelming at first, but the first few hours of the game do a good job of introducing things incrementally, so that everything fits together surprisingly well.

Tsuzuki stresses that One Piece Odyssey is meant to be approachable to players that don’t typically play JRPGs, and my three hours with the game certainly give me hope it might live up to that dream. There’s plenty of complexity for long-time turn-based fans, and plenty of references for One Piece fans. Nevertheless, the game’s deliberate approach to its story and systems make it easy to pick up and play. It remains to be seen if its story and systems can remain interesting for dozens of hours, though.

After a three-hour demo with One Piece Odyssey, I couldn’t shake the feeling that it reminded me of the Tales series. To my surprise, the development team confirmed that Yusuke Tomizawa, director of Tales of Arise, served in a prominent advisory role on Odyssey. There have been dozens of One Piece games over the years,…

After a three-hour demo with One Piece Odyssey, I couldn’t shake the feeling that it reminded me of the Tales series. To my surprise, the development team confirmed that Yusuke Tomizawa, director of Tales of Arise, served in a prominent advisory role on Odyssey. There have been dozens of One Piece games over the years,…