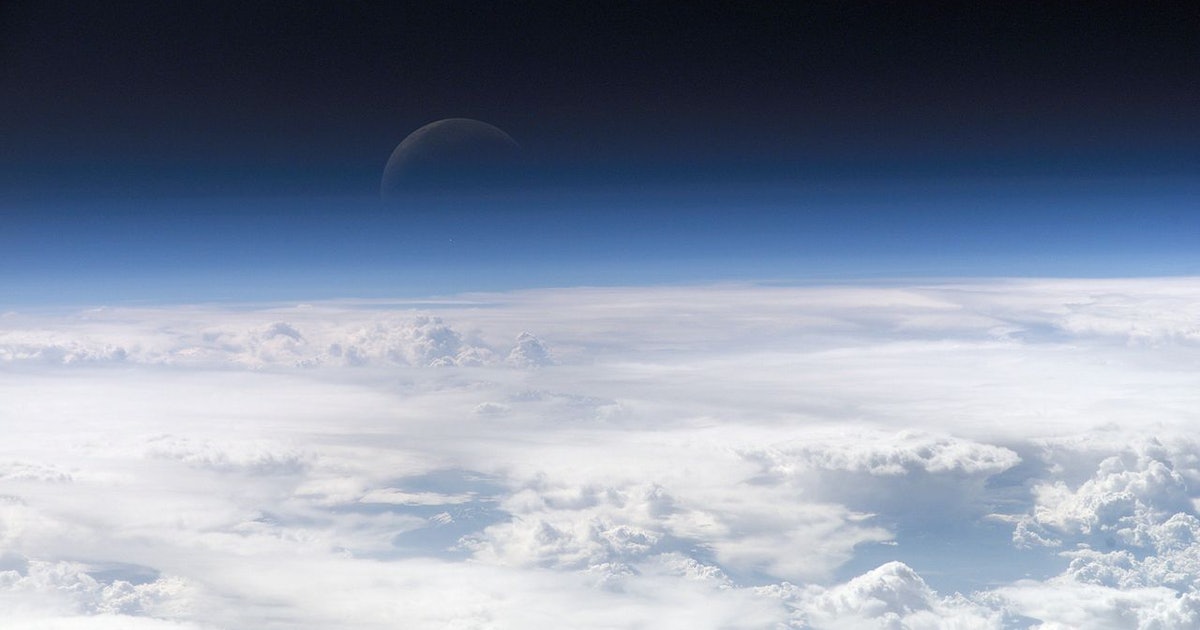 Can people with disabilities be astronauts? ESA shows encouraging signs of progress

Not quite two years after Hayley Arceneaux became the first person with a prosthetic body part in space, the European Space Agency has launched a “Parastronaut Feasibility Program,” and future astronaut corps may include people with disabilities.

Imagine a flight to the International Space Station. As the main engines cut off and the weightlessness of space replaces the heavy G-forces of launch, the mission’s pilot unbuckles themselves from a seat designed to keep their prosthetic knee at a comfortable angle. A few minutes later, they watch the spacecraft commander discussing a science experiment with the mission specialist — in American Sign Language. This could be a glimpse of the future.

What’s New — Surgeon and Paralympic runner John McFall will spend the next several years working with engineers at the European Astronaut Center, figuring out how to adapt spacecraft design to accommodate crew members with amputations or other disabilities. He’ll participate in simulated spaceflights, analog missions, and will communicate with commercial space companies and other space agencies about his experiences.

“ESA is ready to invest in defining the necessary adaptations of space hardware in an effort to enable these otherwise excellently qualified professionals to serve as professional crew members on a safe and useful space mission,” said the agency in a press release in February 2021, when it first issued the call for people with disabilities to apply for what ESA calls the “Parastronaut Feasibility Project.”

McFall’s selection is a huge step forward, but it’s not happening in a vacuum.

On December 14, twelve people with different disabilities will take off on a zero-gravity flight with AstroAccess, aboard Zero Gravity Corporation’s “G-Force One.” They’ll perform experiments to help answer some key questions for astronauts with disabilities — things like how quickly a person with mobility issues can get in and out of a flight seat in microgravity, how a blind person can use textured handholds to orient themselves and navigate the cabin without gravity, and whether sign language is understandable when one person is floating upside down.

AstroAccess will share its findings with commercial spaceflight and spacecraft design companies. “I hope that a lot of the solutions we’re testing now and coming up with, you’ll find implemented in a lot of their spacecraft and habitats,” aerospace engineer and AstroAccess project lead Eric Ingram tells Inverse.

If McFall actually goes to space, he’ll become the second person ever to leave the planet with a prosthesis, but the first through a government agency. Arceneaux, a physician’s assistant at St. Jude’s, has had an internal prosthesis — an artificial knee with titanium rods in her thigh and calf — since surviving bone cancer as a child. She joined the crew of Inspiration4, a private 3-day orbital mission funded by Shift4 CEO Jared Isaacman, as its medical officer in September 2021.

Arceneaux showed how fully a person with a disability can participate in spaceflight — very, it turned out. She gave anti-nausea shots to spacesick crewmates and helped gather medical data, and she was the first to climb out of the Dragon capsule after its splashdown in the Atlantic Ocean. Her experience also shed some light on what kinds of challenges might arise for astronauts with disabilities and what accommodations could help.

“SpaceX modified the footrest of my seat in Dragon so that my leg was more extended,” Arceneaux tells Inverse. “We realized during the first launch simulation, where we were training in real time and I was strapped into the seat for 2.5 hours like I would be on launch day, that the original footrest was difficult for my leg. As soon as they recognized the problem, they held meetings to redesign the footrest.”

Digging into the details — The accommodation that enabled Arceneaux to fly is an example of what McFall and ESA engineers will be working on. Meanwhile, AstroAccess is investigating similar issues on its flights. Ingram co-leads the group focused on people with mobility impairments, exploring how people with a range of physical disabilities — people with prosthetic limbs, wheelchair users, and others — move and operate in microgravity.

“A lot of what we’re investigating is movement and not moving in microgravity,” he says. “So if you do have an amputation, if you have limited use of legs and hands, how do you operate successfully in microgravity as you get from place to place? How do you stay still?”

Arceneaux’s experience suggests that some people with disabilities may have fewer problems with mobility in space than on Earth. In her 2022 book Wild Ride, she writes, “On Earth, after a long day, my leg was tired and sore. […] In space, I had no pain — without gravity, there was no pressure or weight on my leg, even with all my spins and twirls.”

Meanwhile, AstroAccess’ work also includes people with other types of disabilities, especially vision and hearing impairments. “Getting a wide variety of experiences for the inputs for these experiments is important because we’re trying to design for as wide a swath of the population as possible,” Ingram says.

“Because physical disabilities have up until now been avoided in space, we had to start from somewhere,” explained ESA in its February 2021 press release. For guidance, they turned to the International Paralympic Committee, which has sorted many disabilities by type and degree of impairment. ESA officials compared the Paralympic categories with “our own expertise and knowledge of the prerequisites to the tasks of a safe and useful space mission,” as the agency put it.

But it’s also a matter of practicality. “Designing for people with disabilities helps everyone,” says Ingram. “I don’t think anybody has complained about automatically opening doors at supermarkets recently.”

For example, textured handholds to help visually impaired people navigate a spacecraft cabin could help everyone if the lights go out. Sign language could be an easy way to communicate even with blaring sirens. Spacecraft built to accommodate people with mobility impairments can also accommodate injured crew members.

“And if we’re looking at humanity being in orbit long term as a spacefaring civilization, eventually people get old, and if you live long enough, you will get a disability of some sort,” says Ingram.

What’s Next — McFall’s selection is no guarantee that he’ll actually go to space — or that ESA will ever hire a second “parastronaut.” But the agency has promised to try.

“The only promise we can make is one of a serious, dedicated, and honest attempt to clear the path to space for a professional astronaut with a physical disability,” said ESA in February 2021. And just that willingness to try, coming from one of the world’s largest government space agencies, is a huge step forward, according to Ingram.

Historically, the process of making spaceflight more inclusive hasn’t always been fast. NASA didn’t assign a Black astronaut or a female astronaut to a space flight until 1983, when Guion Bluford and Sally Ride flew as mission specialists aboard the space shuttle Challenger (Bluford on STS-8 in August, and Ride on STS-7 in June). Today, women and people of color still make up only a very small fraction of the more than 600 people who have traveled to space. And people with disabilities — despite about 15 percent of the world’s population having one at any given moment — have so far been left out entirely.

But Ingram and Arceneaux are both optimistic about the future.

The role of private missions like Inspiration4 also has a historical parallel: from 1959 to 1962 (the year NASA told young Halpern that it had no plans to send women to space), physician William Randolph Lovelace II privately funded a program to put 13 women — all pilots — through the same physiological tests as the first seven Mercury astronauts.

“Social changes happen because people push for them,” Margaret Weitekamp, chair of the National Air & Space Museum’s Space History Department, tells Inverse. Racial and gender inclusivity in space programs came from wider movements for equal rights. And the current steps toward astronauts with disabilities are a product of decades of disability activism — and, Weitekamp says, things like the Paralympics, which demonstrate that some people with disabilities are still capable of tremendous athletic performance.

For now, the next step for McFall — and for the future of astronauts with disabilities — comes in spring 2023, when he’ll join 5 other astronaut trainees at the European Astronaut Center in Germany. What comes after that will be up to McFall and ESA.

“Right now, we are at step zero,” said ESA in February 2021. “The door is closed to persons living with disabilities. With this pilot project, we have the ambition to open this door and make a leap, to go from zero to one.”

For her part, Arceneaux hopes the study will be a source of hope for people with disabilities.

“I know that many kids with cancer and other childhood illnesses told me how inspired they were to see me become an astronaut,” she says. “I am so excited to think of all the children around the world who will see the astronauts in the Parastronaut Feasibility Study and feel inspired that they can now do the same thing.”

Not quite two years after Hayley Arceneaux became the first person with a prosthetic body part in space, the European Space Agency has launched a “Parastronaut Feasibility Program,” and future astronaut corps may include people with disabilities. Imagine a flight to the International Space Station. As the main engines cut off and the weightlessness of…

Not quite two years after Hayley Arceneaux became the first person with a prosthetic body part in space, the European Space Agency has launched a “Parastronaut Feasibility Program,” and future astronaut corps may include people with disabilities. Imagine a flight to the International Space Station. As the main engines cut off and the weightlessness of…