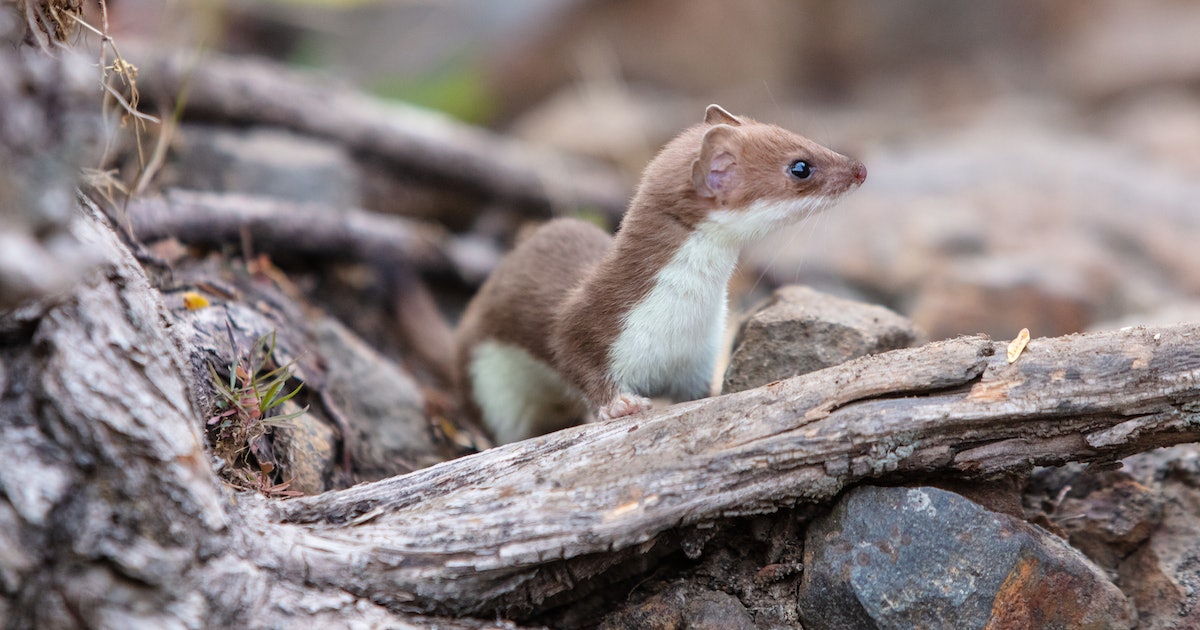 At the United Nations biodiversity conference that opened in Montreal on Wednesday, nations aim to create a new global framework for transforming humanity’s relationship with nature. The conference logo features a human reaching to embrace a panda — but from an ecological perspective, a weasel or badger would be a more appropriate choice.

Large mammals with widespread appeal, also known as charismatic megafauna, often represent the highest achievement in biodiversity protection. As the logic goes, saving the tiger, polar bear, wolf, or lion means saving an entire ecosystem since these species often have large ranges and may sit at the top of food chains.

But research shows that, relatively speaking, many large charismatic species aren’t doing that badly in North America. Wolves are repopulating California, where their last wild ancestor was killed in 1924. Cougars could become reestablished across the Midwest over the next several decades. Black bears have regained much of their range in the eastern U.S., to the point where many states have a bear hunting season. Similar stories are playing out across Europe, where even large carnivores like the lynx and wolverine are recovering.

For small carnivores like weasels, skunks, and foxes, it’s a different story. These species and their relatives have equal or greater impacts on the ecosystems they inhabit than larger species like wolves. They even provide benefits for humans by preying on rodents that eat crops and infest our houses. Yet small carnivores are of increasing conservation concern because their populations are declining dramatically in many places.

Many threats but no single cause

While small carnivores don’t typically get as much public attention as larger species, conservation biologists have been trying to arrest their decline for decades.

For example, the black-footed ferret, a member of the same family as weasels and minks, has been on the U.S. endangered species list since the list was created in 1973. As recently as the early 1900s, there were thousands of black-footed ferrets across western prairies. Today scientists estimate there are fewer than 400 left in the wild.

Recent evidence suggests that even the most common and widespread small carnivores are in decline. A 2005 study estimated that eastern spotted skunks, which are rarely seen today but historically occurred across much of the U.S. east of the Rocky Mountains, had declined in number by 90 percent over the preceding 50 years.

I led an effort in 2021 to determine the status of the most widespread of small carnivores in North America: weasels. We found range-wide decreases dating back to the 1960s that paralleled the decline of spotted skunks.

Scientists have a very poor understanding of what has caused the losses of weasels and most other small carnivores. We suspect that many stresses may be involved, including changing farming practices, diseases, and new carnivores like house cats, domestic dogs, raccoons, and striped skunks that follow human development and outcompete or eat native small carnivores.

What we do know is that North America is not unique. Small carnivores are declining globally at an alarming rate. A 2021 review suggests that over the past couple of decades, over half of all small carnivores have declined in number, and a quarter is at risk of extinction. Proportionally, these are the same levels of decline and endangerment as the better-publicized threats to large carnivores.

We also know that compared with larger species, small carnivores have shorter lives and use smaller areas. This allows them to respond quickly to even minor fluctuations in temperature, habitat change, and food availability. In my research over the past 23 years, I have learned that these attributes make small carnivores sensitive indicators of even minor shifts in how well their ecosystems work.

A prime example comes from the Channel Islands off the coast of California, home to the diminutive island fox, a species found nowhere else on Earth. In the late 1990s, land and wildlife managers noticed a decline in island foxes, which coincided with the decline of bald eagles and the arrival of golden eagles on the islands. Golden eagles preyed on the foxes, as well as on non-native wild pigs. At one point, the fox population was reduced to fewer than 100 individuals.

Restoring island foxes was a complex initiative that involved reintroducing bald eagles — which prey on fish, not mammals — to the islands to chase off golden eagles, eradicating introduced pigs, which served as food for the golden eagles and altering the vegetation where the foxes sheltered; restoring shrubs and grasses; and breeding foxes in captivity, then releasing them. This effort is one of the most prominent examples of biologists intervening to reverse a species’ slide toward extinction.

More broadly, the island fox story shows that small carnivores can provide unique insight into the structure of ecosystems because they are at the centers of food webs. Look at the diet of a fox or weasel, and you have a great snapshot of how many species are present in that ecosystem.

Losing small carnivores can change ecosystems. Many small carnivores typically prey on small seed-eating rodents like mice and gophers. This reduces rodent impacts on plants and farm crops. It also helps to reduce the spread of tick-borne diseases since small rodents can serve as hosts for infected ticks.

For these reasons, other ecologists and I argue that it makes sense to use small carnivores as barometers of ecosystem health. This would mean replacing polar bears with weasels as global warming poster animals and keying in on ocelots rather than jaguars to understand how rainforest destruction is affecting wildlife.

While lions and polar bears are important, I believe ferrets, weasels, and foxes deserve the same kind of protection and are a more precise tool for measuring how ecosystems are responding to a rapidly changing world.

This article was originally published on The Conversation by David Jachowski at Clemson University. Read the original article here.

At the United Nations biodiversity conference that opened in Montreal on Wednesday, nations aim to create a new global framework for transforming humanity’s relationship with nature. The conference logo features a human reaching to embrace a panda — but from an ecological perspective, a weasel or badger would be a more appropriate choice. Large mammals…

At the United Nations biodiversity conference that opened in Montreal on Wednesday, nations aim to create a new global framework for transforming humanity’s relationship with nature. The conference logo features a human reaching to embrace a panda — but from an ecological perspective, a weasel or badger would be a more appropriate choice. Large mammals…