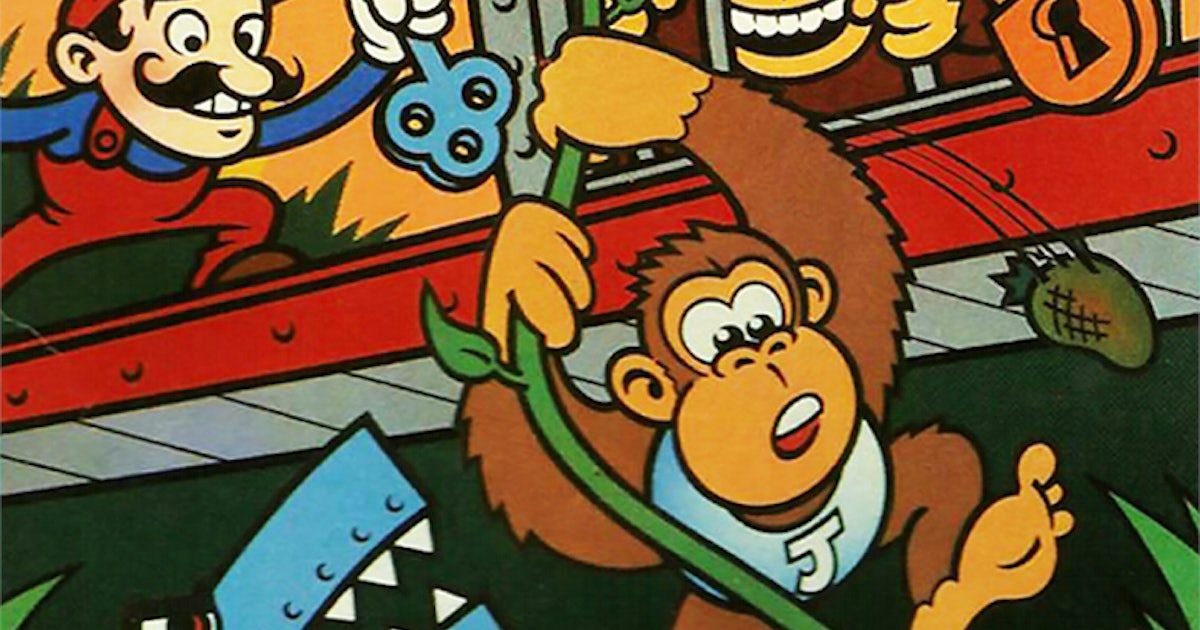 40 years ago, an amazing platformer turned Nintendo’s biggest franchise on its head

Who was Nintendo’s first big star, Donkey Kong or Mario? It’s a chicken-or-the-egg question with no real answer, considering how they came up together. Their first game, 1981’s Donkey Kong, saw them as rivals in a light-hearted style. Drawing from Popeye and Bluto, as well as Merian C. Cooper’s 1933 movie King Kong, Shigeru Miyamoto developed a light-hearted game based on platforms, ladders, rolling barrels, and a little guy with a mustache just trying to save his girlfriend. It’s easy to forget that Miyamoto flipped that script in an underappreciated sequel. It’s one that every gamer needs to experience via their Nintendo Switch Online + Expansion Pack.

While Donkey Kong wasn’t like the popular maze or shooting-based arcade games of the day, its uniqueness made it stand out. Once Donkey Kong became a hit, that uniqueness led to ubiquity. Games requiring a player to jump from platform to platform were soon everywhere, as was Donkey Kong. The highest-grossing arcade game of 1981 needed a sequel before it found itself lost amidst the knockoffs.

Ever the inventive game designer, Miyamoto did the opposite with the sequel rather than lean into the same core mechanics. Donkey Kong Jr.’s main star wouldn’t be Donkey, Mario, or Pauline, the Fay Wray-type love interest. Instead, now it’s Mario who is the villain, trapping Donkey Kong in a cage. It’s up to Donkey Kong Jr. to free his old man. It’s a silly and surprising plot hook that winds up being a lot of fun.

Donkey Kong Jr. is a single-screen game with a singular purpose: getting to the top, above the wicked Mario, and freeing Donkey Kong, the massive gorilla being held in a cage. Mario, being the cruel captor he is, throws various animals and traps at the young Kong, who must navigate a series of platforms and ladders on the road to his father.

As an arcade game, DKJr.’s premise had to be easy to understand but escalate appropriately in difficulty. Slow-moving enemies get faster. The jumps get trickier, especially when the platforms start moving. And Mario, standing above you in his haughty tower, keeps sending out more birds, more sparks, raining down distractions and destruction as he tries to tear your family apart.

There are four levels in the game, which repeat themselves until it bonks out after Level 22. There’s the Vine Scene, with lots of vines to climb and birds to dodge; the Jump Board scene, with moving platforms; Mario’s Hideout, a futuristic electro-tower; and the Chain Scene, where Mario has locked up Donkey Kong and he must be freed through climbing to various keys.

Each of these stages has a fun puzzle for players to figure out, even if it’s not terribly hard. It’s a mixture of timing and jumping, as well as moving at just the right pace to avoid any flying enemies. Like Ice Climber, the game’s difficulty is found in how it mixes and matches its ingredients.

There’s also the added novelty of seeing Mario as a villain, a rare turn that would only be seen elsewhere in an obscure Game & Watch game. He’s an odd villain, much smaller than the gorilla he’s captured, and he has no real advantages. How, exactly, he kidnapped Donkey Kong is a mystery likely rooted in some kind of subterfuge. It’s likely for the best that this was Mario’s last heel turn, although Mario’s Hideout is still an area that should be rebooted in a future Mario Kart or Smash Bros. game.

Donkey Kong Jr. is a fun game, the type of platformer that Miyamoto would master before breaking through the single-screen game with Super Mario Bros. For anyone interested in the road leading up to Mario Bros., or anyone who wants to spend 15 minutes like a kid would have done in 1982 without losing any quarters, it’s worth a play.

Who was Nintendo’s first big star, Donkey Kong or Mario? It’s a chicken-or-the-egg question with no real answer, considering how they came up together. Their first game, 1981’s Donkey Kong, saw them as rivals in a light-hearted style. Drawing from Popeye and Bluto, as well as Merian C. Cooper’s 1933 movie King Kong, Shigeru Miyamoto…

Who was Nintendo’s first big star, Donkey Kong or Mario? It’s a chicken-or-the-egg question with no real answer, considering how they came up together. Their first game, 1981’s Donkey Kong, saw them as rivals in a light-hearted style. Drawing from Popeye and Bluto, as well as Merian C. Cooper’s 1933 movie King Kong, Shigeru Miyamoto…

The perfect holiday cookies depend on this one overlooked, abundant ingredient