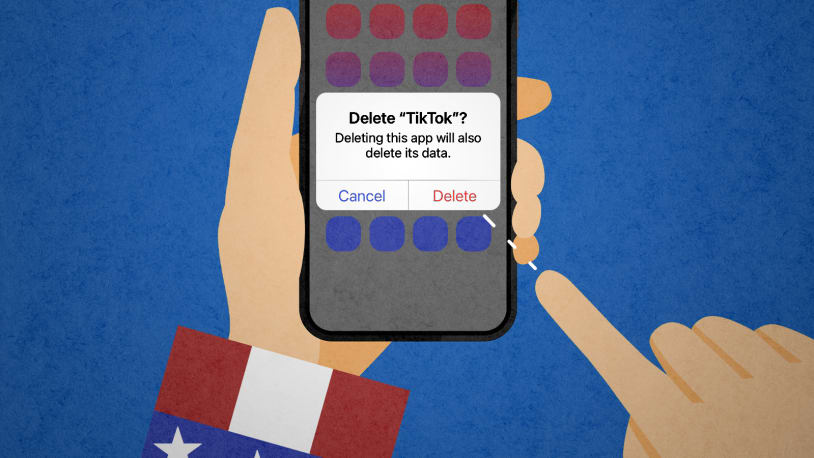 Will TikTok be banned in the U.S.?

Is TikTok about to be banned in America?

The popular social media app might be best known for viral dance crazes and other silly videos. But TikTok is owned by a China-based company, raising concerns that it’s a tool that might be used for purposes that harm U.S. national security. A number of states — including Maryland, South Dakota, Texas, and others — have recently banned or blocked the app from phones and other devices used by their workers.

There is also talk of stronger action: Brendan Carr, an FCC commissioner, recently called for the federal government to ban TikTok, and Sen. Marco Rubio (R-Fla.) introduced a bill to do just that. Meanwhile, the Biden administration is working on a deal to let the company operate while addressing security concerns. Why do U.S. officials see TikTok as a problem? And what can they actually do? Here’s everything you need to know:

What are the concerns about TikTok?

Influence and espionage. Social media apps are regularly scrutinized for their influence over Americans — witness the brouhahas over Facebook’s role in the 2016 election and Twitter’s role in blocking a story about Hunter Biden during the 2020 presidential campaign. TikTok comes with a twist: It’s owned by a Chinese company, ByteDance. “It isn’t an arm of the Chinese Communist Party,” Vox reports, “but Chinese laws say it can be forced to assist the Chinese government.”

That raises concerns that Chinese officials could influence Americans by manipulating the app algorithm. Bloomberg notes that an American teenager was banned from the platform in 2019 for criticizing China’s treatment of Muslim Uyghurs, though that ban was later lifted. And like other social media apps, TikTok collects vast amounts of data on its users — a big reason that states are now banning the app from government devices. “All of these things are in the hands of a government that doesn’t share our values, and that has a mission that’s very much at odds with what’s in the best interests of the United States,” FBI Director Christopher Wray said in December. “That should concern us.”

What is TikTok’s response?

TikTok doesn’t want to lose its American audience, obviously. (Officials have acknowledged that China-based workers can access some info, but says TikTok hasn’t actually turned over data to the government.) So the company has launched “Project Texas,” an effort to “isolate sensitive data from its American users so that only staff in the U.S. will have access.” That’s an expensive undertaking, but TikTok CEO Shou Zi Chew seems to think it’s worth it. “I’m very confident that … we will come up with a solution that will reasonably address the national security concerns,” he said in November. But that effort clearly hasn’t allayed the concerns of American officials.

Wait. Didn’t the Trump administration do something about TikTok?

In August 2020, then-President Donald Trump signed an executive order that essentially banned TikTok and another app, WeChat, from the United States. The ban never went into effect — there were the usual legal challenges — and in June 2021, the Biden administration reversed the order alongside a promise to evaluate the risks of China-based apps to U.S. national security. But even some Democrats have come around to the notion that Trump was right the first time. “As painful as it is for me to say, if Donald Trump was right and we could’ve taken action then, that’d have been a heck of a lot easier than trying to take action in November of 2022,” Warner told Vox. “The sooner we bite the bullet, the better.”

Doesn’t the First Amendment have something to say about a ban?

Yes. “Postings on TikTok are protected by the First Amendment since they are a form of speech,” James Andrew Lewis writes for the Center for Strategic & International Studies. “This means they cannot be banned any more than a person who wishes to access Russian propaganda can be banned from reading Pravda or RT.” That presents obstacles to any government action to ban the app outright. “The free-speech implications … are clear, not only for the individuals who wish to speak, but for the community they have created,” the Electronic Frontier Foundation said in a 2020 filing challenging Trump’s ban. But if the First Amendment is a hindrance to blocking the app from most American users, state governments are free to keep their employees from using TikTok on government-owned devices.

The Biden administration has been negotiating with TikTok to ensure the security of American user data. But the talks have “run into delays,” The Wall Street Journal reports. “The company had previously reached a tentative deal with the U.S. government this summer, but senior U.S. officials, including at the Justice Department, don’t believe that proposed agreement is adequate.” TikTok has agreed to store U.S. data on a server owned by the company Oracle. CNBC reports that observers think that a ban is ultimately unlikely — but not impossible. Instead, the feds may pressure ByteDance to sell the app to non-Chinese owners. “We continue to believe TikTok will survive in the U.S.,” one analyst told the network. But, he said, it’s a “close call.”

Is TikTok about to be banned in America? The popular social media app might be best known for viral dance crazes and other silly videos. But TikTok is owned by a China-based company, raising concerns that it’s a tool that might be used for purposes that harm U.S. national security. A number of states —…

Is TikTok about to be banned in America? The popular social media app might be best known for viral dance crazes and other silly videos. But TikTok is owned by a China-based company, raising concerns that it’s a tool that might be used for purposes that harm U.S. national security. A number of states —…