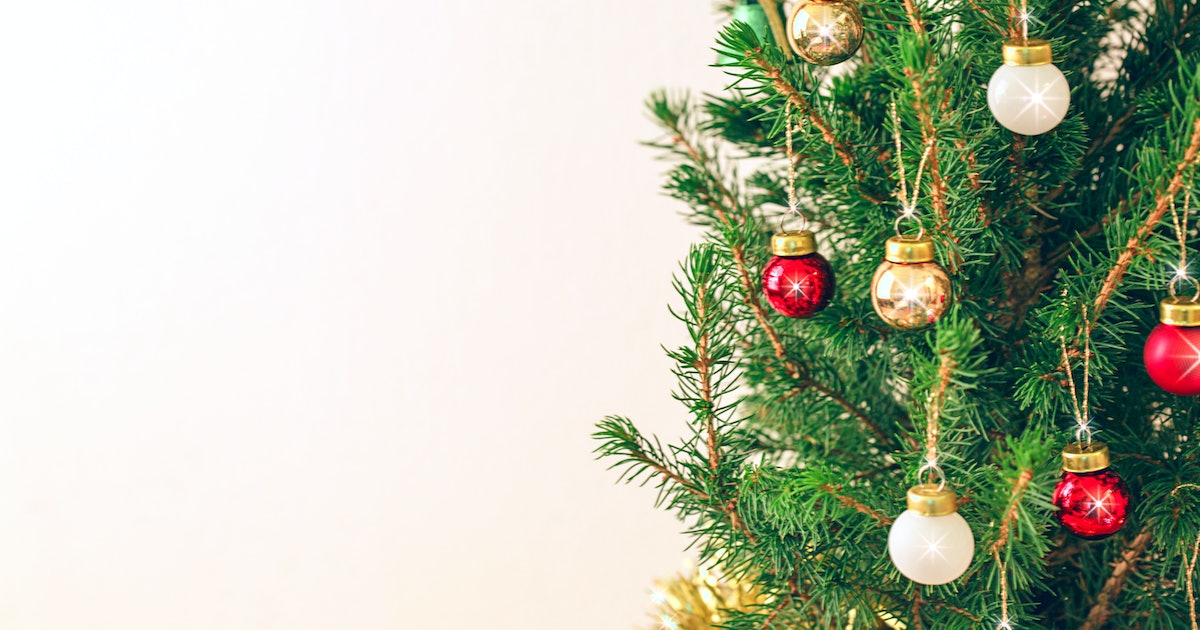 What Christmas tree is best for the environment? Here’s what forestry experts say you should buy

The debate rears its head every holiday season: Should I get a real tree or an artificial one? Which one is better for the environment?

Artificial trees have been growing in popularity in recent years, but Americans still love the real deal. 26 million Christmas trees were sold in 2019.

It’s a complex question with no simple answer, though experts come down pretty clearly in favor of one kind of tree when we think beyond just greenhouse gas emissions to overall sustainability.

“Relative environmental impact of each is murky at best,” Bert Cregg, a professor in Michigan State University’s Department of Forestry, tells Inverse.

Before we dive into the answer, let’s explain the positive and negative impacts of both artificial and real trees.

The pros and cons of real and artificial Christmas trees

“They are providing habitat for wildlife and keeping land from being developed,” Jill Sidebottom, seasonal spokesperson for the National Christmas Tree Association, tells Inverse.

Real trees are also crucial to stopping climate change since they store carbon in the soil and prevent its release into the atmosphere, which is the primary cause of global warming. They store carbon both in the portion of the tree we see aboveground and also in the soil.

Andy Finton, landscape conservation director for The Nature Conservancy in Massachusetts, says cutting down a tree eventually releases carbon into the atmosphere, but only ten percent of Christmas trees get cut down each year, leaving the remaining trees to store carbon for years until they reach maturity.

“For every Christmas tree that’s cut down each year, one to three new seedlings are planted,” Finton says.

Cregg adds that Christmas trees “are grown on a 10-year rotation, so trees are recycling carbon dioxide already in the atmosphere.”

Pesticide use is also common on Christmas tree farms, which may concern some consumers, but according to Sidebottom, herbicide can help wildlife flourish around trees by reducing pest-friendly grass around the trees and instead nurturing plants like clovers that support a wider variety of animal life.

The main benefit of artificial trees is the ability to reuse them continuously for years or even decades. Studies have been conducted on the “break-even” point or the number of years you’d have to keep or reuse an artificial tree for its environmental impact to equal the impact of a real tree.

“The report concludes that when comparing the two types of trees, artificial trees have a more favorable effect on the environment if reused for at least five years,” writes the American Christmas Tree Association.

But Lindberg says this research doesn’t likely factor in the amount of carbon dioxide that real Christmas trees capture in their roots and, therefore, the soil, so the five-year number is “likely lower than reality,” he says.

Artificial trees are primarily made with polyvinyl chloride (PVC) or polyethylene (PE) plastic, which make up the tree’s needles. Research shows PVC has a higher global warming potential than other plastics and also contains phthalates, which have been linked to birth defects.

“It’s hard to argue for an artificial tree because of their carbon footprint and the amount of plastics they use,” Finton says

So, which one is better for the environment: Real or artificial trees?

Experts say there are valid economic and cultural reasons for buying either real or artificial Christmas trees.

Artificial trees tend to be cheaper in the long run for consumers to buy, Finton says, since it’s a one-time purchase that lasts for several years, whereas real trees need to be bought annually.

The relative environmental impact of an artificial versus real tree is hard to calculate because there are many uncertain factors that can affect the environmental footprint, like the distance a tree is shipped, the techniques a farmer uses to grow and harvest a tree, and the way a consumer disposes of a tree.

But the experts we spoke with came down on the side of real Christmas trees, despite the ability to reuse artificial trees.

Their main reasoning? Trees are a renewable resource and can be planted again and again — storing carbon in the ground and preventing its release into the atmosphere — whereas artificial trees only have one option at the end of their life: the landfill. Plastic from the trees then builds up and lingers in the environment for decades — a concern as we become more aware of the problems with microplastic pollution.

“With all those factors in mind, I would say that real trees are better for the environment,” Lindberg says.

“When we consider impacts on local communities and local economies of buying real trees grown locally by family-owned farms vs. artificial trees manufactured in China, differences in sustainability are obvious,” Cregg says.

Experts like Finton argue that not only are Christmas tree farms better for the environment than artificial trees, but they are also a natural climate change solution.

“A real tree is part of an ecosystem that’s pulling carbon out of the atmosphere and can be part of that much larger role. So it’s a tiny part of a much larger solution to climate change,” Finton says.

Sustainable ways to get — and dispose of — a real Christmas tree

Buying from local farms is best since you can ask the farmers about their sustainable management practices and also minimize carbon emissions needed to transport the tree to and from your home.

“If a consumer was going to choose a farm that was 100 miles away, that’s going to have a bigger [environmental] footprint,” Sidebottom says.

Some environmentally-minded consumers are buying Christmas trees in pots to replant them. Finton says that’s a good solution, but you need to buy a tree that is native to your region. In some parts of the U.S., the ground may be too cold, and the roots could freeze if you plant after Christmas, so you may need to dig a hole in advance or keep the potted tree in your home until the spring.

The U.S. Forest Service also offers permits through Recreation.gov for individuals to cut down trees in designated national forests. Cutting down trees in these areas can help thin out forests and prevent wildfires, but make sure to get a permit first. Finton says Christmas trees from farms tend to be tightly pruned, whereas a wild tree’s branches may be spread out more, so it may not look like a traditional Christmas tree.

The way you dispose of a real tree also makes a big difference in environmental impact.

“Burning them is not ideal. Putting them in landfills is really not ideal. Because they will decompose and in the landfill, they’ll start releasing methane, which is a much more powerful greenhouse gas,” Finton says.

Trees eventually decompose and release carbon dioxide, but if you can convert those trees to mulch or compost, you can reduce the amount that gets released into the atmosphere and also support new plant life. Most major cities offer seasonal curbside pickup programs or donation centers to turn Christmas trees into mulch.

The Inverse analysis — It’s easy just to say we should stop using trees altogether, but on the whole, Christmas trees — real or artificial — have such a small environmental footprint compared to the glut of holiday shopping or our consumption habits year-round.

“I think the real vs fake Christmas tree environmental debate is a tempest in a teapot. In terms of global carbon cycles, the impact of both is minuscule,” Cregg says.

“Neither natural nor artificial Christmas tree purchases constitute a significant environmental impact within most American lifestyles,” PE Americas finds in a 2010 report commissioned by The American Christmas Tree Association.

In short: Don’t fret too much about your tree, and focus on reducing your environmental impact year-round — not just during the holiday season.

“We can be sustainable throughout the year and in the meantime, enjoy that tree and the holidays,” Finton says.

The debate rears its head every holiday season: Should I get a real tree or an artificial one? Which one is better for the environment? Artificial trees have been growing in popularity in recent years, but Americans still love the real deal. 26 million Christmas trees were sold in 2019. Bill Lindberg, a Christmas tree…

The debate rears its head every holiday season: Should I get a real tree or an artificial one? Which one is better for the environment? Artificial trees have been growing in popularity in recent years, but Americans still love the real deal. 26 million Christmas trees were sold in 2019. Bill Lindberg, a Christmas tree…

This classic sci-fi movie on HBO Max popularized a futuristic technology — can science make it happen?