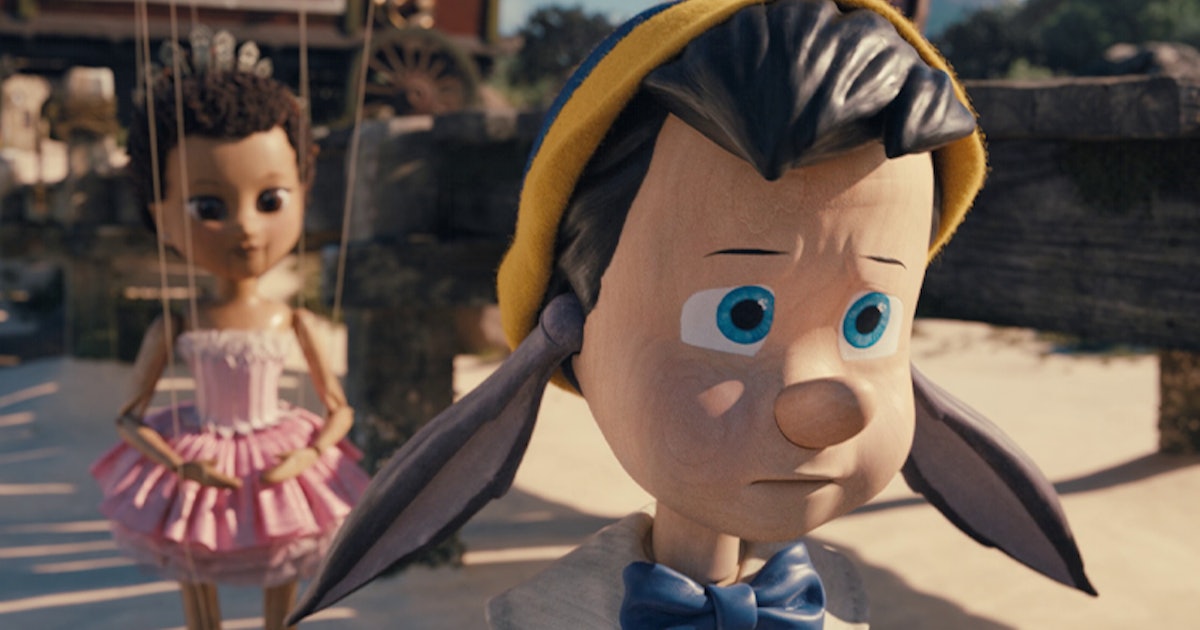 Disney’s Pinocchio (2022) wasn’t a wish upon a star, but rather, a meteoric crash.

The straight-to-Disney+ remake of the animated classic from the same studio was nearly a scene-by-scene rendition of its celebrated, golden era 1940s version. This insistence on sticking with the source material was, somehow, not an homage but instead a deeply offensive rip-off of the disruptive animation of the original (which, at the time and still to this day, features some of the most beautiful technical achievements Disney has ever produced).

Meanwhile, Guillermo del Toro’s Pinocchio, released months after Disney’s, is the moviemaking magic that happens when a director is doggedly determined to carry out his bonkers — and brilliant — vision, and a studio is equally set on making his wish come true. The Mexican dark fairytale auteur, known best for Pan’s Labyrinth, The Shape of Water, and Hellboy I and II, has attested that Pinocchio was his passion project. Del Toro’s affection for the story (and his unique twist on it) is evident in the stop-motion feature.

How is it possible that these two versions of Pinocchio, both based on the same Italian folktale and both released in the same year, were so wildly different? By chance, both of the 2022 Pinocchio remakes represent the best — and the worst — of the current state of animation.

What Disney’s Pinocchio (2022) gets wrong

The CGI and the visuals throughout the Pinocchio remake are sensational, as is to be expected from a movie with Robert Zemeckis (Back to the Future, Death Becomes Her, Who Framed Roger Rabbit?) at the helm. Zemeckis’ take on the wooden Italian import brings the original “to life” in the purest sense of the term. But in the quest for photorealism, the puppet protagonist looked as rigid as ever, with hollow emotional resonance. This Pinocchio may have had his older brother’s face creepily superimposed on him, but he had none of his backbone. The 1940s Pinocchio, and the storybook Pinocchio by Italian author Carlo Collodi, had the cojones to bend the rules, get in trouble, defeat a terrifying whale, and save his father, all in one tale! This one, sadly, did not, leading us to not really care whether or not Pinocchio becomes a real boy after all.

Beyond its stiff animation and narrative, Pinocchio (2022) totally wastes some of its spectacular, star-studded cast, namely Tom Hanks (of all people!) as a Geppetto with too few lines, and Cynthia Erivo as a Blue Fairy with too few opportunities for vocal or visual shimmer.

Dazzling, dizzying, and disturbing, Pinocchio is a labor of love from start to finish. Breathtaking set and character designs, whimsical musical performances, a gut-wrenching father-and-son dynamic, and the audacious inclusion of anti-fascist and pro-peace themes, earns del Toro’s Pinocchio the double categorization of a re-imagination of a timeless classic, and an entirely new invention of a narrative that, while vaguely familiar, never ceases to surprise.

This Pinocchio, voiced by Gregory Mann, looks and acts distinctively like an unstrung marionette born from a pinecone — clunky in his footing, prone to burning and water damage, with a texture that suggests he’s surely given the humans around him splinters — but he also retains his youthfulness and childlike wonder. Mischievous, rambunctious, free-willed, and capable of remorse, empathy, and imagination, Pinocchio is a real boy who happens to be cursed with eternal life in a wooden body. Pinocchio’s thin line between person and puppet, and the viewer’s ability to see the darkness of that predicament, is probably the most shocking and effective trick del Toro pulls off.

The best of animation

It’s pretty clear which version of Pinocchio was the victor in 2022, but what do these two wildly disparate films have to say about the current and future state of animation when looked at side by side?

The animation landscape in 2022 and beyond is … mixed terrain. It’s a topography comprised of gorgeous artistry and impressive craftsmanship that is (mostly) strapped for cash and studio support on one end of it; the other is made up of depressingly hyperrealistic computer-generated imagery and hollow storytelling that somehow still rakes in the big bucks (in spite of audiences and critics begging Disney to stop making lackluster live-action remakes of animated classics).

Indeed, Guillermo del Toro seemed to have been gifted a rare exception to the norm — time to carve out his unique vision for Pinocchio, as well as a steadfast belief from Netflix that it would pay off. And the fact that Netflix trusted del Toro with a stop-motion project is particularly meaningful, given how time-consuming and expensive stop-motion is (two drawbacks to the medium that have made it generally unappealing for streamers, who rely heavily on quick turnarounds and cutting corners). Pinocchio went through about a 14-year process to making it onto the small screen, and three of those years alone were devoted to filming scenes on 60 micro stages at ShadowMachine (known best for Netflix’s BoJack Horseman). Stop-motion, while costly and slow to produce, is also an important piece of film history, dating back to the beginning of cinema itself: the very first documented stop-motion animated film is credited to Vitagraph’s The Humpty Dumpty Circus, released in 1898. Pinocchio is making a case for saving this endangered cartoon species.

… And the worst of animation

Disney is sticking to a tired, but safe formula for at least the next six years. On their photorealistic remake docket is: The Little Mermaid, Peter Pan & Wendy, Snow White, Mufasa: The Lion King, Hercules, Hunchback, Tink, The Sword in the Stone, Robin Hood, Bambi, The Aristocats, and Lilo & Stitch. There are classic and original fairytale IP aplenty for Disney to experiment with and create something they were once known for — magic — but it seems that the House of Mouse isn’t budgeting for risk when it comes to their live-action remakes.

Meanwhile, animators at Warner Bros. Discovery have been, by and large, shafted by the conglomerate. Thirty-six programs were removed from HBO Max without warning on August 2022, with over half being animated projects.

But not all hope in animation is bleak — in fact, a renaissance is brewing in the industry, and del Toro’s Pinocchio is only one example of what’s to come now that Disney has lost itself in the Uncanny Valley. A glimpse at 2023’s Oscar contenders list for Best Animated Feature, which only includes four Disney titles in a panoply of diverse domestic and internationally-made animated content, is a strong indication that the tide is turning. Netflix is heating up with Pinocchio, The Sea Beast, Drifting Home, Wendell & Wild, and My Father’s Dragon, Universal Pictures was applauded for Minions: The Rise of Gru and The Bad Guys, while DreamWorks may finally get the upper-hand over Disney with Puss in Boots: The Last Wish.

We already know what to expect with Disney’s slate of scene-for-scene, live-action remakes of the groundbreaking hand-drawn animated classics that built its empire. But for the rest of the studios? Animation is uncharted, fertile ground — and they should conquer it now, while the competition lags behind.

Disney’s Pinocchio (2022) wasn’t a wish upon a star, but rather, a meteoric crash. The straight-to-Disney+ remake of the animated classic from the same studio was nearly a scene-by-scene rendition of its celebrated, golden era 1940s version. This insistence on sticking with the source material was, somehow, not an homage but instead a deeply offensive…

Disney’s Pinocchio (2022) wasn’t a wish upon a star, but rather, a meteoric crash. The straight-to-Disney+ remake of the animated classic from the same studio was nearly a scene-by-scene rendition of its celebrated, golden era 1940s version. This insistence on sticking with the source material was, somehow, not an homage but instead a deeply offensive…