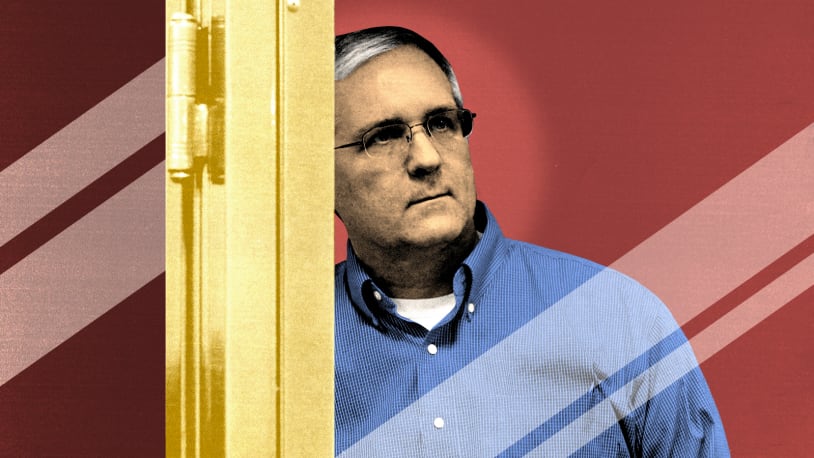 Who is Paul Whelan? | The Week

A U.S.-Russia prisoner swap of WNBA player Brittney Griner for convicted Russian arms dealer Viktor Bout has put a renewed spotlight on Paul Whelan, another American detained by the Kremlin. U.S. officials say that despite their best efforts, they haven’t been able to secure his release. Is Whelan’s conviction for alleged espionage making negotiations more difficult? Here’s everything you need to know:

Who is Paul Whelan?

Paul Whelan, 52, is a U.S. citizen who has been detained in Russia on espionage charges for the past four years. Whelan, a former U.S. Marine, also has citizenship in Ireland, Britain, and Canada. He worked in law enforcement before and after his military service. At the time of his arrest, Whelan was working as the director of global security for BorgWarner, an auto parts supplier based in Michigan.

Whelan served in the Marine Corps Reserve from 1994 to 2008. While serving in the Marines, he did two deployments to Iraq and rose to the rank of staff sergeant. He worked as an administrative clerk and chief before being discharged in 2008 for bad conduct. The Marine Corps found him guilty of multiple charges, including attempting to steal $10,000 from the U.S. government while deployed to Iraq in 2006, according to records obtained by The Washington Post.

Whelan’s family says he first visited Russia while stationed in Iraq and returned to visit the country often over the past few years. Several of Whelan’s Russian acquaintances described him as a friendly man with a great appreciation for Russia and a basic command of their language, per the Post.

In an op-ed for the Post, Paul’s twin brother David Whelan described him as a “kind and considerate brother, son, and uncle, and a generous and loyal friend.” Whelan’s family has maintained his innocence since the beginning of his ordeal.

Why was Whelan detained in Russia?

Whelan was arrested by Russia’s Federal Security Service, or FSB, at a Moscow hotel on Dec. 28, 2018. The FSB claimed he was carrying out “an espionage operation,” which resulted in his arrest. Whelan’s brother David said Whelan was in Moscow for the wedding of a fellow Marine. The morning of the wedding, Whelan gave the couple a tour of the Kremlin, but they stopped hearing from him before the ceremony. He was arrested after allegedly receiving a USB drive containing “state secrets” while in Moscow. Whelen said he thought the drive held an acquaintance’s vacation photos.

The FSB did not confirm that Whelan was in their custody until days after his arrest. Jon Huntsman, the U.S. ambassador to Russia at the time, was able to visit Whelan in detention nearly a week after his initial arrest. A U.S. government representative was supposed to have been able to see him within 72 hours of his arrest, but the meeting was delayed.

Whelan’s arrest came weeks after accused Russian spy Maria Butina pleaded guilty in U.S. federal court to charges of influencing U.S. relations with Russia before and after the 2016 presidential election. Some people have speculated that Whelan’s arrest might have been in retaliation for Butina’s conviction.

Samantha Vinograd, a national security analyst who served on former President Obama’s National Security Council, told CNN, “Putin certainly likes to take what he calls reciprocal measures, and in this case, ostensibly he would want to have some kind of bargaining chip if he chooses to try to negotiate for Maria Butina’s release.”

In 2020, Whelan was convicted of espionage charges and sentenced to 16 years in a Russian prison. He was originally held in Correctional Colony No. 18 in the Mordovia region shortly after his conviction. He was later moved to high-security prison IK-17, also in Mordovia but located an eight hours drive southeast of Moscow.

Why hasn’t Whelan been released in a prisoner swap?

U.S. officials consider Whelan a political prisoner and insist they have been diligent in trying to negotiate his release, but so far nothing has panned out. Considering the fact that the White House has successfully secured the release of two other prisoners this year, many are asking why Whelan keeps getting left behind.

“I was arrested for a crime that never occurred,” Whelan said in a recent interview for CNN. “I don’t understand why I’m still sitting here.”

In April 2022, the U.S. was able to secure the release of Trevor Reed, another former Marine who was serving nine years for assaulting a Russian police officer. Russia released Reed in exchange for the U.S. release of convicted Russian drug trafficker Konstantin Yaroshensko. “We won’t stop until Paul Whelan and others join Trevor in the loving arms of family and friends,” Biden promised at the time.

In July, Secretary of State Antony Blinken announced that the U.S. had submitted a proposal to Russian authorities for WNBA player Brittney Griner and Whelan’s joint release. The proposal included a proposed swap for convicted Russian arms dealer Viktor Bout, who was serving a 25-year sentence in the U.S. However, the Russians rejected that proposal, leaving the White House to continue negotiations over the past five months.

On Thursday, the U.S. announced they had reached an agreement to secure Griner’s release, but they could not do the same for Whelan. Biden said, “This was not a choice of which American to bring home. Sadly, for totally illegitimate reasons, Russia is treating Paul’s case differently than Brittney’s.” Whelan was told that because he was accused of spying on Russia, “they’ve put me at a level higher than what they did with Trevor [Reed] and Brittney,” per his statement to CNN.

How are people reacting?

Though heartbroken, the Whelan family said they were prepared for the news that negotiations to release him failed. In a statement emailed to the media, Whelan’s brother said, “The Biden administration made the right decision to bring Ms. Griner home and to make the deal that was possible, rather than waiting for one that wasn’t going to happen.” Other people did not react as well to the news that Whelan would remain in prison. Some members of Congress expressed their disappointment in the Biden administration because Whelan was left out of another prisoner swap.

House Minority Leader Kevin McCarthy (R) called the trade for Bout “a gift to Vladimir Putin,” and admonished Biden for endangering American lives. McCarthy added, “Leaving Paul Whelan behind for this is unconscionable.” Similarly, Sen. Rick Scott (R-Fla.) tweeted, “I’m glad Brittney is coming home … but what about U.S. Marine vet Paul Whelan? He’s still held by Putin in Russia. For Biden to give Putin a dangerous arms dealer — someone known as the ‘Merchant of Death’ — is weak & disgusting. Doing so while leaving Paul behind is unforgivable.”

Amid the criticism, some defended Biden, highlighting that the president is still working on getting Whelan home. Former Mike Pence aide Oliva Troye wrote, “The Whelan family has been gracious in their understanding of this and as Americans — we should be united in calling out Putin rather than attacking our own president.”

While he said he was happy for Griner, Whelan remains “greatly disappointed that more has not been done to secure my release.” He told CNN he “was led to believe that things were moving in the right direction and that the governments were negotiating and that something would happen fairly soon.”

A U.S.-Russia prisoner swap of WNBA player Brittney Griner for convicted Russian arms dealer Viktor Bout has put a renewed spotlight on Paul Whelan, another American detained by the Kremlin. U.S. officials say that despite their best efforts, they haven’t been able to secure his release. Is Whelan’s conviction for alleged espionage making negotiations more difficult?…

A U.S.-Russia prisoner swap of WNBA player Brittney Griner for convicted Russian arms dealer Viktor Bout has put a renewed spotlight on Paul Whelan, another American detained by the Kremlin. U.S. officials say that despite their best efforts, they haven’t been able to secure his release. Is Whelan’s conviction for alleged espionage making negotiations more difficult?…