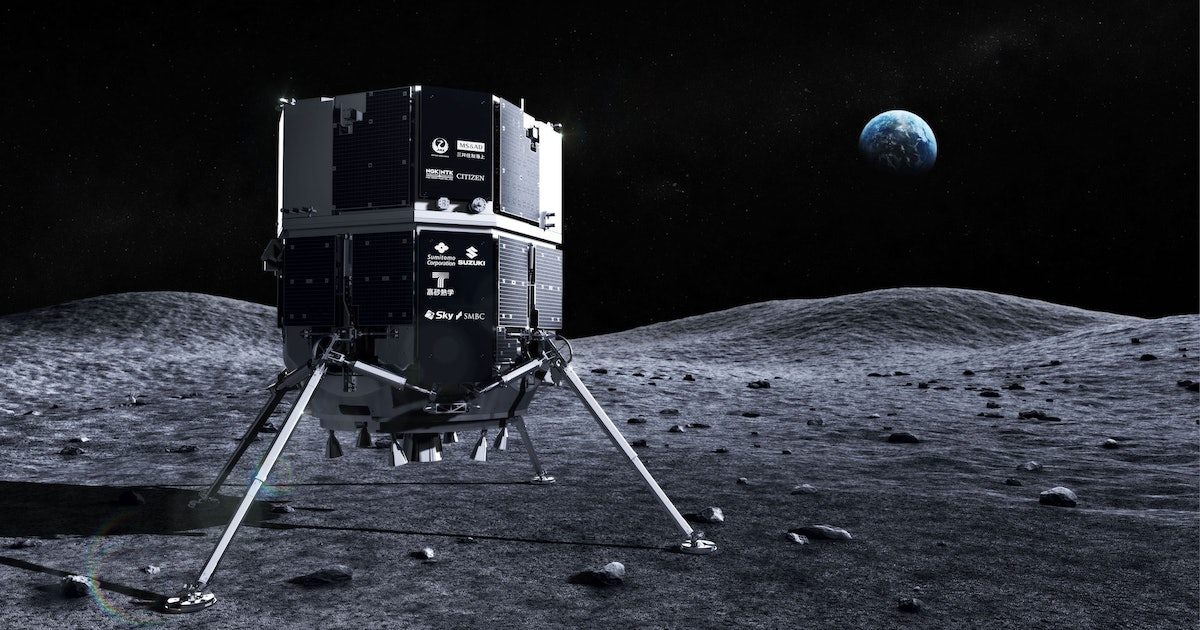 Mission details and how to watch the groundbreaking mission

If all goes well in the very early morning hours of Sunday, December 11, a SpaceX Falcon 9 rocket will launch from Cape Canaveral Space Force Station in Florida, carrying the first-ever privately led mission to land on the Moon’s surface.

The HAKUTO-R Mission 1 consists of a lander built by Japanese company iSpace and two robotic rovers built by the United Arab Emirates and the Japanese space agency. The rocket launch will also carry NASA’s Lunar Flashlight, a small satellite the space agency will use to map water ice on the Lunar South Pole.

While the Lunar Flashlight is an interesting mission in its own right, it is the HAKUTO-R mission that is the potential history maker. A successful landing would mark the first successful commercial delivery of payloads to the Moon, and could herald an expansion of the commercial space industry from launch and near-Earth orbit to the Moon and on into deep space.

Here’s what you need to know about Sunday’s launch.

When and how to watch the HAKUTO-R mission launch

The HAKUTO-R mission is currently scheduled to launch no earlier than 2:38 a.m. Eastern, Sunday morning with live streaming coverage slated to begin about 15 minutes before the launch occurs.

So for those either up early enough or in a favorable time zone, a live stream of the mission will be available on the SpaceX YouTube channel.

What is the HAKUTO-R Mission?

HAKUTO-R consists of the M1 lander, designed and constructed by Tokyo-based company ispace, and the two rovers it carries as its payload.

The Rashid rover, built by the United Arab Emirates, is a fairly conventional wheeled rover design, and will study the lunar soil and the Moon’s very thin whisk of an atmosphere. The SORA-Q rover is an orthodox transformable ball or ovoid robot designed to make the body of the rover itself a wheel. It was developed by the Japanese space agency, Japan Aerospace Exploration Agency, or JAXA, and Takara-Tomy, the corporate descendent following a merger of the company that originally built the Transformer toys of the 1980s.

The HAKUTO-R mission will separate from its Falcon 9 launch vehicle about 45 minutes after launch on Sunday, and from there take its time traveling to the Moon, spending a month in deep space and about two weeks in orbit before attempting a soft landing. The lander is slated to touch down inside the Atlas crater on the Northeastern region of the Moon sometime in March 2023.

Why does the HAKUTO-R mission matter?

First, it would allow Japan and the UAE to join the United States, the former Soviet Union, and China as the only nations that have successfully landed a craft on the lunar surface.

Second, it would mark the first all-private Moon landing, with everything from launch to the landing conducted with privately built vehicles. All past lunar landings have been conducted by government space programs, while private attempts have failed. An Israeli non-profit group’s attempt to land its Beresheet spacecraft on the Moon in 2019 failed due to an engine flaw that led the vehicle to crash on the lunar surface.

And while not necessarily historic, a successful landing would act as a proof of concept for commercial space companies interested in expanding beyond low-Earth orbit or launch services. On the company’s website, Ispace describes aiming to create an Earth-Moon economy and ecosystem.

What’s next? — The HAKUTO-R mission concept got its start in 2013, was the company competed for cash awards in the Google Lunar X Prize competition, which challenged private companies to deliver a robot to the lunar surface, drive it 500 feet, and return images to Earth by late 2018 in order to win a $20 million prize. No one won the contest, though the then-named HAKUTO team — the “R” stands for “reboot” — received a $500,000 milestone award for their progress in 2015.

Ispace is continuing with the mission framework from the X Prize competition, and the company intends to launch a second mission in 2024 that will carry a privately made rover as well.

Both Astrobotic and Intuitive Machines were selected by NASA to develop lunar landers as part of the space agency’s Commercial Lunar Payload Services program, which aims to award contracts to private companies to fly cargo to the Moon in the same way NASA’s Commercial Crew and Cargo program pays SpaceX, and soon, Boeing, to fly crew and cargo to and from the International Space Station.

If all goes well in the very early morning hours of Sunday, December 11, a SpaceX Falcon 9 rocket will launch from Cape Canaveral Space Force Station in Florida, carrying the first-ever privately led mission to land on the Moon’s surface. The HAKUTO-R Mission 1 consists of a lander built by Japanese company iSpace and…

If all goes well in the very early morning hours of Sunday, December 11, a SpaceX Falcon 9 rocket will launch from Cape Canaveral Space Force Station in Florida, carrying the first-ever privately led mission to land on the Moon’s surface. The HAKUTO-R Mission 1 consists of a lander built by Japanese company iSpace and…