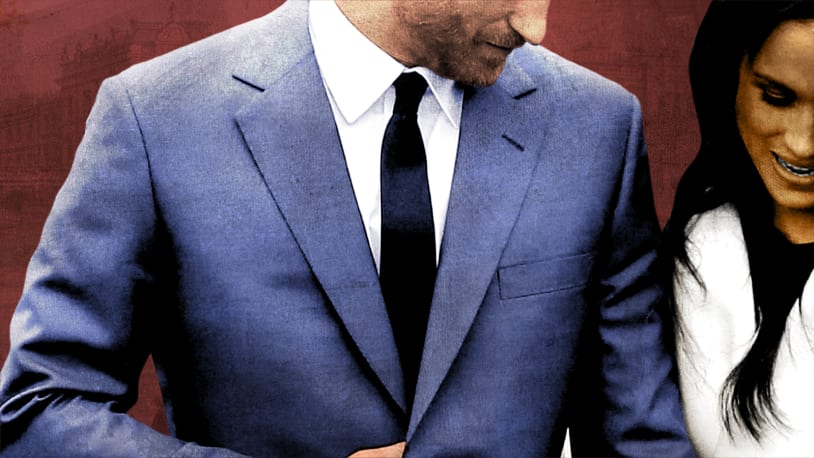 The first three episodes of Netflix’s highly anticipated documentary about Prince Harry and Meghan Markle, Harry & Meghan, were released Dec. 8. Here are the biggest revelations from the series so far:

Much of the first episode of Harry & Meghan focuses on the start of their relationship, and it reveals they met thanks to Instagram.

“I was scrolling through my feed and someone who was a friend had this video of the two of them, like a Snapchat [of Meghan] with [a] doggy ears [filter],” Harry explains. “That was the first thing. I was like, ‘Who is that?'”

The friend, Meghan says, emailed her saying that a “friend of mine asked about you” and “maybe you’d like to meet him.” Meghan then asked if she could see Harry’s Instagram feed.

“So that’s the thing,” Meghan says. “When people say, ‘Did you Google him?’ No, but that’s your homework. You’re like, ‘Hm, look, let me see what they’re about in their feed. Not what someone else says about them, but what they are putting out about themselves.'”

Harry was late for their first date

Harry and Meghan say they got each other’s numbers and were “constantly in touch” until they met in London and got drinks while she was there for Wimbledon.

“You were late!” Meghan tells Harry. “And I couldn’t understand why he would be late.”

Harry was apparently texting Meghan the whole time apologizing that he was stuck in traffic, but Meghan initially wasn’t sure if he was making her wait intentionally. But then, “when I walked in a hot, sweaty, red ball of mess, she was like, ‘Oh, that’s not what you are,'” Harry adds, noting he was “panicking” and “freaking out.”

The Netflix documentary reveals the first ever on-camera interview with Meghan’s mother, Doria Ragland, who provides commentary throughout the second and third episodes.

“The last five years has been challenging,” Ragland says. “I’m ready to have my voice heard.”

Ragland speaks out about her ex-husband, Thomas Markle, staging photos to sell to the paparazzi in 2018, saying she was “stunned” he would “become part of this circus.”

Ragland also says she regrets not having a “real conversation” with Meghan when she was growing up about “how the world sees you” because she is mixed race, and Meghan says that before she came to the U.K., “most people didn’t treat me like a Black woman.” But Ragland recalls telling Meghan, after her relationship with Harry became public, “This is about race. … You may not want to hear it, but this is what’s coming down the pike.”

Ragland describes Meghan as a “very empathic child,” who once told her she felt like her “older, controlling sister” rather than her mother.

A major focus of the first three episodes of Meghan & Harry is the intrusive nature of the paparazzi in the couple’s lives. At one point, Meghan describes how it “felt like all of the U.K. media descended upon Toronto” after her relationship with Harry was revealed, and her house was “surrounded” by “men sitting in their cars all the time” waiting for her.

Meghan claims “they had paid certain neighbors to put a live stream camera into my backyard,” though she doesn’t provide details.

Meghan also recalls going to the police in Toronto and saying that “if any other woman” told them she has “six grown men who are sleeping in their cars around my house and following me everywhere,” this would be called “stalking.” But she claims police told her, “Yes, but there’s really nothing we can do because of who you’re dating.”

Meghan describes a jarring first meeting with Prince William and Kate Middleton in the second episode of the Netflix series.

They came over for dinner, Meghan recounts, and “I was in ripped jeans and I was barefoot.” She recalls going in for a hug because “I’m a hugger,” only to realize “that is really jarring for a lot of Brits.”

“I started to understand very quickly that the formality on the outside carried through on the inside,” she says, noting this was “surprising to me.”

Harry says that while the royal family was “incredibly impressed” when they met Meghan, they also thought the relationship was fleeting.

Meghan chimes in that “funnily enough,” the “actress thing was the biggest problem” because it was “easy for them” to “typecast” her based on their perceptions of Hollywood.

When asked about their 2017 BBC interview about their engagement, Meghan immediately shoots back, “Orchestrated reality show, yep.”

It “was rehearsed,” she continues, including in the sense that she was told ahead of time about how “there’ll be a moment when they’ll want to see the ring, so show the ring.” But until now, she claims, “We weren’t allowed to tell our story because they didn’t want [us to].”

Harry lays into British tabloids all throughout the Netflix documentary, but perhaps his most pointed comments come in the third episode. Meghan asks if “people can just call themselves royal experts” in the media, and Harry opines that “anyone can be a royal expert,” a title that’s intended to “lend legitimacy” to news articles.

“That press pack of royal correspondents is essentially just an extended PR arm of the royal family,” he alleges. “So it’s been an agreement that’s been there for over 30 years.”

Meghan speaks out against her estranged sister

In the third episode, Meghan discusses her relationship with her estranged half-sister Samantha Markle, who slammed her in the tabloids and wrote a tell-all book titled The Diary of Princess Pushy’s Sister Part 1.

Calling Samantha “my half-sister who I hadn’t seen for over a decade, and that was only for a day-and-a-half,” Meghan says, “I don’t know [her] middle name. I don’t know [her] birthday.” She also says she and Samantha never had a “fallout” because “we didn’t have a closeness to be able to have that.”

Meghan did, however, develop a close relationship with Samantha’s daughter, Ashleigh. She appears in the Harry & Meghan documentary, and Meghan says they “hit it off,” while Ashleigh describes Meghan as a sister and best friend. Ashleigh suggests there was “resentment” toward Meghan on her mother’s part.

But in the third episode, Ashleigh notes that communication between her and Meghan eventually became “less and less frequent,” and Meghan claims she was given “guidance” not to invite Ashleigh to the royal wedding because “how do we explain that this half-sister isn’t invited to the wedding but that the half-sister’s daughter is?”

Meghan calls this “painful,” while Ashleigh says she was “hurt” but “understood where it was coming from.” But Ashleigh chokes up saying it’s “hard” that because of her mother, this “important” relationship with Meghan was “taken away.”

While discussing his own unconscious biases when it comes to race, Harry addresses wearing a Nazi uniform to a party in 2005, when he was 20.

“It was one of the biggest mistakes of my life,” he says. “I felt so ashamed afterwards. All I wanted to do was make it right.” He continues that while he could have ignored the controversy and “made the same mistakes over and over again in my life,” he instead “learned from that.”

The end of the third episode delves into Meghan’s falling out with her father, Thomas Markle, and allegations that he staged photos to sell to the paparazzi. (He later admitted this was true.)

Meghan says she confronted her father about this, and though he denied the claims, she didn’t believe him. Later, TMZ reported that Thomas wouldn’t be attending Harry and Meghan’s wedding after suffering a heart attack, and Meghan says she found this out through the media. While trying to get in touch with her father, Meghan says she suspected his phone was “compromised” after getting “really weird” texts that didn’t seem to be written by him. “That’s not my dad,” she recalls thinking.

Ultimately, Harry concludes that Meghan “had a father before this, and now she doesn’t have a father,” and he blames himself. “If Meg wasn’t with me, then her dad would still be her dad.”

This first part of the documentary ends before the royal wedding, leaving plenty of drama, including Harry and Meghan’s allegations of racism in the royal family, left to cover in part two. The next three episodes debut on Dec. 15.