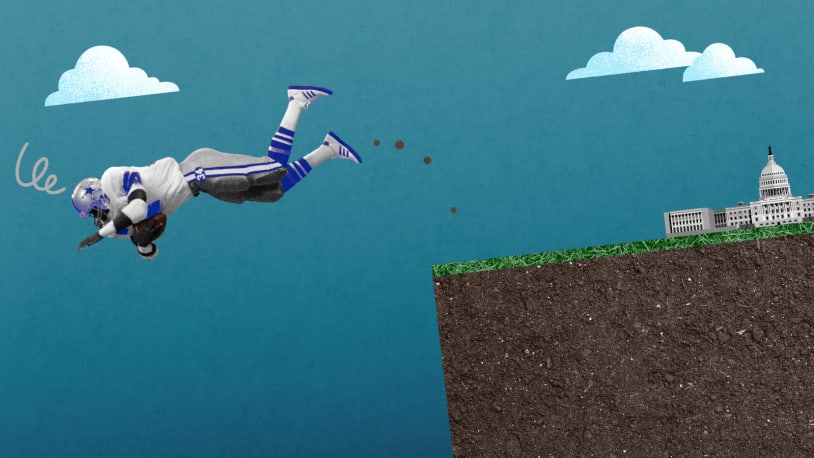 On Tuesday evening, incumbent Sen. Raphael Warnock (D-Ga.) narrowly beat back sports superstar-turned-MAGA-candidate Herschel Walker in a special election to settle the final Senate race of the 2022 midterm elections. Warnock’s win culminates his fourth campaign in just two years thanks to Georgia’s runoff election rules, and not only guarantees the Democrats a 51 seat-majority in the Senate, but has given the relatively demure lawmaker a national profile as a rising star within the party and a model for how to run blue races in red states. Conservatives, meanwhile, have already begun the inevitable process of finger-pointing and blame-laying as they grapple with the reality of their diminished Senate clout in a year where, historically, the party should have notched significant electoral victories.

Warnock’s victory and Walker’s loss were by no means sure things — particularly in an election cycle defined by ahistorical trends and oversized candidate personalities. Nevertheless, as the full picture of this final 2022 midterm runoff race comes into sharper focus, a number of prevailing factors in the political fortunes of both men seem clear.

Was Walker the best candidate for the job?

Put simply: no. While on paper Walker — a celebrated NCAA, NFL, and Olympic athlete turned businessman — may have at first appeared to be a perfect native son candidate in Georgia, some GOP insiders had long worried that his history of mental illness, violence, and questionable financial dealings presented too much of a risk to take in a race they’d barely lost the previous election cycle.

What Walker did have, however, was the enthusiastic backing of former President Donald Trump, whose influence over the GOP elevated not just Walker but a host of vulnerable Republican candidates across the country. With the primary field essentially swept clean for Walker by Trump’s endorsement, Republicans found themselves shackled to a general election candidate with not only a cascading batch of increasingly fraught skeletons bursting from his closet, but a penchant for bizarre campaign rhetoric as well.

While Walker’s many campaign failings certainly appear to have contributed to his ultimate electoral loss, it’s crucial to note that he nevertheless garnered nearly 49 percent of the votes on Tuesday, with the party base telegraphing their intent to stick with the candidate for months ahead of the election, despite his various scandals and missteps.

What did the Warnock campaign do right?

While Walker may have dramatically underperformed in a race ostensibly favorable to Republicans in a red state in what was thought to be a red-leaning year, Sen. Raphael Warnock took full advantage of the unique dynamics at play and demonstrated why his 2021 victory against Sen. Kelly Loeffler (R-Ga.) — herself a significantly less personally vulnerable candidate than Walker — was not a fluke.

In no small part, Warnock’s re-election was the work of an army of paid operatives (900 within his campaign alone) and a constellation of left-leaning groups and volunteers who executed a massive get-out-the-vote campaign — bolstered by an enormous influx of campaign donations, and building off the network honed by activists like Stacy Abrams over the past several years to counterbalance Republican Gov. Brian Kemp’s tightened voter restrictions.

Crucially, Warnock’s campaign made a point to highlight the senator’s bipartisan appeal, using Republican voter testimonials during events and leaning heavily on bills he’d cosponsored with arch-conservatives like Sen. Marco Rubio (R-Fla.) and Ted Cruz (R-Texas). “Creating a permission structure for soft Republicans, swing voters, and independents to support Rev. Warnock was key to our strategy, and why we highlighted things like working with Ted Cruz or standing up for peanut farmers,” deputy campaign manager Rachel Petri told NBC. “This was more than about Democrat versus Republican, it was trying to make this a decision between two specific candidates.” The strategy appears to have been successful, particularly in suburban and exurban communities where the party now sees a toehold to expand its voting base beyond dense urban centers.

What did the GOP do wrong (or at least not do right)?

While national Democrats were quick to coalesce around their incumbent candidate, GOP anxieties over Walker both before and during his campaign sent decidedly mixed messages to swing voters looking for reassurance over their candidate choice. Just days before polls closed for the runoff race, Georgia’s outgoing Republican Lt. Gov. Geoff Duncan declared Walker “one of the worst Republican candidates in our party’s history” and pointed to the broader dynamic of Trump-picked candidates whose associations with the former president have proven toxic to swing voters.

Similarly, Trump’s decision to jump into the GOP presidential primary race before the Georgia runoff had been decided, coupled with the Democrats’ having already locked in a Senate majority irrespective of who won in the state, may have significantly dampened Walker’s chances; no longer was his race the “must win” campaign to decide the fate of the Senate, and Trump’s own declaration only served to inject himself back into the national headlines at a time when, as one GOP strategist told FOX News, “Walker’s campaign needs to be the priority and focus for our party.”

Perhaps most crucially, in the waning days of the runoff race, at a time when the Walker campaign was desperately pleading for cash to take them over the finish line, a number of prominent national Republicans — including Trump himself — began treating his cause as a means for their own fundraising and data harvesting operations. “People who want Herschel to win should give directly to Team Herschel,” Rep. Austin Scott (R-Ga.) lamented in November. “These other organizations are using this race to capture data and donors for themselves, while Democrats are sending hundreds of millions to Warnock.”

GOP Gov. Brian Kemp, who kept his distance from Walker in the lead-up to the general election, did finally throw his support behind the candidate during the runoff, campaigning with him for the first time on Nov. 19 to tell voters “we cannot rest on our laurels” as well as reportedly giving the Walker campaign access to his own statewide political network. However, robbed of Kemp’s up-ticket clout, the “split ticket” margin Walker felt during the general campaign was only exacerbated in the runoff race where he stood alone.

While some pundits have speculated that Walker’s loss will only exacerbate the existing intraparty friction within a Republican Party still grappling with how best to accommodate Trump and his series of electoral defeats, the former president himself seems — for now — unlikely to cede his grip on the GOP. While Trump has yet to address Walker’s loss directly, one of his first Truth Social messages shared after polls closed on Tuesday was the simple declaration that “OUR COUNTRY IS IN BIG TROUBLE. WHAT A MESS!”

On Tuesday evening, incumbent Sen. Raphael Warnock (D-Ga.) narrowly beat back sports superstar-turned-MAGA-candidate Herschel Walker in a special election to settle the final Senate race of the 2022 midterm elections. Warnock’s win culminates his fourth campaign in just two years thanks to Georgia’s runoff election rules, and not only guarantees the Democrats a 51 seat-majority in the Senate,…

On Tuesday evening, incumbent Sen. Raphael Warnock (D-Ga.) narrowly beat back sports superstar-turned-MAGA-candidate Herschel Walker in a special election to settle the final Senate race of the 2022 midterm elections. Warnock’s win culminates his fourth campaign in just two years thanks to Georgia’s runoff election rules, and not only guarantees the Democrats a 51 seat-majority in the Senate,…

Mitch McConnell criticizes Trump’s calls to suspend Constitution, one of few Republicans to do so