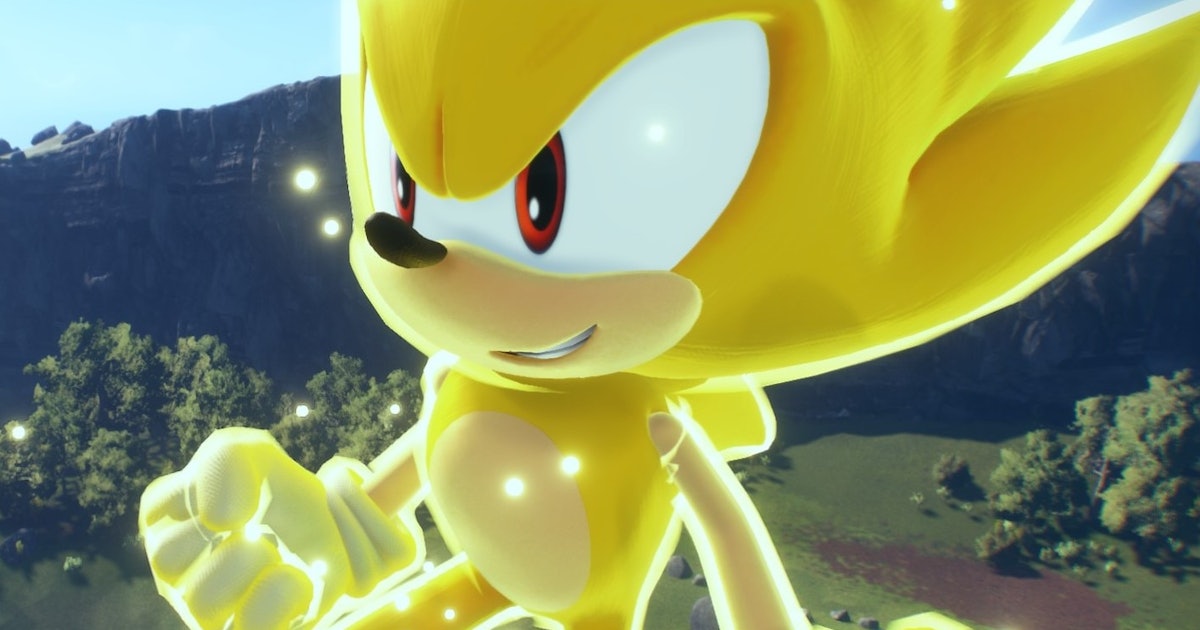 Thanks to the latest Game Awards drama, no one will know which game wins the Players’ Voice award until the night of the ceremony. Sonic Frontiers and Genshin Impact were neck-and-neck for the past few days until Round 3 of voting set off an unhinged chain reaction from overly passionate fans.

We like to joke about how unhinged fandoms like Kingdom Hearts and Shin Megami Tensei can be, but this takes things to a whole new level. Sonic and Genshin fans really said “hold my beer” for this round.

The Game Awards includes a Players’ Voice category so that the public can vote for their favorite game of the year. It has three rounds, each of which gets smaller as the voting progresses. Round 1 started with a long list including the likes of Elden Ring, God of War Ragnarok, and Horizon Forbidden West. However, despite these mega hits in the lineup, it ended as a heated rivalry between Genshin Impact and Sonic Frontiers players.

Some were confused about how this could even happen, considering the popularity of the other nominees. A few commenters pointed out that it could be because of a glitch in the Game Awards voting website that prevented fans from voting for their favorite games.

That doesn’t change the fact that it’s Sonic versus Genshin now — and maybe it was all along.

The fluctuating vote percentages sparked a debate between the two fandoms as accusations began to fly and various attempts were made to garner votes in unsavory ways.

Sonic fans alleged that the Genshin community was being bribed with Primogems — an in-game currency that lets players pull for new characters and weapons. The bribery isn’t an unfounded accusation, considering some players posted about voting in anticipation of these rewards. Genshin Impact developer HoYoverse offered fans 10 free Wishes to its players last year after Genshin Impact won Best Mobile Game of the Year. The company hasn’t confirmed it will give away any Wishes this year, but that hasn’t stopped fans from speculating. It doesn’t help that the latest Genshin Impact update stars the long-awaited character, Scaramouche.

Some resorted to racism against the Chinese and called Genshin fans “pedos” in an attempt to draw votes away from the opposing party (perhaps because there’s often a lot of interest in the ages of various characters that are all but certainly underage). One fan caught in the crossfire received a flood of insults and even DMs to self-harm because they suggested respecting the opposing party’s opinions.

Meanwhile, others have taken the approach of “the enemy of my enemy is my friend.” The Make Up A Souls Guy account has endorsed Sonic Frontiers in an effort to overtake Genshin Impact. They aren’t the only one that has expressed they would rather have any other game win than Genshin, either.

TGA founder Geoff Keighley even had to address the conflict during a Reddit AMA. One Redditor asked him what The Game Awards were going to do about the “obvious vote bribery and botting.”

“I don’t know it’s bots,” wrote Keighley. “I think it’s fan bases activating to support a game, or a game promoting its nomination to its fan base. This is part of the reason we don’t have 100% fan voting in the main categories. It tends to be which companies promote their nominations and which fan bases activate the drive the voting.” Still, he told the fan that he and his team would be “looking into this now.”

Since the drama peaked, the Sonic the Hedgehog subreddit was forced to remove any discussion from The Game Awards. The Game Awards also started hiding the results so that players can no longer peck at each other over current leads.

This is why we can’t have nice things. Now we’ll have to wait until December 8 to find out who won Players’ Voice.

Thanks to the latest Game Awards drama, no one will know which game wins the Players’ Voice award until the night of the ceremony. Sonic Frontiers and Genshin Impact were neck-and-neck for the past few days until Round 3 of voting set off an unhinged chain reaction from overly passionate fans. We like to joke…

Thanks to the latest Game Awards drama, no one will know which game wins the Players’ Voice award until the night of the ceremony. Sonic Frontiers and Genshin Impact were neck-and-neck for the past few days until Round 3 of voting set off an unhinged chain reaction from overly passionate fans. We like to joke…

12 cards to help you defeat any enemy