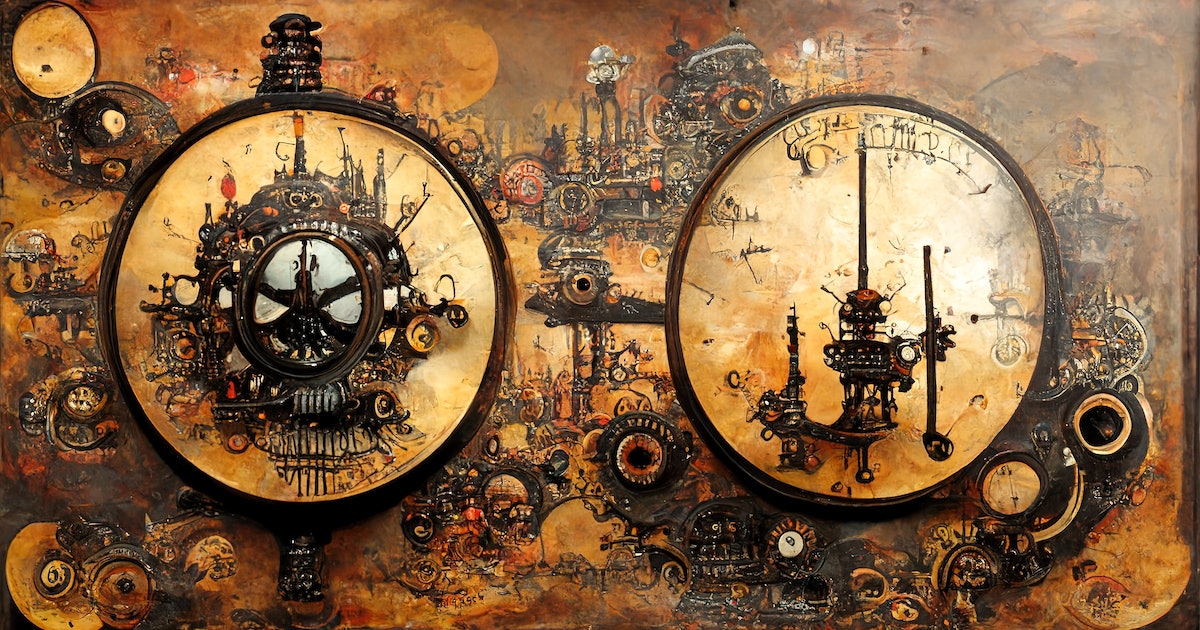 15 years ago, a forgotten steampunk epic was killed by controversy

When The Hunger Games celebrated its 10th anniversary this year, websites were quick to debate whether the movies held up, or were still shocking, or still delivered a relevant message. Few retrospectives discussed what was arguably the franchise’s biggest pop culture impact: The glut of young adult dystopias the blockbuster left in its wake.

Maybe that’s because we just don’t care about them anymore. The Maze Runner, Divergent, Mortal Engines, The Host, The Giver, Ender’s Game … many were called for by movie studios, but few were chosen by critics. A couple franchises managed to drag themselves across the trilogy finish line, but these increasingly derivative and joyless slogs soon sank beneath the pop culture waves.

The My First Dystopia trend was mocked, but one movie that might have benefited from the fad was The Golden Compass, whose 2007 release instead tried to grab the coattails of Harry Potter and Frodo to present itself as a family-friendly fantasy. The story — first told in Philip Pullman’s 1995 novel of the same name, which opens a trilogy — is no trite dystopia. But the movie’s attempt to tone down its darker and more controversial elements for a pre-Hunger Games viewership engendered only controversy and mediocrity.

The world of The Golden Compass is a steampunky, existentially confusing twist on ours. Everyone is accompanied by a daemon, a sentient, shapeshifting animal who eventually settles into a single form representative of their post-pubescent human. Essentially furry souls, daemons seem to have something to do with Dust, a mysterious particle that can barely be discussed, let alone researched, thanks to a proscription from the Magisterium, a pseudo-Catholic Church in a reality that never enjoyed the benefits of the Reformation.

We see this world through the eyes of 12-year-old Lyra, a rowdy orphan being raised by the scholars of Oxford. Already worried about a rash of child kidnappings, Lyra saves her uncle, Lord Asriel, from a Magisterium poisoner after he returns from a Dust investigation at the North Pole. The adventure that follows sees Lyra meet witches, a Texan airship captain, and a society of armored polar bears.

It’s a ripping steampunk yarn, but it’s not without its contentious (and challenging to film) moments. Lyra’s polar bear pal eats the heart of a rival. The existence of alternate universes is revealed, but the discovery is soured by a brutal betrayal and the murder of Lyra’s best friend. And then there are the ersatz Catholics, who don’t come off well amid the book’s critique of religion and authority.

The 2007 film, the product of five years of troubled development, excised all those tricky details. The shocking sequel tease became a generic happy ending, and the Magisterium became so bland they might as well have been called The Bad Guys. These half-measures didn’t save The Golden Compass from pre-release criticism, with conservative Catholic groups calling for a boycott and secular critics complaining about the watered-down message. Some religious commentators defended the beleaguered film, but when the Vatican’s newspaper is calling your project “sad, cold and inhumane” you’re making headlines for the wrong reason.

L’Osservatore Romano also took the opportunity to crow about The Golden Compass’ poor opening weekend. The box office underperformance was credited to boycotts, but may have had more to do with middling reviews and a vague marketing campaign so desperate to invoke old glories that the movie’s trailer brags, “In 2001, New Line Cinema opened the door to Middle-Earth” rather than display the eye-catching daemons.

Could a Golden Compass released in the wake of The Hunger Games have attracted stronger reviews, and an audience less inclined to treat Bill Donohue as a credible film critic? Maybe. In the wrong hands, a thoughtful critique of religious authority can become a tedious r/atheism screed. But a movie unafraid to rip a bear’s jaw off and tease a sequel by murdering one of its child heroes certainly would have been memorable.

While the world of 2007 wasn’t ready for The Golden Compass, the world of 2019 was almost indifferent to it. The BBC and HBO launched the first season of His Dark Materials, which adapted Pullman’s book at a more leisurely pace, to positive reviews, little drama, and no comment from the Vatican. Its third and final season will close the trilogy shortly after Christmas, 15 years after The Golden Compass was accused of being “the most anti-Christmas film possible.”

It’s a solid show, but just one of many sci-fi and fantasy streaming series demanding your time. Forget theology; the real miracle is that it managed to survive in a top-heavy franchise landscape. In a sign of how anodyne its message has become, the Jesuit America Magazine cheerfully shrugged off His Dark Materials’ religious critiques, instead worrying that Pullman’s ecological concerns had been erased.

His Dark Materials rendered The Golden Compass an afterthought, which is a shame given what it offers. The production design is scrumptious, and few novel adaptations have so impeccably cast its leads. Dakota Blue Richards launched her career as a compelling Lyra, Daniel Craig is an imperious Lord Asriel, Sam Elliott makes a far better Texan aeronaut than HBO’s aggressively miscast Lin-Manuel Miranda, and Nicole Kidman was such a pitch-perfect Mrs. Coulter that Pullman said he was wrong to write the scheming Magisterium agent as a brunette instead of a blonde.

The Golden Compass, if it’s remembered at all, is considered an underperformer that helped necessitate New Line Cinema’s absorption into the Warner Bros. Discovery blob. It’s no lost classic; it’s too breakneck and lore-bloated for that. But it was a fine first attempt to handle a difficult novel, a good effort at the wrong time. In the spirit of its source material, revisiting it today offers a peek into a parallel universe where the franchise succeeded in the theater instead of on television.

The Golden Compass is streaming on The Roku Channel.

When The Hunger Games celebrated its 10th anniversary this year, websites were quick to debate whether the movies held up, or were still shocking, or still delivered a relevant message. Few retrospectives discussed what was arguably the franchise’s biggest pop culture impact: The glut of young adult dystopias the blockbuster left in its wake. Maybe…

When The Hunger Games celebrated its 10th anniversary this year, websites were quick to debate whether the movies held up, or were still shocking, or still delivered a relevant message. Few retrospectives discussed what was arguably the franchise’s biggest pop culture impact: The glut of young adult dystopias the blockbuster left in its wake. Maybe…

No, there won’t be a “new” Indiana Jones — and that’s a good thing