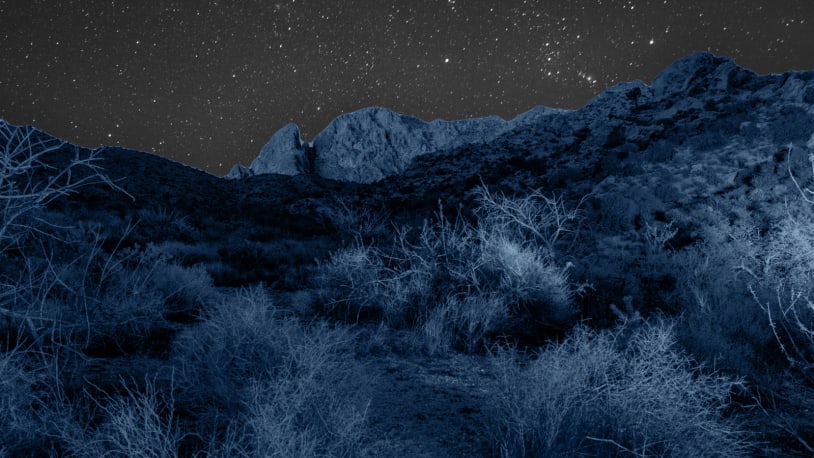 The movement to protect Spirit Mountain

President Biden announced that he will commit to protecting the area surrounding Avi Kwa Ame, or Nevada’s Spirit Mountain, under the 1906 Antiquities Act, an action that native tribes and environmental groups have long encouraged. Here’s everything you need to know:

What is Spirit Mountain?

Spirit Mountain, called Avi Kwa Ame in Mojave, is a sacred site of pilgrimage for a number of native tribes located in southern Nevada. The mountain and the surrounding area also serve as an important ecological connection between Arizona and California, and are home to a variety of wildlife.

Two decades ago, Spirit Mountain and 33,000 surrounding acres were protected by Congress, which deemed it as wilderness, but now the Biden administration is committing to protecting 450,000 acres in the region, reports The Washington Post. This would encompass almost all of the bottom of Nevada, preventing any development in the region.

How is the region going to be protected?

The region will be designated as a national monument under the Antiquities Act of 1906. The Avi Kwa Ame National Monument will also be the largest single land conservation action that Biden will likely take in this term.

The Antiquities Act was signed into law by President Theodore Roosevelt and was the first law that provided legal protection to historically and scientifically significant areas. It allows presidents to designate areas as national monuments without congressional approval, which is different from designating national parks or reserves. It also prevents development on said protected land. Since its passing, the law has been used over 150 times to designate various monuments across the country. The most recent national monument was the Camp Hale – Continental Divide in Colorado, confirmed in October 2022.

Why do people want the designation?

The mountain is considered “the source of life and place of origin for 10 Yuman-speaking tribes of the Mojave [region]” and is “sacred land to the Hopi and Chemehuevi Paiute people,” the Avi Kwa Ame promotional website explains. “There’s a spiritual connection that makes us Mojave people,” said the chair of the tribal council Tim Williams. “If it’s not protected, our generation will not have done our job.”

On top of its spiritual significance, the region is celebrated for its natural beauty and biodiversity. The national monument, which would include a significant portion of the Mojave Desert, is home to hundreds of plant and animal species, including Joshua trees, threatened desert tortoises, and golden eagles.

The monument would also link a number of already protected lands, including the Mojave National Preserve and Castle Mountains National Monument in California, the Sloan Canyon recreation area in Nevada, and the Lake Mead national recreation areas in Arizona. The cohesion is good for migratory animals like bighorn sheep, which will now have guaranteed protection all throughout their habitat, as well as other plants and animals endemic to the region. It would also improve recreation in the region for groups like hikers, likely increasing tourism to the region and benefiting gateway communities.

The push for expanding the region’s protections has been expedited by a wind power project that wants to develop on the proposed monument area and argues that it would only occupy 2 percent of the land. Renewable energy companies have an interest in partial access to the region, including the Kulning Wind Energy Project and solar energy firm Avantum, because of the strong wind currents and access to transmission infrastructure, The Washington Post writes.

“We see a path to common ground where a national monument and a best-in-class wind project can together provide for both cultural resource and open space protection while Nevada contributes to addressing the climate crisis with fossil-free, renewable power,” Lucas Ingvoldstad, director of business development and government affairs for Eolus North America, the group pursuing the wind farm, told E&E News. Building a wind farm on the land “could power tens of thousands of homes and businesses,” E&E News notes, and is in keeping with the “Biden administration’s objectives to address climate change.”

Indigenous and environmental groups believe that the development would harm and degrade the lands. “Every time we turn around, there’s a proposal to put in a wind farm or a solar project that would wipe this landscape out,” Nora McDowell, a former chairperson of the Fort Mojave Indian Tribe, told E&E News.

What would the outcome of the designation be?

The designation is a huge win for the Indigenous community. Biden announced his intention to protect the area at the White House’s first in-person Tribal Nations Summit, along with making a number of other promises to the community, reports Axios. The move is in an effort to include tribal nations in more conservation efforts. “Consultation has to be a two-way, nation-to-nation exchange of information,” said Biden at the event. “Federal agencies should strive to meet consensus among the tribes.”

Along with announcing his intention to designate the land, Biden also announced that he would be giving $135 million to help 11 Native communities relocate due to the effects of climate change. He also requested Congress make funding for the Indian Health Service a mandatory part of the budget.

The national monument also aligns with Biden’s America the Beautiful goal of conserving 30 percent of America’s lands and waters by 2030. “On my watch, we’re ushering in a new era and advancing a way for the federal government to work for tribal nations,” Biden said.

President Biden announced that he will commit to protecting the area surrounding Avi Kwa Ame, or Nevada’s Spirit Mountain, under the 1906 Antiquities Act, an action that native tribes and environmental groups have long encouraged. Here’s everything you need to know: What is Spirit Mountain? Spirit Mountain, called Avi Kwa Ame in Mojave, is a sacred…

President Biden announced that he will commit to protecting the area surrounding Avi Kwa Ame, or Nevada’s Spirit Mountain, under the 1906 Antiquities Act, an action that native tribes and environmental groups have long encouraged. Here’s everything you need to know: What is Spirit Mountain? Spirit Mountain, called Avi Kwa Ame in Mojave, is a sacred…

How cities and states are confronting the mental health crisis