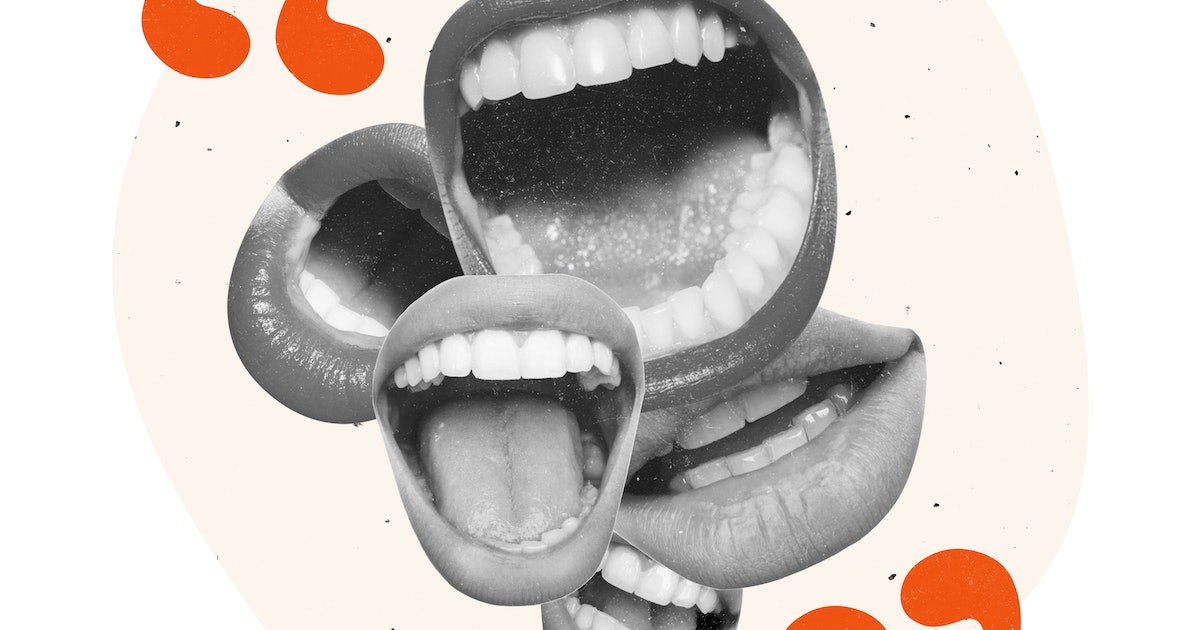 George Carlin’s “Incomplete List of Impolite Words” is a lush repository of English’s filthiest terms and euphemisms. The late comedian rattled off profanity so fast one hardly had time to cringe before he’d moved on to the next one.

Every language poses a beautiful range of cusses and insults, and while the sounds may change, the feeling behind them is universal.

But what phonemes and linguistic elements give a swear word that quintessential gut-punch feeling? A study published today in the journal Psychonomic Bulletin & Review offers findings on one particular commonality shared in curses from Arabic to Russian.

What’s new — Rather than present the perfect ingredients for a swear, this study identifies something that all swear words seem to lack. Across languages, swear words tend to exclude sounds like l, r, and w, known as approximants.

If you’re like me, then the first thing you did was scour your brain for exceptions to the rule (and “asshole” was the first one that came to mind, followed by “wanker”). This isn’t to say that swear words wholesale lack these phonemes, but statistically speaking, curses across different languages are less likely to contain approximants.

“Swearing is intrinsically interesting [and] holds some fascination for the public,” co-author Ryan McKay, a psychology professor at the University of London, tells Inverse. McKay grew up in Western Australia, a place where he says he was “exposed to lots of colorful language” and pondered what made bad words sound bad.

In March 2020, he and co-author Shiri Lev-Ari, a psychology lecturer at the University of London and expert in sound symbolism, set to work looking for the data behind bad words. Initially, they wondered about another phoneme called plosives, or consonants whose sounds stop airflow, such as k, t, d, p, and g. English swears are replete with plosives, but not so much in others, so they turned to participants from many language backgrounds for insight.

“We wanted to see what would the data tell us if we actually look at swear words without having any a priori predictions,” Lev-Ari tells Inverse. There was no evidence that plosives were overrepresented, but they also found that approximants are underrepresented.

On the other hand, sanitized versions of swears like “shoot” or “darn” are more likely to include approximants. “Our study had suggested that people tend to consider words with approximants to be unsuitable candidates for swearing,” McKay says. “So we then reason that maybe if they have this inoffensive quality, then they might be perfect for sanitizing words.”

Why it matters — While it’s titillating to examine the linguistic properties of bad words, McKay and Lev-Ari also see bigger ideas at play.

“The question is, does it also relate to how people perceive words?” Lev-Ari poses. “When we perceive words with those sounds, we actually perceive them differently. Is there really a reason about what approximants connote?”

Past research demonstrates that sounds matter. In 1929, German psychologist Wolfgang Köhler wrote in his book Gestalt psychology of the “bouba-kiki” paradigm. In this example, participants had seen two shapes: one more bulbous and cloud-like, and the other spiked. When asked to assign names to these shapes, viewers of vastly different language backgrounds were more likely to call the curvy shape “bouba” and the spiky one “kiki.”

Understanding these swears also has implications for understanding language’s evolution. Language evolved as a tool for humans to communicate as socializing and cooperating became superior to physical struggles. What’s more, cursing isn’t just like everyday speech. There’s research it comes from a far more primal part of ourselves and even aids in pain tolerance.

McKay and Lev-Ari refer to sounds that humans and non-human animals make. Sounds of aggravation or distress may encompass abrupt barks, abrasive screams, and screeches. When creatures are at ease, “they’ll emit softer cooing sounds,” McKay says. It’s possible that over millennia of language evolution, humans have come to associate linguistic sounds with involuntary primal sounds that come with different feelings.

Digging into the details — This conclusion came from two studies McKay and Lev-Ari conducted. In the initial study, they recruited native Arabic, German, Spanish, Chinese, French, and Finnish speakers. They tested participants’ “sweardar,” or ability to detect swears in other languages — including Tamil, Albanian, Vietnamese, and others. Participants had no indication of what language they were reading and hearing, and had to choose between one of two words presented as the swear.

In a second study, participants had to identify the sanitized version of a foreign swear word, using the same participating language groups. These clean versions, also called “minced oaths,” may be just one syllable different. Consistently, they chose the word containing approximants.

What’s next — McKay and Lev-Ari don’t know for sure why approximants come off as less offensive, and they say it only opens the door to more questions about why people perceive sounds in different ways. Beyond swearing, McKay wonders if particular sounds help humans achieve social goals. Are there phonemes that make a politician come off as particularly capable and trustworthy? Or a vocabulary of sounds that help children persuade their parents to give them more sugar?

“We’re interested in looking at what other sorts of pragmatic functions might be aided and abetted by different sounds,” McKay says. “Perhaps there are other social functions that the sounds of words might help, like cajoling or appeasing. Perhaps certain sounds might help you accomplish certain goals.” This question points to language’s larger role as a tool of influence and cooperation.

The study also made them think more deeply about how profanities enrich their lives.

When asked about some swears she’s partial to, Lev-Ari deemed some “actually unrepeatable.” In her native Hebrew, she realized that some terms “don’t make much sense and are quite weird.”

McKay, on the other hand, extolled an oldie-but-goodie. “‘Fuck’ is a good all-purpose swear word,” McKay tells Inverse. “It’s versatile. You can do all sorts of grammatical things with it, introduce it into the middle of words, ‘abso-fucking-lutely,’ for instance.”

George Carlin’s “Incomplete List of Impolite Words” is a lush repository of English’s filthiest terms and euphemisms. The late comedian rattled off profanity so fast one hardly had time to cringe before he’d moved on to the next one. Every language poses a beautiful range of cusses and insults, and while the sounds may change,…

George Carlin’s “Incomplete List of Impolite Words” is a lush repository of English’s filthiest terms and euphemisms. The late comedian rattled off profanity so fast one hardly had time to cringe before he’d moved on to the next one. Every language poses a beautiful range of cusses and insults, and while the sounds may change,…

Why is everyone getting sick right now? How Covid lockdowns may affect our immune systems