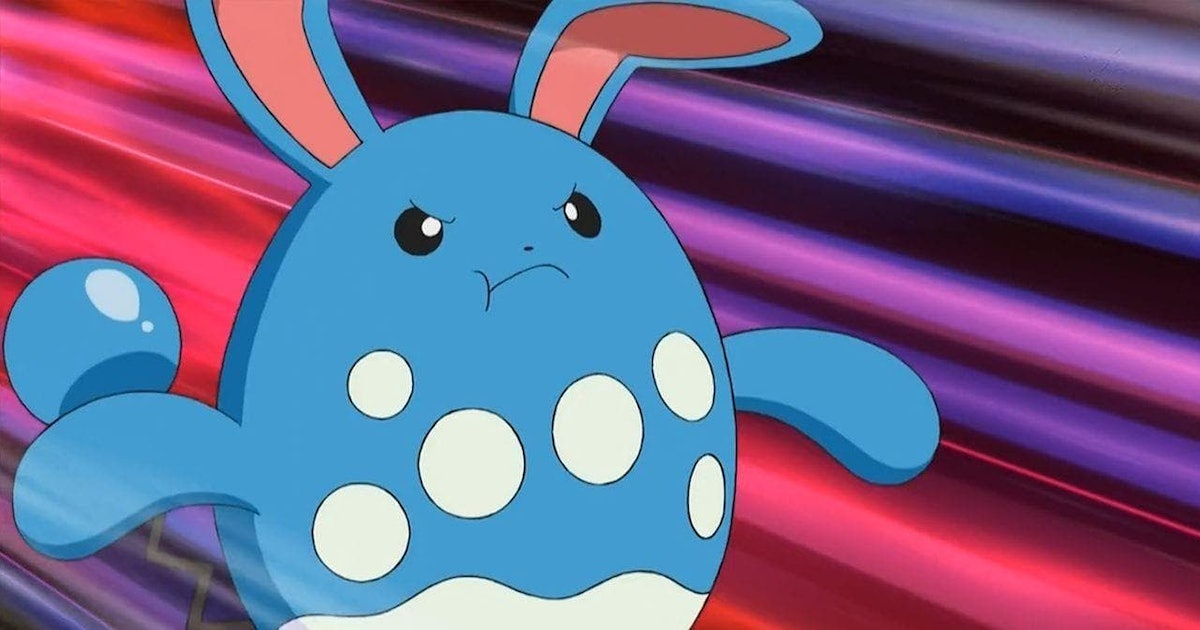 Long, long ago in a region of the world called Kanto, Pokémon trainers starting out their journey to become the very best had to make a crucial decision: Bulbasaur, Squirtle, or Charmander? All three starter Pokémon evolve into tremendously powerful monsters, but thanks to one particularly grumpy Charizard (a fully evolved Charmander) prominently featured in the Pokémon anime, the Fire/Flying dragon-looking beast remains one of the most beloved. And now, thanks to a special Tera Raid event happening in the new Pokémon Scarlet and Violet games, trainers who’ve reached the post-game can duke it out with an “Unrivaled Charizard” to earn some sweet rewards — including capturing the Charizard in question.

Tera Raids against terastallized crystal Pokémon happen throughout Scarlet and Violet when you encounter a crystal formation in the wilds of Paldea, but back in early November, Nintendo announced special “Black Crystal Tera Raid Battle” events. The very first one featured Eevee, and a round featuring this Charizard already happened in early December. But another chance at the elusive and “Unrivaled” Charizard is coming.

The first Black Crystal Raid featuring Charizard ran from December 1 to December 4, 2022. But it’s coming back later in the month during the following dates and times:

The Unrivaled Charizard is technically dubbed “Charizard the Unrivaled” due to its “Mightiest Mark,” which essentially functions like a permanent badge indicating that it was captured in one of these seven-star Tera Raid Battles.

If caught, it’ll be Level 100 (the max) with max base stats that emphasize Speed and Special Attack. It also always has the Modest nature, a perfect choice for any Charizard as it boosts Special Attack and decreases Attack. Because Charizard is Fire/Flying-type, most of its best moves will be Special Attacks anyway. When terastallized, this Charizard’s Tera type becomes Dragon.

This Charizard also comes with the quite rare Solar Power hidden ability, which is only available to Charmander, Charmeleion, Charizard, Helioptile, and Heleolisk — essentially only Charmander, Helioptile, and their evolutions. Solar Power boosts the Special Attack of the Pokémon by 50 percent when in Sunny weather but decreases its HP by 12.5 percent at the end of each turn. The Sunny weather condition already boosts all Fire attacks by 50 percent. And, the same-type attack bonus (STAB) of any Fire moves used by a Fire Pokémon is an additional 50 percent. If you slap a held item like Charcoal on this Charizard, then we’re talking an additional 20 percent.

So, if you teach this Charizard Sunny Day with a TM, it can create the Sunny condition on its own and then get a truly substantial boost to every attack.

How to encounter Unrivaled Charizard

If you want to participate in these events online with other trainers, you’ll need a Nintendo Switch Online membership. Offline NPC raid companions aren’t nearly as effective, but it’s theoretically still an option. You’ll also have to download the latest Poké Portal Néws, which should happen automatically if you’re connected to the internet. If not, you can do so manually by selecting Poké Portal > Mystery Gift > Check Poké Portal News from the main pause menu.

But how to find it?

Unfortunately for some, these special Tera Raid Battles are strictly post-game activities, so you’ll have to fulfill a few prerequisites first:

With all of that accomplished, you’ll begin seeing Black Tera Crystals randomly in the wild. Conveniently, you’ll be able to see them on the world map designated by a unique symbol that looks like a darker version of the typical Dragon-type Tera den:

Note that you can only catch one of these Charizards per save file, but you can participate in the battle more times to earn additional rewards.

Because Unrivaled Charizard has a Dragon Tera Type, it’s only weak to Dragon and Fairy attacks, so if you bring a dragon into the fight, it’ll get wrecked by Charizard’s Dragon Pulse move. So you really need some kind of Fairy-type Pokémon (which resists Dragon moves) that can handle all of the Special Attacks it’s going to get hit with. Getting it to Level 100 is also a must. The Fairy-type Eevee evolution Sylveon is a great option, but by and large, the most popular Pokémon to use for most Tera Raid Battles like this one is Azumarill. As a Fairy/Water-type Pokémon, it’s resistant to all of Charizard’s Dragon and Fire moves.

How to get Azumarill

Chances are high that you caught Azumarill’s pre-evolved form already. The Normal/Fairy-type Azurill appears frequently in East Province (Area One), South Province (Area One), and South Province (Area Two). Azurill evolves into Marill with a high enough friendship, so you’ll have to party it up quite a bit at picnics and/or have it hold a Soothe Bell, which can be bought at Delibird Presents. Alternatively, you can just catch a Marill near bodies of water in the south and eastern areas of the map. Then, Marill finally evolves into Azumarill at Level 18.

If you’re already beyond Level 50, however, your best bet is definitely to travel north of Casseroya Lake where you can sometimes find a Marill with a Tera Type around Level 55 if you look for Tera Raid Battle crystals.

You might be able to squeak by with any Azumarill, but for your best chances, you’ll want to aim for a very specific, optimized build.

To start off, an Adamant nature is best as it raises the Pokémon’s Attack while sacrificing its Special Attack. You’ll have to catch another one if it doesn’t come with this nature already, or, if you’re willing to spare 20,000 Pokédollars, you can make it happen by buying an Adamant Mint from Chansey Supply at Mesagoza.

Overlapping with that is the Huge Power ability, which further emphasizes the Attack stat. If you can manage to find an Azumarill via Tera Raid battles, aim for a Fairy Tera Type to further boost the power of its Fairy moves. Across the board, you’ll want to boost Azumarill’s Attack so it deals more damage and its HP to increase its survivability. You can do this by Effort Value (EV) training and/or by using stat-boosting items like Vitamins.

Because you’ll be using a move that consumes some of Azumarill’s HP, give it either a Sitrus Berry (recovers 1/4 map HP when HP is less than 1/2) or a Shell Bell (recover HP from 1/8 of the damage received by allies). You might also consider a Covert Cloak, which cancels out any additional effects from attacks received — so your Azumaill won’t get confused or burned by Charizard’s attacks. Alternatively, a Choice Band would further boost Azumarill’s Attack stat by 50 percent.

Learning Belly Drum is a bit tricky: You’ll have to purchase a Mirror Herb at Cascaraffa for 30,000 Pokédollars and give it to Azumarill after deleting one of its moves. Then you have to put it alone in a picnic with a Makuhita or Hariyama that already has Belly Drum (find either in Area Three of East Province). Play Rough is going to be your primary damage-dealing move, as it’ll pick up a STAB from the innate type but also from the Tera Type. Liquidation is your best option for a Water move, even if you won’t be using it here. (Charizard’s Dragon Tera type resists Water damage!)

The fourth slot doesn’t matter all that much, but we recommend Aqua Ring, which envelops the user in a veil of water that heals them for 1/16 their total HP at the end of each turn. This will help with survivability, particularly if you select an item without a healing effect.

Rain Dance is another valid option. It powers up Water-type moves and changes the weather. Charizard sometimes uses Sunny Day to boost the power of Fire-type moves. When this happens, you might consider using Rain Dance to undo it, but then Charizard is more likely to use Hurricane, a powerful Flying-type move that might confuse Azumarill. With its high Attack, that can be very dangerous for your blue bunny ball.

This is hands-down the absolute best strategy for this specific Tera Raid event, but it’s also one of the best options for pretty much any Tera Raid.

Long, long ago in a region of the world called Kanto, Pokémon trainers starting out their journey to become the very best had to make a crucial decision: Bulbasaur, Squirtle, or Charmander? All three starter Pokémon evolve into tremendously powerful monsters, but thanks to one particularly grumpy Charizard (a fully evolved Charmander) prominently featured in…

Long, long ago in a region of the world called Kanto, Pokémon trainers starting out their journey to become the very best had to make a crucial decision: Bulbasaur, Squirtle, or Charmander? All three starter Pokémon evolve into tremendously powerful monsters, but thanks to one particularly grumpy Charizard (a fully evolved Charmander) prominently featured in…

The Game Awards 2022 stream start time, best way to watch, and what to expect