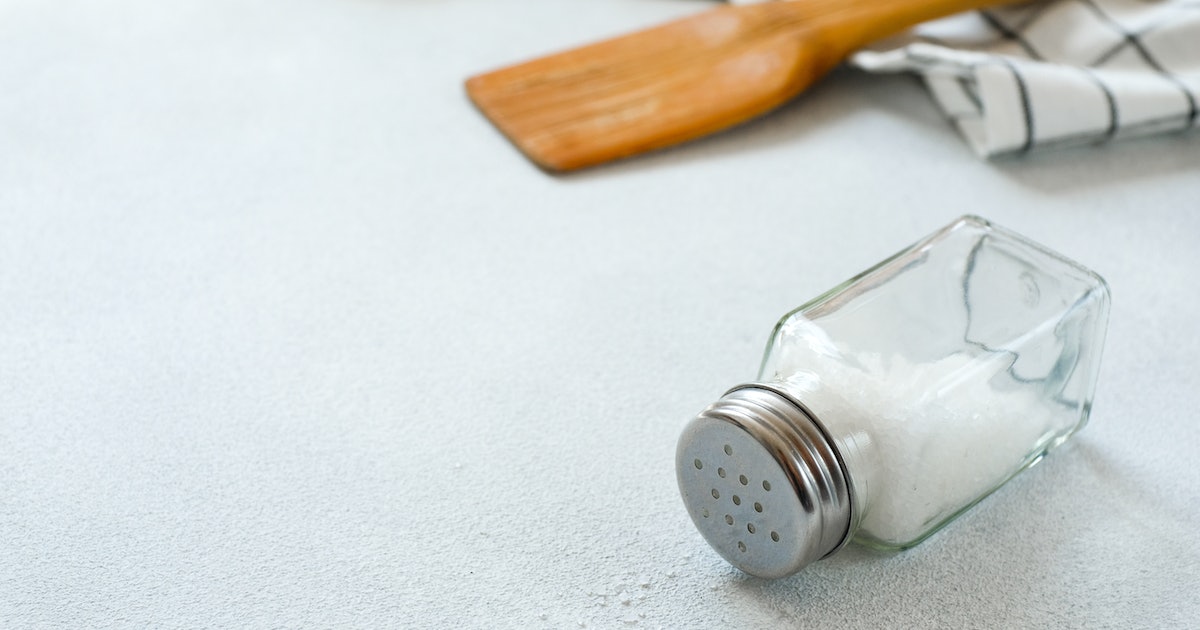 How much salt is too much? Heart health study has a new answer

Unfortunately, some ingredients that make food especially delicious also help drive us to our graves. And it can be hard to make salad as addictive as salt-laden potato chips.

Everyone needs the mineral sodium, but high salt intake is a known risk factor for high blood pressure, which in itself is a risk factor for many other chronic diseases, including heart disease. As substantial as the evidence is, some studies yield conflicting conclusions about salt and long-term health. This one from 2020, for instance, suggests that both high and low salt intake correlated with more risk for heart disease.

There aren’t many effective ways to assess long-term salt consumption, either, so researchers took a different approach. They looked at the relationship between how frequently adults reported adding salt to food and the incidence of heart disease rather than overall salt intake.

The epidemiologists, both at Tulane University, published their findings last week in the Journal of the American College of Cardiology.

Science in action — The Tulane epidemiologists pulled data from UK Biobank, an ongoing longitudinal study based in the U.K., on 176,570 adults without heart disease. Participants in the UK Biobank completed questionnaires regarding how frequently they added salt to meals — not while cooking. Respondents also described big shifts in their diet from the previous five years.

The study used a questionnaire at baseline to collect data on the frequency of adding salt to foods, not including salt used in cooking. Participants were also asked if they had made any major changes to their diet in the last 5 years, as well as to complete 1 to 5 rounds of 24-hour dietary recalls over a three-year period. They also looked at how the frequency of adding salt changed among those who already followed Dietary Approaches to Stop Hypertension (DASH). The DASH diet discourages the consumption of red and processed meats while promoting vegetables, whole grains, and low-fat dairy.

Looking at follow-up data about 11 years after the questionnaires were filed, the researchers caught a strong association between low frequency of adding salt and lowered risk for all heart disease. What’s more, DASHers who didn’t often reach for the salt shaker had an even lower risk for heart disease than other DASHers. According to the paper, participants who reported never or rarely adding salt aligned with a 23 percent lower risk of all cardiovascular disease events compared with those who reported always adding salt.

“This study for the first time investigates the relation between a behavior related to sodium intake — adding salt to foods — with heart disease,” Lu Qi, an epidemiology professor at Tulane and co-author of the study, writes to Inverse. The key is that it looks at a behavior rather than an ingredient.

Why it’s a hack — As for how salt can negatively impact the body, this mineral causes the body to retain water. If you eat a big, salty meal, you may feel bloated for hours after. Fluid retention also can increase blood pressure, which can lead to long-term problems.

This study presents a hack that could apply to everyone. It indicates that however often you sprinkle extra salt into a meal, you could stand to do it less. In fact, looking at how often you salt your food now suggests how your salt habits will persist long-term and affect the body. So if you usually add salt to a meal, that could mean you’re used to saltier tastes. This predisposition toward extra salt, a previous study from the same team shows, points to long-term sodium intake and its impacts.

“Adding salt to food may not only represent the discretionary sodium intake of some individuals but can also reflect the person’s long-term taste preference. In that regard, the frequency of adding salt to foods may be considered a surrogate marker for long-term sodium intake,” writes Sara Ghoneim, a gastroenterology fellow at the University of Nebraska Medical Center, in an editorial comment accompanying the paper.

How it affects longevity — Heart disease is the leading cause of mortality worldwide. In 2017, 17.8 million deaths resulted from the disease. High blood pressure leads to an increased risk of developing cardiovascular disease.

What’s more, hypertension is one of the more preventable conditions. Research points to how lower salt intake “could prevent [cardiovascular disease] by modifying the sympathetic activity and autonomic neuronal modulation of the cardiovascular system, thereby reducing blood pressure and end-organ damage,” Ghoneim writes.

So, another way to look at salt intake could be how frequently you top your meal off with extra salt. The bland truth is that however often you shake more on, you should probably do it even less.

Unfortunately, some ingredients that make food especially delicious also help drive us to our graves. And it can be hard to make salad as addictive as salt-laden potato chips. Everyone needs the mineral sodium, but high salt intake is a known risk factor for high blood pressure, which in itself is a risk factor for…

Unfortunately, some ingredients that make food especially delicious also help drive us to our graves. And it can be hard to make salad as addictive as salt-laden potato chips. Everyone needs the mineral sodium, but high salt intake is a known risk factor for high blood pressure, which in itself is a risk factor for…

Does cannabis smoke cause more lung damage than tobacco smoke? A researcher reveals the truth