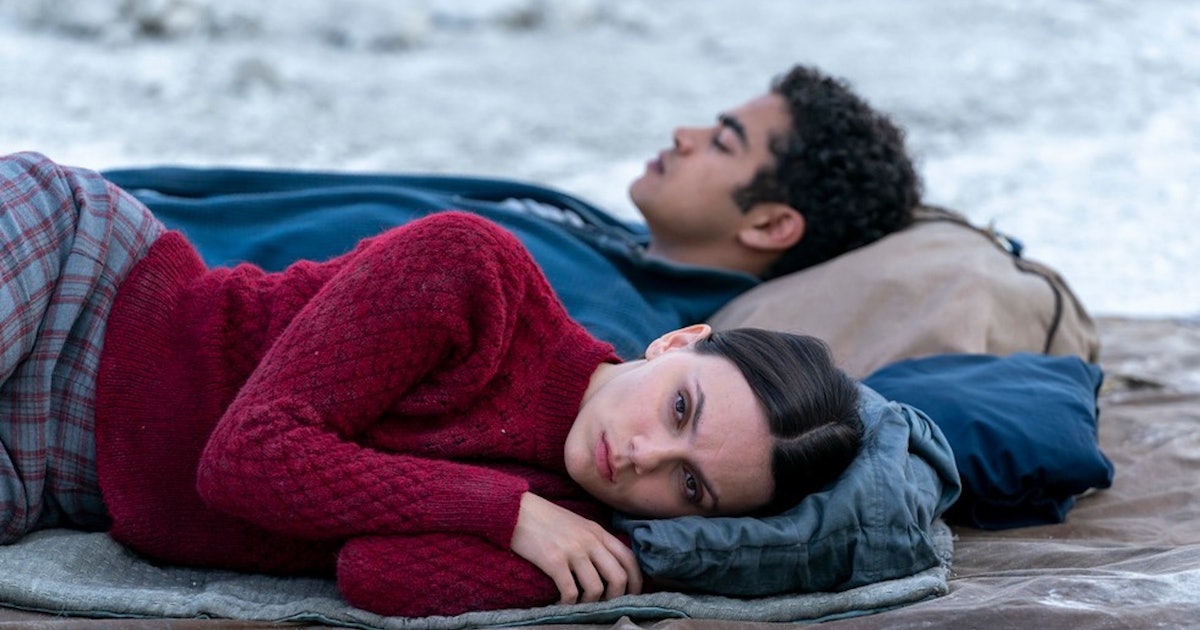 They’ve snatched the Golden Compass, they’ve found the Subtle Knife, and now all the second-coming of Adam and Eve have to do is acquire The Amber Spyglass to restore free will and consciousness to all mankind across all parallel universes.

No biggie! HBO’s His Dark Materials Season 2, starring Dafne Keen as Lyra Silvertongue and Amir Wilson as Will Parry, came to a meteoric and melodramatic end on Dec. 20, 2020. Prophecies were told, major characters were slain, and angels appeared at the request of a man accompanied by his literal spirit animal, a snow leopard.

Such is the fantasy zaniness, sci-fi complexity, and glaring anti-religious fury of HBO’s grandiose on-screen adaptation of Philip Pullman’s book trilogy of the same name. His Dark Materials Season 1 took place in one universe (Lyra’s), and was slow and steady in its worldbuilding, but Season 2 upped the ante three-fold, plopping its characters in two other parallel universes and introducing a bevy of new beings and MacGuffins. The sophomore season may have only lasted seven episodes, but it was jam-packed with information viewers may not remember going into Season 3, two years later.

So here are three key things you need to remember before His Dark Materials Season 3 airs on HBO on Monday, December 5.

Eve: If you hadn’t already guessed it from the plethora of Biblical parallels and allegories in His Dark Materials, per the witches and Lyra’s Marisa Coulter (Ruth Wilson), Lyra is the prophesied, second-coming of Eve. Marisa is desperate in “preventing the fall” of Eve, which is responsible for mankind succumbing to sin, but the witches are certain that Lyra will instead free all of humanity, across all worlds, with consciousness. (The Adam to Lyra’s Eve is, presumably, Will.)

The Serpent: And if Lyra is Eve, then there must be a Serpent who will attempt to lead her to temptation. She comes in the form of Dr. Mary Malone (Simone Kirby), an astrophysicist and neuropsychologist at St. Peter’s College, University of Oxford, who is researching how dark matter affects human consciousness. Throughout Season 2, she meets Lyra, and tempts her with “the apple”: knowledge of dark matter, and a subsequent desire to bring free will to mankind via Dust. Dust is an elementary particle straight from the angels that bestows consciousness on some beings and makes them sentient, and the crux of the oncoming war on Heaven being waged by Lord Asriel (James McAvoy).

Towards the end of Season 2, Dr. Malone finds herself in the world of the Cittàgazze — the one with the soul-sucking Spectres (who can somehow be controlled by Marisa), to further her research and aid Lyra, Will, and Asriel in the upcoming war. Given that Dr. Malone plays an integral part in the creation of the Amber Spyglass, expect to see a lot more of her in Season 3.

Lord Asriel: Unlike Marisa Coulter and the Magisterium, who see Dust as the root cause of sin, Lord Asriel has a more atheistic approach toward Dust: it’s the reason why humans have free will.

Both Marisa and Asriel (the biological parents of our story’s hero, Lyra Silvertongue) have committed objective goods and objective evils to take a win for their ideological side. Marisa and the Magisterium want to eliminate Dust in Lyra’s world to have total authority over humanity (via daemon severing) and Asriel murdered Lyra’s best friend to open a portal to a parallel universe, one he’s building to be The Republic of Heaven. Asriel isn’t seen again until the end of Season 2, pleading to the witches and to the angels to stand with him in the forthcoming war that will determine the fates of both Lyra and Will’s worlds — and possibly others.

Colonel John Parry/Jopari (Andrew Scott): Aeronaut Lee Scoresby (Lin Manuel-Miranda) and self-appointed shaman Jopari — who also happen’s to be Will’s father — do not survive a violent encounter with the Magisterium. Both Lee and Jopari’s deaths are tragic: Lee, and his plain arctic hare daemon, Hester, doesn’t survive a bullet wound, and the witch Serafina Pekkala (Ruta Gedmintas) isn’t able to save them on time. Jopari escapes the scene, and Will reunites with him.

Will is shocked to see that his long-lost father has an osprey daemon, Sayan Kötör, and Jopari is equally puzzled to find that his son is the bearer of the Subtle Knife. Jopari pleads with his son to take the knife to Lord Asriel and to side with him in the war to come, and Will reluctantly agrees to do so only if Jopari returns home to his original world after the battle. Unfortunately, Jopari’s destiny is sealed: he is murdered shortly thereafter by a Magisterium soldier, protecting Will from being gunned down.

The Land of the Dead: In the post-credits scene, Roger Parslow (Lewin Lloyd), the deceased best friend of Lyra and victim of Lord Asriel, is seen in his spectral form in The Land of the Dead. We won’t spoil what’s to inevitably come in the third and final season of His Dark Materials, which will adapt Philip Pullman’s The Amber Spyglass, but we can cautiously and conservatively guess that not only will we be seeing Roger on-screen again, but also Lee and Jopari.

His Dark Materials returns to HBO and HBO Max on December 5 at 9 p.m. ET/PT.

They’ve snatched the Golden Compass, they’ve found the Subtle Knife, and now all the second-coming of Adam and Eve have to do is acquire The Amber Spyglass to restore free will and consciousness to all mankind across all parallel universes. No biggie! HBO’s His Dark Materials Season 2, starring Dafne Keen as Lyra Silvertongue and…

They’ve snatched the Golden Compass, they’ve found the Subtle Knife, and now all the second-coming of Adam and Eve have to do is acquire The Amber Spyglass to restore free will and consciousness to all mankind across all parallel universes. No biggie! HBO’s His Dark Materials Season 2, starring Dafne Keen as Lyra Silvertongue and…